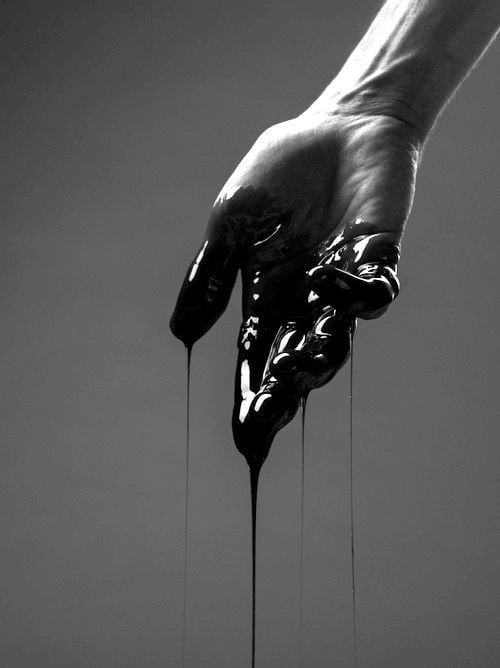 “Why Morgan?” Enos asked, blunt and not very amused. The Fell God now named Morgan stood before him in the Hall of Origin. The hall was made of white marble, large pillars holding the hefty weight of the high ceiling and a gold carpet sprawled over the floor leading right up to the throne. The hall seemed to go on forever, but if one walked away from the throne with a goal in mind, they would find their way. “Why would you take THAT name? It doesn’t suit you at all.”

Morgan, like oil, stained the purity of the space, his foul presence stinging and pushing against Enos’ aura. Morgan was tall, taller than Enos, with straw blond hair that was ruffled up and black robes, most strikingly was the eyes. The side effects of fell magic poisoned Morgan, those eyes with black sclera and red irises unsettled most beings that looked into them.

“It was a gift,” The being now known as Morgan replied, offended. “Annalise named me that.”

“Annalise? A human?” Enos stared right into those monstrous eyes, and was met with the same stubbornness Morgan always had even before fell magic slowly seeped into his very being, robbing him of his divinity. “For being what they call a devil, you sound like you’re doing a horrible job at that. Are you seriously fraternizing with humans? And a woman who thinks it to be a good idea to name you Morgan?”

“First off, Annalise is a girl, and a very good pal of mine.” Morgan retorted.

What good was the god of so-called evil if he so readily associated with a little girl named Annalise and allowed said Annalise to call him Morgan? He had enough gall to insist that Morgan was to be his formally recognized name too, the lout. Enos scoffed – some of the other gods had stupid, gifted names from humans. They loved it when the humans named them. But humans had bad taste…

“Yeah. Don’t you go bothering her now.” Morgan grinned. Lips parted over sharp teeth, Morgan’s eyes had a spark of mischief in them. “I might just kill you this time, for good – or tell everyone about all your ‘fraternizing’ as you like to call it these days.”

“Keep telling yourself that,” Enos said curtly, and waved his hand to usher the fell god away. “Get out of my sight. I have no need for a useless demon like you.”

“Oh, you love me. You know it.” Morgan laughed.

Morgan, like oil, tended to be difficult to get rid of. He showed up whenever he wanted. He wouldn’t take no for an answer. Enos tried to ignore him. The little gadfly of the fell god never went away, hovering about, pestering Enos as he moved to leave the hall.

“What makes you say that?” Enos shot Morgan an annoyed stare. “If you must know, I am upset that you summoned me here in the Hall of Origin and all you want is small talk. Only come here if you desperately need my help.”

“A lot of things, really,” Morgan ignored the little rant. “You’re not making fun of me.” Enos blinked in surprise, raising an eyebrow.

“Do you… want me to insult you? I’ll gladly do it,” Enos was confused, but did not flinch as Morgan moved close, that toxic aura of his overwhelming.

“Yeah, kind of,” Morgan admitted, uncharacteristically soft. “When you’re upset you don’t have the energy to take low hanging fruit. It’s kind of sad to see you so quiet. I don’t like it.” Enos laughed, this time a smile breaking out across his face.

“You’re an odd creature,” He said, Enos remaining still when Morgan’s hands cupped his face. He was cold to the touch, he always was. Enos knew this song and dance, and there was no point in acting like he didn’t want it to save face. “Well? This is why you came, isn’t it?”

Morgan’s kisses are rough and imposing, the taller man forcing Enos back and nipping at his lips to gain entry. Enos returned the kiss with the same fever, letting Morgan guide him backward until his ankles hit the edge of his throne and Enos collapsed into it.

“Yeah. So when you’re doing all your serious business here, in front of everyone else…” Morgan’s voice grew low and sultry, pushing Enos’ shoulders against the stone and his sharp teeth grazed over the shorter god’s neck. “You’ll think about this and how I made you so helpless beneath me.”

“Still on your power trip, I see.”

“Well, I did make you feel better.” Morgan broke character, for a second, answering so earnestly Enos laughed again.

“Oh? You think just fucking me will get rid of a bad mood?” Enos snarked in reply, gasping and shuddering when those teeth broke his skin. “Don’t do that, jackass.”

“You won’t. You do all your thinking with your cock. Are you really going to let it down?”

Morgan bit him again, and Enos took that as his cue to shut up.

Morgan, also known as the Renegade God, stood with his back to Enos, but Enos didn’t need to see him clearly to know what he had done. At his feet were the bloodied remains of – ah, Enos could pick out who it was that was in a few pieces – Aureola, god of unbound energies – alas, he bitterly thought, the universe would function without him but it would still be a pain.

“You think this is the only one?” Morgan turned, grinning, face splattered with blood. What a fool, Enos thought, he had purposely done a sloppy job. How many other gods had he slaughtered carelessly for his own sick blood lust?

“When you put it like that, no.” Enos answered, and Morgan laughed.

“Enos, even now you still mock me?” Morgan’s voice was a low, guttural growl, but he still smiled. He still laughed the words out, taking a step closer to Enos. He was barely retaining his human form, hands twitching and the skin rippling into black scales. “You never took me seriously, Enos. That will be your downfall.”

“How can I – with a name like Morgan?” Enos laughed bitterly, drawing his divine sword, blinding white light reaching out from the blade.

Morgan, like oil, was suffocating and heavy, with his hands around Enos’ throat and squeezing what air is left out of him. He can’t help but wonder if this is how it’s all going to end. Enos has died a few times already over the course of this skirmish between himself and the fallen god, but Morgan has the upper hand. He choked Enos until he could breathe no more and died, and when Enos revived the process repeated again. Yet every time, Enos claws at Morgan, desperately attacking with what little strength remains – This could be the last life, he thinks in his panicked haze, I could really die this time and my pitiful, short reign as the strongest of gods will end.

The divine blade, unable to be broken, was just out of Enos’ reach. He can see it through his tears (when did that start happening? Enos never cried) because the blade still glowed with a strength that Morgan cannot touch. Feebly, with the faint glimmer of life that remained in him, Enos reached out, fingers grazing the hilt.

“Enos, you dumb slut.” Morgan took one hand away, clenching Enos’ hand in his – it was barely human anymore, a dragon’s claw that curled and the talons pierced into Enos’ flesh. Morgan strangled him harder – Enos couldn’t scream at all. “I’m not so stupid that I can’t tell you’re trying to escape.” Even so, his grip loosened, ever so slightly, and Enos could get a sliver of air from the tiny mercy.

“Morgan…” Enos rasped, struggling uselessly against the one hand that held him down, kicking and squirming like it might help. Morgan just laughed.

“Dammit, Enos. I have you right here, I could make good on my promise…” Morgan sighed wistfully, his grip easing up more. “Mm. I’d miss you. You struggle so beautifully.” He let go of Enos’ hand, gently stroking his face, and Enos shuddered.

In that moment, Enos snatched the blade, thrusting it right through Morgan’s shoulder, the fell god howling as the holy blade burned him.

Something felt a little empty now, even though there was no reason to miss the presence of the fallen god.  Morgan now resided in another plane of existence, alone and imprisoned for hopefully the rest of eternity. A god who was poisoned by fell magic and could not control it could simply not be allowed to live among others. Enos counted, ten gods both major and minor, dead at Morgan’s hand. All of them died horrible, slow deaths, far worse than what Enos was subjected to.

His wounds healed themselves within a day, as they always did, but there was a phantom hand around his throat. It took effort to draw in every breath, and it only lends to a sickening unrest in Enos’ stomach. He was safe. He was not suffocating. But it still felt like he was underwater.

Morgan, like oil, still lingered. Even when he wasn’t there. There were no longer any of the bruises from Morgan’s fingers on Enos’ neck, but he could still feel them burned into his skin. He was a god, for fuck’s sake, the leader of them all, the Original One, and he was being dragged down by sickness of the soul. How pitiful. Perhaps Morgan should have killed him when he had the chance.

“Why did he let the silly human name him Morgan?” Enos lamented, to no one in particular, alone on the shore of the ocean. It was the only thing that calmed him. “What a stupid name.”

Morgan, Morgan, Morgan. Unfitting for he who was one with fell magic. He who killed his brethren. He who Enos hated yet missed all the same.

Of course, he remembered, Morgan had felt similarly to his own human name.

“Why in the seven hells did you let the human call you Enos?” The fell god not yet known as Morgan asked, scowling.

“Because it’s… close enough to my true name, and it’s less suspicious when I deal with humans,” Enos explained, calmly. A woman he respected greatly had bestowed this gift upon him, and he intended to take it seriously.

“You should have been gifted ‘Fool’ for a name,” Not Quite Morgan muttered.