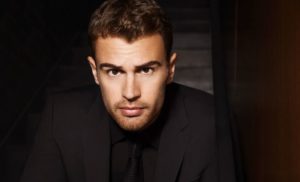 Maks had been In the Hindu deity realms for some time. Time spent there simply didn’t exist. Time wasn’t a construct that really existed there. Maks had been exploring the parts of the realm that interested. To the rainy realms to the fiery realms, he had been trying to get acclimated to the new surroundings. Now Agni decided he wanted to try to visit Maks, the one person who had power that could possibly rival his own when it came to fire. He would visit the fire god while Kali had tended to her deity duties. He would appear out of nowhere, surprising Maks in the process over at the beach where he and Kali resided.

“ You’re worse than my father.”

Agni grinned. “ Where do you think he got it from? “

Agni then went into his human form. He wore what looked like jeans, shirt, leather jacket and tennis shoes.  “ I know you are eager to learn from me. That you think you are ready to take on anything that your heart desires. But this isn’t going to be some cake walk. If you’re going to learn from me.. You’re going to focus less on what people think of you. You’re not them. You are you, what you’re meant to be. I see a lot of potential “

Agni would move his hands a little bit and there would be some candles in the sand. “ You know that I can be at several places at once. I know it is possible. Not to mention this could also be a good way to travel if you are in trouble. Easy way to get there to Kali. As long as there is a source of fire, you can be at several places at once. For you to do this, you must let your anger go. “

Maks looked to Agni. “ Let go of my anger? I don’t know. “ Agni looked to him. “ You must. Any past grievances you have. You must start anew. Much like the phoenix that you are. “ Maks would nod to him. He wanted to make this work. He wanted to let go of any bad feelings he had towards others. The other phoenixes, Kirk and the others. He had to focus on the now and what he was capable of.  He took a deep breath. He was trying to keep the focus on that.

Agni would step back while he let Maks try and do this without getting frustrated.  With ease, Maks started to form the flames that would start to engulf him. He closed his eyes, letting him become the flames. “ Never gets old.” He would whisper out, the sounds of the flames from the wind would make his voice seem a little quieter.

He would then take that leap of faith. Letting go. The fire that was once Maks looked like he was vanishing. Like he was no more. Agni was smiling as he knew he could do this. Maks would seem to vanish like he was gone. The candles would then start to ignite on their own. One by one. “ Wow.. I can see you at all angles. This is something I will have to get used to. “  Agni smiled. “ Wasn’t so bad was it? “  Maks then emerged from the flames like it was nothing. “ Wasn’t as bad. Though I do want you to keep working on this while you can until we meet again. And it will be out of nowhere. Just warning you. For now, I will depart.” And like that, he was gone.

Maks would shake his head. “ Yup, much like dad. That doesn’t get old. “ He laughed a little bit and relaxed. He felt better after he had done that.