Home Memories can kill, if ya let ’em…

Memories can kill, if ya let ’em… 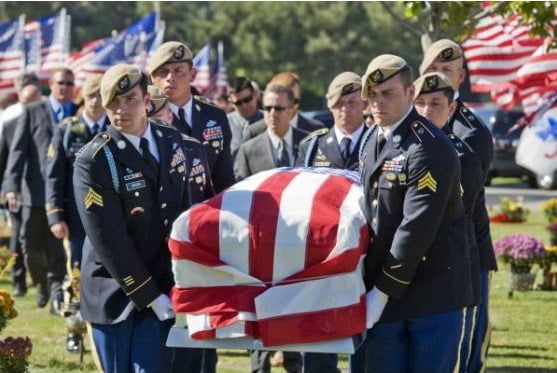 – The Bugle sounded “Taps”, as the sharply dressed detail of 6 Army Rangers folded the American Flag. Silently the family set beside the graveside, the wife weeping, sobbing echoed through the cemetery. From a distant hillside, standing alone, shadows from the tree’s he stood beside, saluted a lone figure. Worn fatigues, the only newer looking piece of material, set atop the lone soldiers head. A fresh looking Khaki beret, the Rangers 3rd Battalion flash adorned the wool cover. Upon the sewn flash itself, rested the brilliant flashing crest of the Regiment. Slowly the saluting hand came down, as the 7 man firing detail slowly made ready. Parade perfect M-14’s rested in their white cotton gloved hands, as the Sergeant of the Guard gave the command to ” Make Ready”. In unison, the blank rounds were loaded into the weapons breech, as the Sergeant then barked, ” Aim!…Fire!” The firing detail would raise their weapons up, aiming at a point already discussed and agreed upon, counting down the seconds from the aim command. The prep command given, they automatically had begun the count, and when the first portion of the command to “Fire” was given, were already squeezing the trigger. Twice more the detail would repeat the action, all in practiced unison, as one. The sergeant, would then give the command to ” Present, Arms”. Each rifleman would then salute with their weapon, until the command was given to ” Order, Arms”. They would then be given the command, ” Right, Face”, and would begin marching respectfully off the field of Presentation. After the ceremony and funeral were concluded, would a detail come and later on “police” up the spent brass. –

– Hawkins would perform an “About Face”, and walk down the other side of the hill slowly. A casual, wind would blow, as he reached up, and made sure his beret flash, was centered over his left eye. The wool material flap, crested over the left, and hung just about eye level with his right. The weathered, hazel eye would look out, from underneath the hanging piece, unflinching, ever watching. Reaching into his pocket, he turned the corner, and saluted an officer walking into the cemetery. – ” Rangers Lead the Way! ” – as the officer returned the salute, responding – ” Sua Sponte Sergeant..Carry on..”

– Hawkins would continue on his way, a bitterness coming to his memory. A life that was once his, a life that once, could’ve been. Gone..a man..gone, due to what?..A hope? He spat as he glanced down the street, looking at the ” Redemption, and Last Hope Bar “. With a lopsided grin, he shrugged to himself..- ” Why not…”

-Things were about to get really fucked up…-