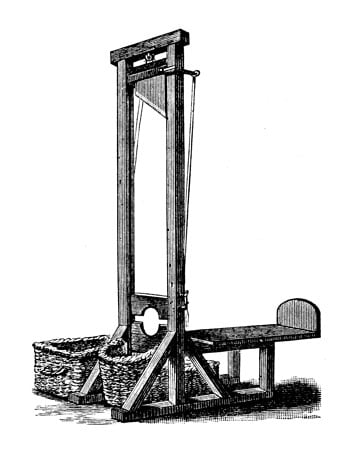 He did not know he was having a nightmare when it started.

The Danish ship felt real. The wooden planks, the sea-salt soaked ropes, they were all exactly as Hamlet knew them to be. Shrouded in a black cloak against the chill of the air, he leaned against the mast and watched the crew moor the boat. Next to him, Rosencrantz and Guildenstern fidgeted. They seemed warmer than Hamlet, who was near shivering at the wind cutting through him, but they seemed more nervous. Guildenstern’s fingers flicked over the seal of a letter over and over again.

Hamlet watched the motion of his fingers on the seal distractedly.

Ere we were two days old at sea, a pirate of very warlike appointment gave us chase.

So why now was he in England? Why did Guildenstern hold an unopened letter, an unchanged letter? Some part of Hamlet knew what that meant, and he shuddered even more. The rest of him leaned dully against the mast and watched the motion of Guildenstern’s fingers over the perfect seal.

“Come now,” Rosencrantz said to Hamlet, a bit abruptly. “We are to the king, now. There they’ll give you a greeting as befits the Danish prince. This clime will do you good.”

“This clime?” Hamlet wrapped the cloak very tightly around himself, and nodded. Rosencrantz’s hand reached out and took his forearm, tightening on it firmly as if to stop escape. But Hamlet was not about to try to escape. Something within him told him there was no point.

The walk to the palace was characterized by a dull mist that spread across the entire street, and Hamlet stumbled more than once on the stones, falling against Rosencrantz and his other guard. Silently he pushed himself up and resumed pacing, grateful for their hands on him. Guildenstern walked ahead, finger flicking over the seal on the letter.

If people spoke to him he heard it not, and if he spoke himself it was in a blurred whisper. All was that way until they reached the king and Hamlet remembered the contents of a letter he had not read.

No leisure bated, not to stay the grinding of the axe…

“This is no palace,” Hamlet said as they approached a dais in the center of the town. All about them was mist. Hamlet could see nothing, no houses, no shops. Just a dais and a wide, flat expanse of mist. “What mischief do you–”

“Calm down there shorty,” the guard on his right said, with Azazel’s appearance and Azazel’s voice now. “What do you think?”

Hamlet gasped at him and struggled away, staggering into Rosencrantz, who caught his arm with more firmness and dragged him to the top of the dais.

As he fell on his hands and knees on the platform, Hamlet looked up sharply. The mist had faded to be replaced by a crowd of horrifyingly familiar faces. What he had assumed was a flat platform–what he had seen to be a flat platform–was no longer such, but held at the end of it a structure that Hamlet had not seen except in drawings he’d perused of old history.

“Hamlet,” a voice in the crowd called, and Hamlet looked down sharply.

“Hamlet,” the synth repeated, examining a crossword, “what’s a ten-letter word for a device used in the French Revolution?”

They caught him up, familiar hands and familiar faces all, and they dragged him to the guillotine at the far end of the dais. A wolf who Hamlet knew to sleep on his feet dug teeth into his ankle to hobble him, forcing him to his knees. A voice uttered a spell and golden ropes wrapped around Hamlet’s wrists to hold them behind his back, and the executioner closed the stocks over his neck.

The wood of it was cold, and damp. It matched the world, for everything here was cold and damp. Hamlet watched the crowd with wide and panicked eyes and breathed in soft whimpers. He recognized every single face in the audience, but there were some missing. Important ones missing. There was yet hope. At this instant, however, rough wood chafing around his neck and wind raising the hair on the thin stripe of his neck left revealed for a blade, all he could think was that he did not want to be cold when he died.

His spirits raised as a figure in white stalked out sharply to the end of the dais and called, “Hamlet!”

Dream stared at him coldly. “Hamlet, prince of Denmark, you are hereby sentenced to death according to the wills of your father the king and for the further health of Persistence, the Dreaming, Denmark, and New York.”

“This is cheap melodrama,” Hamlet gasped, “this is maddening! You are no English king!” He cast his eyes around wildly. All around him were blasé appearances, bored expressions. A few people who disliked him seemed eager. Most seemed rather neutral. They were waiting, Hamlet realized, for the blood. The pleas were unimportant.

“They had a letter,” a woman by Dream’s side said. “So it’s not melodrama, it makes sense.”

“Lady?” Hamlet asked softly. He twisted his head in the rough collar, and stared up at Dream, whose eyes had lost their starriness and were just black.

And he wanted to say that melodrama did make sense, it appealed to the most fundamental, childlike sort of sense there was. The type that made you dream your friends watching your death when you were lonely, the type that clung to what could have happened instead of what did.

He did not say anything, however, because Dream motioned sharply to the executioner, who reached for the lever.

“Please!” Hamlet begged, twisting around to look up into the executioner’s eyes, and found he couldn’t. They were hidden behind circular red glasses, but that didn’t matter, because Hamlet knew that beneath the glasses they were sightless and brown.

The blade came down with a metallic shriek.

Hamlet sat bolt upright in bed, and he grabbed at Matt’s arm. “Please,” he repeated sharply, and listened as his own heartbeat slowly started to lose its panic and slow down. Matt stayed asleep, and Hamlet eventually lay back down by him, shuddering. He reached for the nightstand, absently, fumbling at the drawer. His fingers brushed past miscellanae and stopped when they touched a wooden cross.

He did not often have nightmares, and when he did they were always about  events that had happened.

Hamlet, in some shaking dread, ran his fingers over the cross in the same methodical way Guildenstern had been rubbing the seal, and mouthed a silent prayer.

“I thought myself unlucky for the dreams of remembrance, of poison and death. And yet I realize now I was fortunate. The unluckiest in the world are oracles, that dream of events yet to come.

“Never let me be one of those.”

For everything to be consummated, for me to feel less alone, I had only to wish that there be a large crowd of spectators the day of my execution and that they greet me with cries of hate.