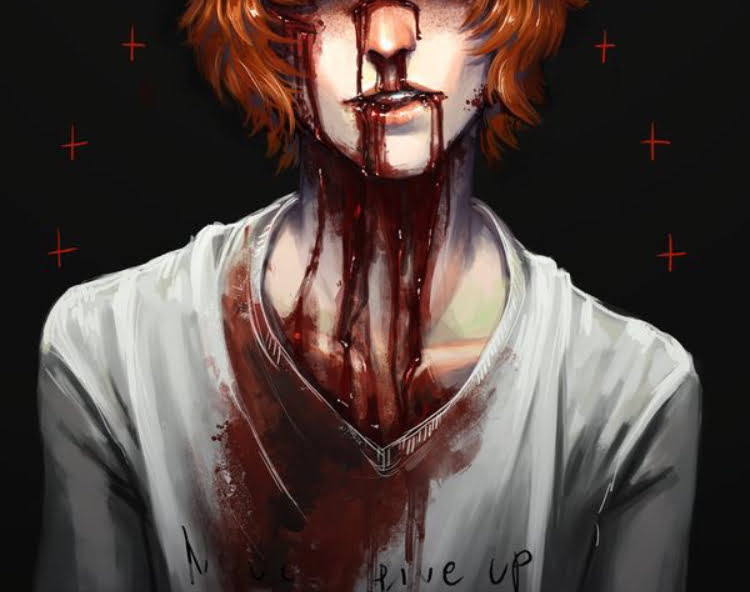 There had been a time when the sensation of blood wasn’t a comforting one.

But that Timothy O’Hare is long dead and gone.

Now, he only truly trusts seven people. And he’s seen six of them die. Now, he carries weapons on his person, disguised as they are. Now, despite that, he can’t bring himself to draw them, for fear of what he might do. He’s scared. He’s furious. He’s broken. He’s been torn apart. Shattered. Spit on. Crushed to a bloody pulp of a man. He is a disgusting, weak, brittle, hideous, cowardly excuse for a man. Fuck, if Syn weren’t holding him there right now, who knows what he’d do.

The only comfort that he has left. …She smells like home. She’s apologizing for something… he can’t remember what. He’s tired, though. His hands sting… and his feet, face, back, arms, legs… but that is to be expected when you come to on the floor, surrounded by the remains of a broken window. And mirror. And the glass from the bedside table… and Synaelia’s glasses. …He’s guessing this is his fault. He opens his mouth to say something, but his words die off in a little grunt at the cuts on his face shifting. He knows it’s terrible for that to help calm him down. He’s a terrible excuse for a person… but… Oh. Oh dear. Synaelia is shaking… more than he is, even. She’s… fuck, she’s crying.

He brings his arms up around her too, doing little more than draping them over her back, and humming quietly. She’s strong… stronger than him. She can cry in privacy, where he goes numb. She can keep herself together when she needs to, and he… is a fucking mess. She can restrain herself, if she chooses to, and he… has very little self control.

A flash of not many days ago, kneeling in the corpse of-

No. No. Stop it. Thinking about it will only make him feel worse. And… he can’t do anything about it now. He left the dagger behind when he left. And… it was only fair that he got hit in the face with a shovel. It was only fair that he was to be killed. He can understand that. That doesn’t mean he’s any less terrified of the idea of them finding this reality. He had been an ally, but… he killed the Matrea. No Div is going to be happy with that. And… gods, all she was trying to do was make sure he could defend himself, and he lost it. Panicked. And then… it was nice. And he didn’t want to stop. He felt calm, for the first time in so long… right up until he realized what he had done. And he couldn’t find his way out. And…

Synaelia’s shaking voice breaks him out of his thoughts again and his burning lungs drag in a frozen breath.

Earth below and sky above. He needs some fucking help.

But… he has no intention of getting it. Not that he’ll tell her that.