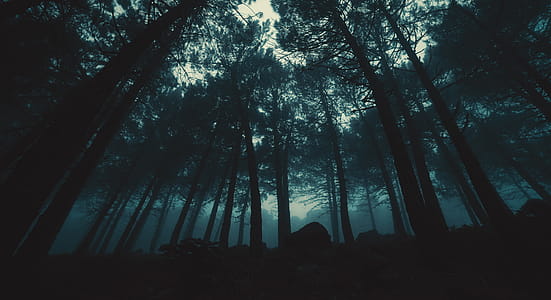 Had the sun set? She’s been too distracted to tell. Too distracted trying to figure herself out. She keeps thinking about how odd that is, which then distracts her from her main point. Which then leads to her losing track of why she’s sitting out in the wet grass in nothing but a pair of shorts and a sweatshirt. Did it rain while she’s out here? Everything around her seems to be wet. Maybe her psionic energy did something on it’s own and she was too distracted to tell.
Maybe distraction isn’t that bad. Distraction is just another form of ignorance in a way, and ignorance can be bliss. Although, it’s not that she’s ever believed that. She did start Vietnow to pretty much rebel against that and a few other things.
Her eyes move to the now black night sky, watching a cloud roll past with out any hesitation or care in the world for what Zoey’s going through. Who would, and if they did, how would one help? They can’t. How can one help someone figure out why they exist?
Maybe she’s just going through some mid-life crisis and this is just the normal cycle. Who knows.
Thinking about it now, she doesn’t have anyone to fall back on. If she ends up dying, then her family will have nowhere to go. No safe heaven. No one there to protect them. Her brother would have been if not for his untimely death. Why couldn’t he have come back, just one more time? Once more, so that Zoey won’t have to worry any further about who or what is going to protect her family before she goes?

Maybe she’s worrying too much. Anxiety and all it’s wonderful perks.

She blinks, her senses fully registering where she is. Taking in the calm of the area around her. The mist of the fog, the sounds of crickets. The way the moon light moves between the leaves and shines down upon her. The soft grass gently brushing against her legs. Embracing the moment. Remembering that the pain she’s felt is in the past. An illusion. Something that won’t effect her now. Her worry is just driven off that pain. That experience. She needs to move on. Soon.