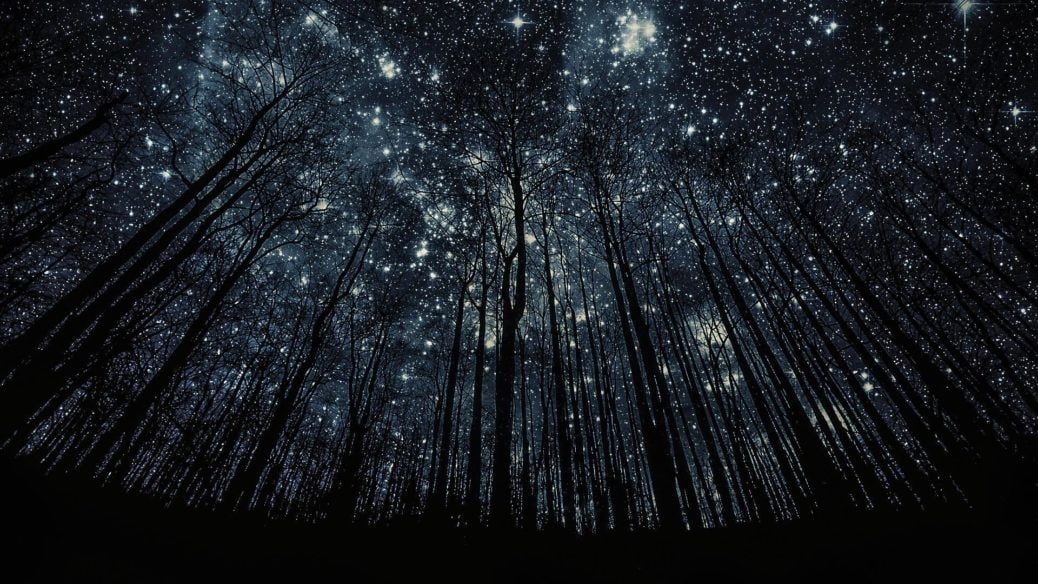 It was late. Very late. Lily doesn’t even know the time. She stopped caring. She’s home. She’s safe. She has Zoey. She has Vera. That’s all that matters.

She sits atop the roof of Vietnow. Simply gazing out at the stars, wondering which one is Earth. Is it that one? Who knows. Earth is a life she left behind. And she’d do it again if she had the choice.

But with Zoey… Zoey’s concerning her. The Servant had done something to her. Something Lily is sure no one else could do to her, no matter how hard they try.

Lily can sense the conflicting voices in Zoey’s mind. It scares Lily. With how Zoey’s been acting.. With how… distant she’s becoming… It’s probably the scariest thing she can think of. Almost as bad as straight up losing Zoey.

She pulls at the blanket she brought up with her, looking at the ground below her with a distant gaze. Lost in thought.

Then he shows up.

Lily frowns.. “No. Still bad though.” She says, over her shoulder. Desmond had teleported behind her somewhere. Fuckin’ teleportation, it gets to her. More specifically when Desmond uses it. Then again, he is Vietnow’s top informant. Lily often wonders how much eaves dropping one has to do to get the information he manages to gather.. And to what extent one would have to do it.

He sighs… Lily could tell he was stressed. “You okay?” She asks, trying to act concerned for his well being. Desmond takes a second… “Sort of. Seeing Zoey like this bothers me.” He walks up and takes a seat a foot or two away from Lily. His attire being a bit different than usual.. But it seemed familiar.

Red flannel button up, black t-shirt, and a pair of jeans.. Not his usual fancy attire. His hair falls in front of his face as he sits, covering his eyes. Not that he cares, anyways..

He says, “Honestly? I thought it would be worse.” Lily blinks… “Worse?” She asks, focusing her eyes on him. Desmond nods, and continues.. “You saw her power. Even before hand she was strong.. but.. with what happened a couple of weeks ago..” His voice trails off.. Lily could feel the fear in him. He was scared. Genuinely scared. Lily exhales a small bit before saying, “She’s incredible…”

Desmond scoffs. “That, is an understatement. The way I see it… She can challenge the gods if she so as much chose to.” Those words… threw Lily off. Challenge the gods? It doesn’t seem like something Zoey would do..

Then again, Zoey’s done alot of things she wouldn’t do..

There’s a few seconds of silence, and the two find comfort in it.. Lost in thought, they would be.

Desmond breaks the silence.. “What do you see in her?” Lily’s gaze goes back to the stars for a moment…

“Strength. Not actual physical… Just… I dunno. She goes through so much and gets through it with a smile in the end.” Lily smiles. “And hell, she is my little ray of sunshine.” Desmond glances at Lily a moment. He says, “You call her that alot. Why is that?”

Lily leans back a small bit, her eyes back up on the stars… “Cause in truth, in this dark time we call life, she’s what’s kept me goin’.”

Desmond sighs… So the feeling is shared between the two.. He stands up and says, “Well, you two have fun together..” How ever, before he could teleport off, Lily asks, “Where is it you go when you’re not with us?” Desmond stops…

“That… Is none of your concern.”

And he’s gone… Just like that. Lily always has wondered about Zoey and Desmond’s ability to teleport.. They just sort of vanish, no extra effects.. none of that. Just… Gone.

Maybe it’s time for Lily to call it a night, too.. She pushes herself up, jumps off the very edge of the room, grabbing a hold of it just as she falls, making a small swing into the porch and.. right back inside.

Right back to Zoey.