Home Parasitus Alba Pt. One – Insight to a new breed of Vampire

Parasitus Alba Pt. One – Insight to a new breed of Vampire 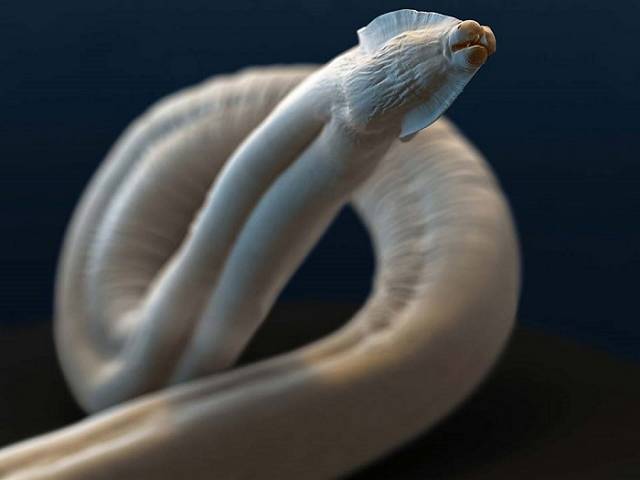 Parasitus Alba is an uncommon variation of the vampire curse besought upon mortals. The first known case, or occurrence, was through a human turned vampire known as Judah Admeta. Judah possessed a gene that when presented with the vampire curse, mutated into the first Alba strain that later progressed into a mutated variety of vampire that is both uncommon and, to an extent, a danger to it’s own kind.

When a mortal is presented with the common vampire curse, initiated through blood letting, the Alba strain, very much like a parasite, latches onto blood molecules inhibited by the carrier that are then swallowed by the mortal. The mortal in this case experiences a change in themselves right away that includes heightened senses, even touch, but are not limited to increased strength and awareness of the world around them. Since the human genome is very malleable during this stage, their body undergoes a change that makes everything hyper sensitive and has been known to create a sense of euphoria and ecstasy quite like orgasm.

Because the strain is more like a parasite than a curse, the infected vampire’s bite acts as both a numbing agent and spreads a hormone through it’s fangs that is the equivalent of venom. That venom attaches to nerve cells which travel through one’s body igniting every other cell it comes in contact with to produce an effect synonymous with pleasure. In some cases, a scratch is enough to elicit a partial effect and in others, a full bite can render a person unintelligible, an effect itself caused by the dulling self-preservation instinct most commonly found in animals, mammalian or other.

While the typical vampire curse would initially kill your mortal body during this stage to prepare it for vampirism, the Alba strain instead keeps it alive but puts your body in a state of momentary torpor, or deep sleep, to allow the changes required to take place. The very first thing the Alba strain does is replace both red and white blood cells with back up data that is then recreated and flooded throughout the neonate’s body. The first organ to change is, instead of the heart as in the standard vampire, the brain which controls motor skills and allows the body to slip into a deeper stage of resonate proportions.

The infected blood travels through both organ and main arteries next, widening the channels that are far smaller for a mortal and enhancing their durability so that they don’t tear as easily during the next steps. The liver and kidney, both powerhouses in establishing insulin and managing waste material, are both crystallized and begin mass producing the original back up data that accelerates the metabolism and one’s natural healing ability. In the same stage, muscles and flesh are recreated. Muscles, now receiving more energy from the digestive system, are flushed with adrenaline, producing the enhanced human strength vampires are famous for. Skin, as a result, becomes pale and loses it’s luster while hardening.

When done, flesh appears as marble and most previous scars created during the mortal’s life are expended and/or healed.

As the immortal ages, so too does the parasite within them. The older the vampire, the stronger they are due to increased production of the Alba strain within them.

Different creatures can have different levels of healing capability. For a human, their increased healing factor quadruples, leaving them with the healing capability equal to that of a werewolf full shift. For any other creatures who are vulnerable to the strain, the parasite itself will quadruple the healing factor so not all Alba strain carriers are the same. Because their metabolism is so fast, their nails and hair grow insanely fast and most are prone to discomfort since they have to keep them neatly trimmed, both hair and nails, in order to fit in.

The virus itself near completion attaches itself to the skeletal system and the optic nerves. The easiest way to spot an Alba strain vampire is by looking at them when they’re feeding. Black veins sprout from their eyes like spider webs in the flesh above or beneath the eyes themselves when they ingest blood or when they’re on the verge of starvation. Fangs are retractable, though for the most part, remain out in the open. Incisors are larger than the typical human though it’s hard to tell with their speech or just by speaking with them, what they are until they openly present themselves as such.

An infected Alba typically calls the hunger within their bodies The Beast. The reason behind it has to do with one of the first Parasitus Alba strain carriers losing control of himself which later earned him a place in folklore in mid-century Romania. Nope, not Dracula, but good guess.

When it comes to method of transformation, a sizable amount of blood must be shared from Alba strain candidate and the probable neonate. The second phase is less characteristic of the typical vampire and the neck must be broken in a way that allows the virus to move through the spinal fluids to the brain stem but also in a way that keeps the potential neonate from dying before the change takes place and bones are healed and mend.

A Parasitus Alba must imbibe blood due to their body’s lack of production in suitable vitamins needed to survive. Such vitamins are not limited to the glucose in someone’s blood, iron, nickel, sodium and a few other particulars. An Alba strain carrier is able to walk within the sun, eat mortal food and digest it. However, the energy obtained through digesting human food is very minimal and not worth the effort used in chewing and going through the whole process.

A carrier can be killed, though it is a grueling process that requires the removal of the head, the subjugation of the spinal rack, the rupturing of the heart and the separation and burning of each particular limb. Fire is still subject to cause harm and is dealt with as aggravated damage. Bashing damage is negated due to the Albian’s marble flesh.

Typical Alba carriers do not have what is commonly known as super powers however above what has been mentioned, though if their carrier had powers before they were turned, those powers are still present after transformation. In the case of a current played Parasitus Alba character, Malakai, he was born with the ability to absorb any magical abilities through skin or eye contact and transform it into a raw power of his own which resembles magic or telekinetic energy. He still has that ability after being changed and it has, in fact, grown stronger the longer he has been alive.