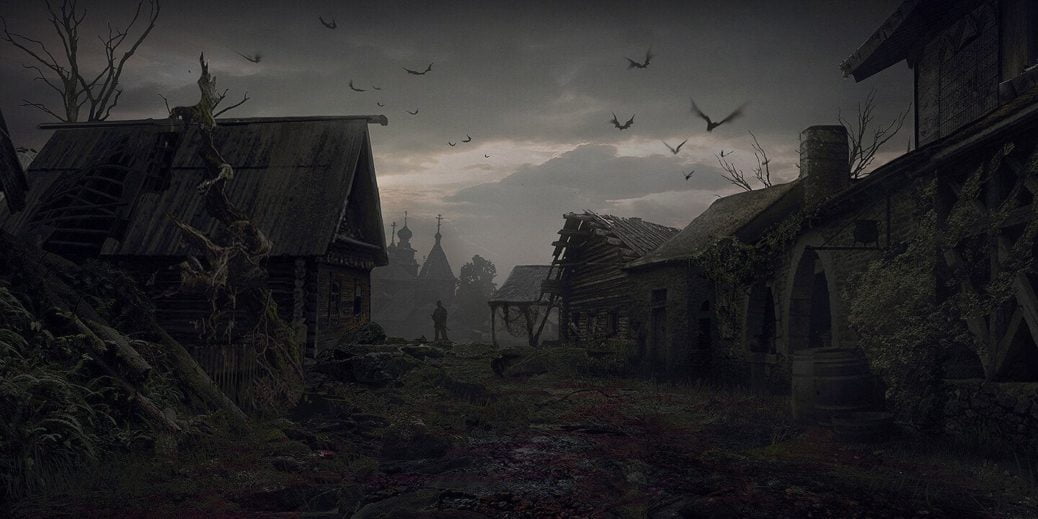 Nakhtrendsensesenaidairiaphos Furf’fonnyalwaldalsonsonmesis
11:08AM
—open—
Shadows loomed from the ground, as whispers ensued in the grounds near a village in eastern continent. A young woman stopped, dropping the basket of apples, as she stepped back from the sudden occurrence from the ground. It was sudden, a scream from behind, as another field worker was lifted up with an unspeakable force and slammed down against the ground. Low gurgle came from the air, that seemed to vibrate slightly. Chaos. Panic. Fear. The lifeless body lifted before the eyes who saw, leg torn off, as it vanished in air, with teeth like scars and blood gushing down on the ground. Cracking sound of bones followed by the splurge of flesh. A bite taken in the stomach, as the person now hanged in the air. “GHOST!” the people shouted against the invisible enemy. Gushing on the ground, the blood poured the until victim was dry. It fell down and hit the ground, as massive rumble formed in the location. The town was in grave danger. It would take a strong hero to take on this threat.

Nakhtrendsensesenaidairiaphos Furf’fonnyalwaldalsonsonmesis
11:19AM
Not knowing where to run, people scattered to all sides, tumbling over their own steps, as the fog moved with their motion. The clouds parted with a rush, striking an old man. Blood revealed a claw from the other side of the piercing wound, as the gasping man shook in the agonizing pain. “HELP!” the people yelled, hoping for ears to hear them. But to no avail it seemed, as the old man was devoured with a blood thirsty rage. A whip like motion in the air, crashed a wooden building, crushing those within. A dreadful hiss came from the devoured man, as air itself seemed to be feasting upon it. His lifeless eyes dropping a tear, as life had long gone from it. In response the villagers rushed to the main building to hide in the basement. As they did, a heavy object of unseen kind crushed the man and slid it sideways, revealing his entrails. It took seconds, before the one of the last runners was rammed in the said. Falling on the ground only for a moment, before being lifted by leg. A rope like imprint on the leg, as with a yell, his voice was cut with a dreadful crush against the ground, however enough for the escapees to close and bold the door. Weeping children and women. Even men, who knew not how to fight this beast. Soon followed by scared screams, as a magnificent force rammed against the wooden door. Once. Twice. Followed by a hiss, that sent chills down the spine.

Nakhtrendsensesenaidairiaphos Furf’fonnyalwaldalsonsonmesis
11:25AM
Praying for the trap door to hold, the villagers hurdled as far from it as possible. Another bang against the door, as they prayed to whatever gods they had chosen. Not able to grasp the mere moments it took for all of this to occur. RAM! A bolt flew loose. A shriek came from whatever there was, less of a human and more of a beast. Another ramming sound came. Soon the trapdoor broke loose, as the stones of the entrance rumbled downwards. They could feel a hot breath coming. Soon there was a silence for a brief moment. An elderly woman yelled, feeling something slamming against her leg, before with a strong force her body was slammed against the stairs, knocking her out as she was pulled outside. Sounds of cracking sounds, rose panic in the room. Children closing eyes and crying. Not enough time given to calm down, a massive crack was heard above the wooden planks. The upper part of the building had been obliterated. Scraps flying to all sides. Soon sand fell on their faces, as a strong ram was made from up. The old planks already cracked. Two. They bent.
An old man, holding a boy together was mutilated by a plank. A claw slicking side of a young man, letting the brain fall from the side. Screams filled the air, as the blood spilled from the broken house. Shouts of terror filled the air, as cracking bones and swallowing sounds followed. A loud shriek followed, that sent the furthest birds flying, and then. There was silence.
19 Views
Share this
0 likes
Related Articles