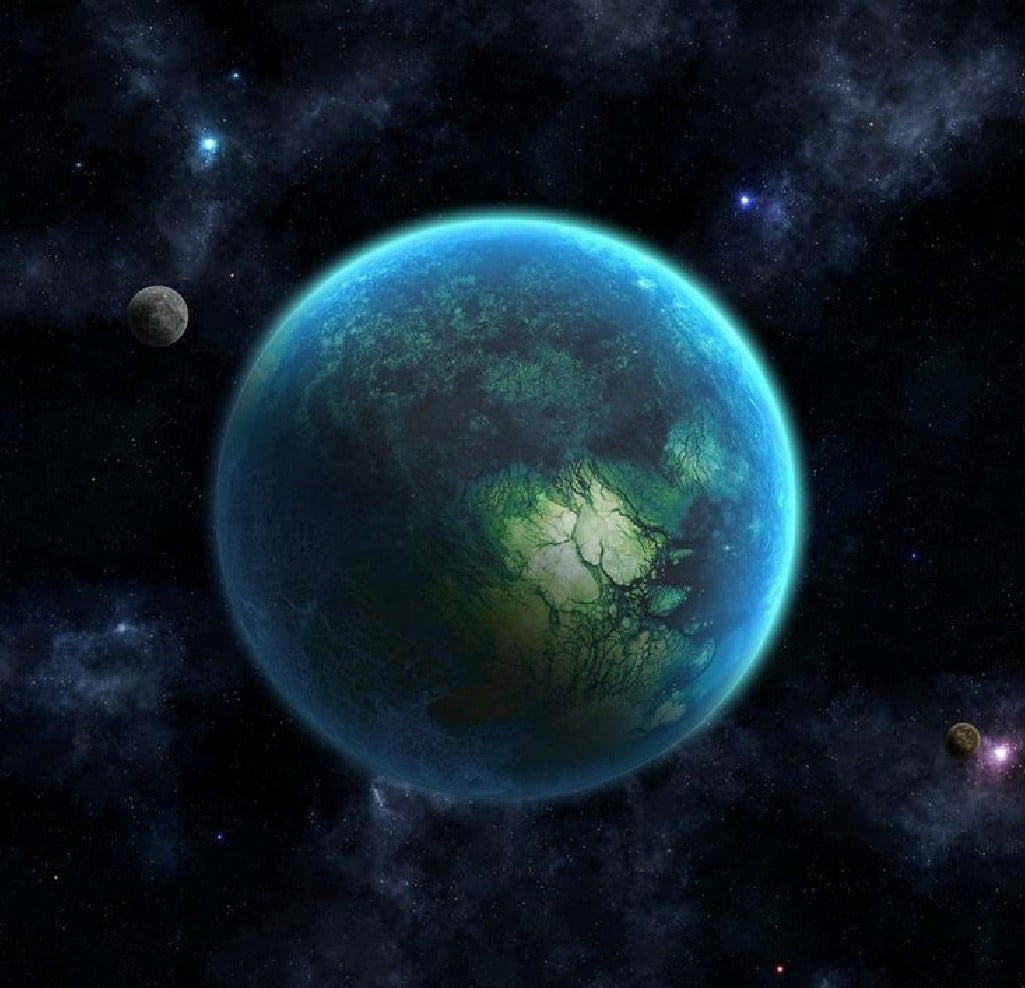 Water. Filled to the brim with both life and death. Plant, prey and predator. The light from beyond the surface only reaching so far underneath the surface of naturally occurring H20. Planet Ulo was absolutely covered in it minus the marshy swamp island continents reaching out into the cleanest air. On one of these said islands lied an exoskeleton of a building being built by..someone. But there were no humanoids originating on this space rock sustaining life. All beings on Ulo were reptilianlike predators or neutral aquatic creatures that frighten easily due to such larger things hunting them. So *what* was building this?

To the west of the island, something began to break the surface layer of the mostly freshwater ocean. A scaled head with protruding horns. Muzzle that made obvious of a larger maw to hold even more teeth. Piercing orange draconian eyes peered around the coast before the change began to occur. The drake mixed-breed started to shrink as it crawled way onto land. Body convulsing into itself to make way for a much, much, much smaller form that wasn’t it’s original. Subtle ocean blue scales slowly turning to a creamy humanoid limestone that was littered in visual texture with freckles. As the dragon was always kissed with the sun if not beneath the waves. Soon enough four legs turned to two legs and two arms. Exponentially long tail only extending that serpentine body towards longer length shrinking and nearly gone. Now stood a gorgeous, dark brunette male. Nude under the sun rays that warmed his still relatively new humanoid form. Eyes closed as he basked in the warmth momentarily; letting that new body, nerves, senses and etcetera adjust. Though soon enough the distant echoing of a voice called for his name, amber brown eyes opening to catch glimpse of a fellow council member waving for him just outside the construct of whatever sort of building was being made. “Taison! Itrewic dout scaled tzarreth svern tenpiswo!” (Taison! Get your scaled butt up here!) With the words of their common tongue spouted at him in more playful threatening manner, he let rip a hearty laugh and called back to his fellow dragon! Making hurry for the building only for clothes to be handed to him when he past the threshold of the building-to-be. A brow quirking at the foreign material before his gaze looked upon the one whom has been transversing with the ones hovering above their skies. “Svavbol ui nomeno?” (What is this?) He questions the, current, humanoid with his deeper voice that flowed out as fluidly as the water covering their beloved home planet. “Ofilnarir.” (Clothing.) The other replied before going onto explaining the purpose of it on other planets with their cultures and such. It took time for him, and the others, to grasp it. But after a few thousand years they all even became comfortable with the articles hiding their bare skins when in humanoid form. Now, onto present day.

Pushing past the main double doors of the larger meeting building for the first group to have figured out how to attain a second form, Taison pulled at his jean cuffs and the heels of his shoes to make himself more comfortable in the second unnatural layering over his tanned skin. A grunt loosening rather lush lips for a male he looked around with that amber brown gaze. Seeing whom else was here. Native or the foreign help. There were a few non-scales in the room that held different scents. One talking to a blonde haired dragon under guise of humanoid disguise at the main table used for discussing problems or things needing to be addressed. More creatures upon Ulo were becoming aware and smarter. And there were temporary housings beginning to be built so they could become accustomed to their secondary forms if they so desired to make them and use them. With a sigh, Tai made way for the one familiar in the meeting room. Joining in the debate of how they were going to bring more knowledge to their planet. The foreigners most concerned with those who might be brought knowledge of the still untapped planet and what the ones holding so much greed would cause to the gorgeous water planet. While the natives, including Taison, just wanted to help both their planet and growing family keep stable with this new evolution stage it were phasing through.