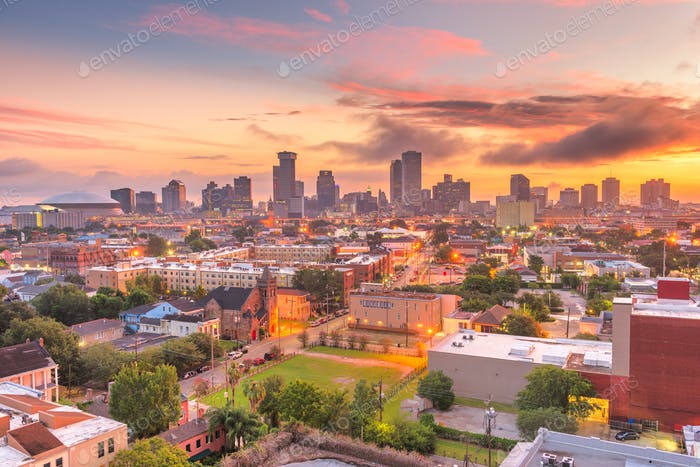 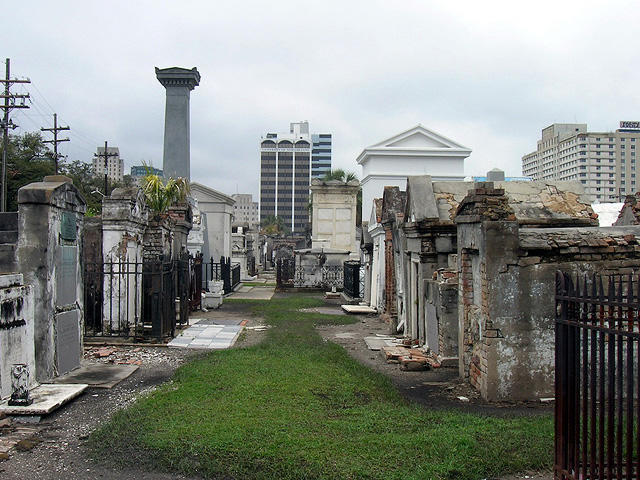 Fucking rain. Again. Zoe clutched at the umbrella in her hand. Black. Just like the rest of her outfit. Thank God her family had the decency not to complain when she showed up to the cemetery in flats. She was able to deal with the service in the St. Louis Cathedral. But showing up to a muddy cemetery in heels was a stupid idea. But it didn’t matter. She still felt raindrops sliding down her legs.

They said he’d died of natural causes. Zoe knew better. She took her place on the front row beneath the tent that had been set up. Fucking alcoholic, she thought. So what if it was wrong to speak of the dead? She could have been back on Hellifyno already. She could have been basking in the sun outside of Persistence, or back in the inn. She could have been around one of her only friends. But no. Here she was, dealing with the stares. Maybe she should cry. Or at least pretend to. He was her father, right? Wasn’t she supposed to cry at this kind of thing? No. It didn’t matter if he was her father. She was Zoe-Fucking-Hayes. She was supposed to be dainty, poised, and always certain her makeup was perfect.

“You could at least pretend to be sad.” Her hazel eyes peered out of her sunglasses at the lawyer next to her. His voice was a hiss, barely even heard over the priest standing beside the grave. Zoe closed her eyes, glad that the black lenses hid her eyes. Gloved fingers clutched at the umbrella that had been folded and poised in front of her.

“And you could at least pretend you don’t know the truth, Monsieur LeCompte.” Her own voice was low, that Cajun drawl littering her words. But the look she gave him was one of malice. Even behind those sunglasses, she knew he could feel her glare. He quickly cleared his throat, turning back to face the priest.

David LeCompte had always been a pudgy man, his face sunken, his hairline receding. And his suits never did fit him quite right. It always looked like they’d been made for a man twice his size, and Zoe couldn’t stand him. He had a nasally kind of voice, one that reminded her of nails on a chalkboard. And his glasses. God. Those things had to be for appearance alone. There was no way those tiny lenses did anything for his sight.

Compared to him, though, Zoe was the perfect picture of a grieving daughter. Her back was held straight, her knee-length dress fitted. It was enough to be modest but enough to remind people that she was still young with a life ahead of her. The collar came up just past her collarbone, the sleeves to her elbows. She didn’t need pantyhose, either. Her legs were perfectly smooth, sun-kissed from her time on the beaches of Consequence. Her hair had been curled lightly, pinned away from her face, the gray sky reflecting off of her caramel-toned hair. The light of the cemetery played off of the blond streaks, reminding everyone that she preferred to be outdoors. But her most striking feature, those hazel eyes that were more green than blue, were hidden behind a pair of dark glasses. Around her neck was a display of the family wealth. A diamond pendant, shaped like a cross, on a golden chain.

She tuned out most of the ceremony. She barely even remembered placing her rose on the casket. All she remembered was that long, silent car ride back to the house. When the car pulled into the rounded driveway, LeCompte finally spoke. “Can you at least pretend to be upset here at the house? He was your father, Zoe.”

“No. He was an alcoholic. And if you think I give a shit about what the official story is, you’re dead wrong. I know it was the bottle that killed him. He’d been getting worse in the past few years, ever since Maman died.” She pulled off the sunglasses inside the car, folding them carefully in her hand. “Now. If that’s all, Monsieur, I would like to get this over with. I have business elsewhere.” On Hellifyno. Away from here. 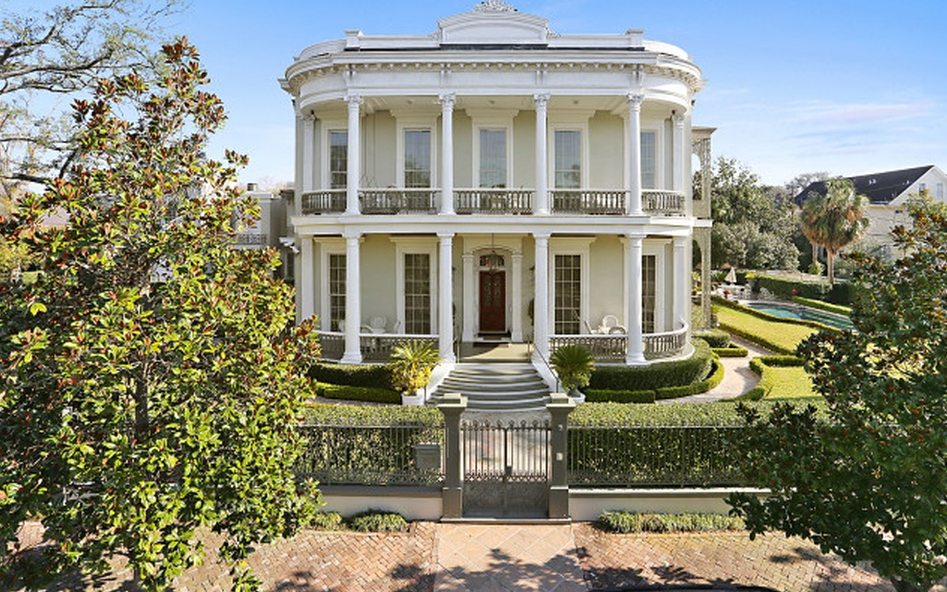 “Fine,” the man grumbled. His driver opened the door, allowing Zoe the chance to slip out of the car and up the steps to the mansion. Maybe she’d make a stop in the French Quarter before she left for good. Coffee on the patio of Cafe DuMonde sounded wonderful. Once the rain let up, at least.

Those pleasant thoughts were washed away as soon as she walked into the house. Aunts, uncles, cousins, family members she’d never heard of, all gathered in the foyer. As if they’d been waiting on her. Zoe clenched her jaw, slipping the umbrella into the stand near the door. As always, the one housekeeper Zoe had always adored, was at her side. “I tried to tell them, Madonna Hayes,” she said. Isabella was probably only a decade older than Zoe, in New Orleans on a student visa from Italy. And Zoe loved her.

“It’s all right, Isabella,” Zoe sighed. “I expected nothing less from them.” Her voice was low, making sure that the rest of the “family” couldn’t hear her. “Let me guess, LeCompte is expecting us in the study?”

“Yes,” Isabella said with a worried look towards the others in the room. She cleared her throat, lowering her voice. “Usual drink, Zoe?”

“You’re an angel, Isabella. Please.” She gave Isabella a smile, though the exhaustion was clear in her eyes. The housekeeper patted Zoe’s arm, assuring her that she’d bring up her drink. For now, though, Zoe stepped forward. She cleared her throat as loud as she dared, watching as the family turned towards her.

“We’re asked to go upstairs to Papa’s study. If you’ll join me, we’ll get things going.” She didn’t wait for any response. She turned on her heel and stalked up those steps, her hand tight around the banister. Isabella, bless her soul, was waiting outside the door with a single glass. The sphere of ice clinked within as she handed it over, a smile exchanged between the two. Zoe lifted the amber liquid to her lips, savoring what was probably part of her father’s stash of whiskey. That was the benefit of being in the whiskey business. You got the best the city had to offer.

She inhaled. And finally, she pushed the doors to the study open, taking her place behind the desk. Her family filed in, taking seats in the chairs and on couches littered across the room. LeCompte took his place behind Zoe, though off to the left just a little. “Good,” she said. “I’ve been over the will with Mr. LeCompte, here, and I can assure you that the rest of you might as well go home.” Shocked gasps littered the room. “Papa stated clearly that everything he had goes to my mother unless she passed before him. In that case, everything the two of them had would go to me.”

The lawyer cleared his throat, leaning close to Zoe so he could whisper. “Miss Hayes, might I suggest being a little more tactful?”

The look in her eyes said it all. Fuck being tactful. She turned back to the family. “That’s the problem. You see, Monsieur LeCompte has advised me to be tactful. But I don’t remember any of you being there when Maman died. I don’t remember any of you offering a hand when my father was in his sixth stint at a rehab facility. None of you stepped in when I was still a child and in need of supervision.” The room was almost as silent as the cemetery had been.

Zoe placed her hands on the desk, standing from her seat. “There are a few employees that I trust with my whole heart. Because they stepped in when they were needed. They went above and beyond what any of you have ever done. Those will be the ones in charge of operations here in New Orleans. They will report to me. If any of you wish to work with them, then I highly recommend speaking with Miss Elise Montclair and apply. She’s a wonderful woman, and she’s head of HR for the main branch of the company.”

The room was so silent, you could hear a pin drop, even though the carpet was thick.

A rumble of thunder outside broke the silence for a moment. Zoe had managed to remain calm, though, and she pressed a button on an intercom on the desk. “Jason, mon ami, please show the rest of the family out. And place a call with Elise. I would like to see her soon.”

“Yes, Miss Hayes.” The voice on the other end had the same Cajun drawl that Zoe had. The aunts, the uncles, the cousins, they all stormed from the room, leaving Zoe alone with the lawyer. “That, Monsieur, is how you handle that situation.” She took another sip of her whiskey, letting the flavors settle on her tongue as she closed her eyes. “Now. Since everything is handled, please. See yourself out. Everything will be handled in the next few months before I go back to Hellifyno.”