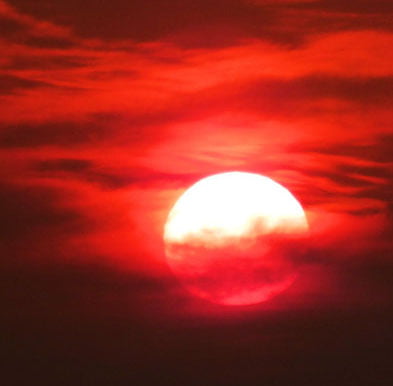 Every time it happens, for a split second, Rye thinks she can see the other side. In the darkness, she can’t make out anything, but it’s vast, endless, unfathomable. Beyond anything her human bound mind can imagine. In that blink of an eye moment, she can see the afterlife.

Life courses through her again, and Rye’s eyes snap open. Her shirt is stuck to her chest, awash with blood, and brown eyes stared aimlessly up at the sky, blinking. Whatever killed her this time wasn’t coming back for seconds. They rarely did. She could take her time, readjusting to being alive again, shifting a little bit. There was no pain, only the mess of a torn shirt and the splatter of crimson that would be a lost cause to clean up. Slowly, surely, Rye sat up, testing out her limbs. Now her surroundings became apparent again–Outside, on the streets, in the evening while the sun was still out.

“You’re back.” Her head snaps towards the speaker in an instant, only to show it was Luna. She was calm as ever, holding a hand out to help the brunette up. “I took care of it.” Rye supposed the smear of blood over her other hand was an indication.

“What was it?” Rye gestures to the ghost of a wound. The mess was there, but her skin was flawless, as if nothing touched her at all. “I got knocked out so fast this time I didn’t even see what hit me.”

“Demon,” Luna answers simply. “It ambushed us. I suppose it was drawn to your vitality.”

“Figures.” Rye shrugged. Parasites could lust after the immense burning power that rested under her skin all they wanted, and Rye would even willingly give some–giving a demon its fill wouldn’t matter in the slightest. It wouldn’t hurt Rye at all. A drop in the bucket. Except demons were so rude, killing her and thus burning the precious mana they wanted. It took a lot to bring someone back from death.

“Do you want my coat?” Luna already moves to take off the dainty black jacket she’s wearing, and Rye slumps her shoulders.

“Don’t have a choice until I get a change of clothes.” Reluctantly she accepted it, pulling it onto her small form as she started down the sidewalk, setting a swift pace for home. “Let’s get out of here before a fuckin’ vampire shows up or something.” Luna doesn’t make a sound, but Rye didn’t need to hear her to know she was right behind, following in her shadow.

I have seen the other side. There is nothing there. Every time I see it, it’s a void. If I die for good one day, there won’t be anything of me left.

Maybe joining the infinite abyss of the other side would be nice. But Rye wouldn’t know that for sure, not when every time she could only dip into it for a millisecond before life pulled her back.

Rye Simmons, twelve years old in body, 8000 years old in mind. Rye wasn’t even her real name. Whatever it had been was gone, lost to the wind, so Rye Simmons was the alias she adopted and kept now that she had friends to call it out. Her body was small, but she’d tempered herself to strike better than most adults.

The child who could not die. Eternal warrior. Representative of the sun. Strongest immortal.

All the time, there was fire in her veins. It wasn’t too hard to control, but it was difficult to suppress. Her body was almost radioactive. It was warm all the time, almost painful to touch, hot like she was burned by the sun. When her power manifested in spells, they were the same vibrant crimson as the early morning, scorching all that they touched like flame. Being close was choking. Luna somehow tolerated it–She said that being near Rye was like being out in direct sunlight on a summer day for hours, but it didn’t bother her.

Rye supposed it was only fate that the one who could withstand her, the girl who burned brightly like the sun, was the quiet, distant presence of the moon, a girl who also lost her name and went by Luna.

“I’m getting tired of walking,” Rye announces, and Luna sighs.

“Very well. Take us home.” Luna pauses in her steps, crossing her arms. Rye can see it in her mind’s eye–It isn’t home, not in a traditional sense, but it’s where they’re staying. Spreading her hands apart, a tear in space opens, a gateway to the room in the little apartment that for this year is where they’re staying. They step through, and now they’re home, like they weren’t gone in the first place. Rye returns the jacket, now stained like her clothes, and goes to get into something a little less blood splattered.

Would it even matter if she walked around with messy clothes? Why worry about the opinions of others? Well, it was kind of gross, so for her own sanity, Rye supposes. In one hundred years it wouldn’t matter what anyone thought of her now.

“I’ve looked into that… abnormality, as you asked me to,” Luna phrases it a little delicately, standing at the kitchen stove with a stool so she could actually reach her cooking. “Dimensional problems are your specialty, though. I can’t offer an objective opinion on what is happening.”

“What did you see?” Rye asks anyway, hopping up on the counter to sit.

“You.” Luna stops moving, staring down at the pot. “It’s an entire world that is… a crossroads, of sorts. You were there, but it wasn’t you.”

“So our theory was correct? What an interesting time to find a double.” Rye grins.

“Yes,” Luna murmurs, turning to cast a critical eye at the brunette. “The ‘you’ that I encounted, she was… very similar. She had the same face, the same voice, albeit… older. She was an adult.”

“Lucky bitch!” Rye exclaims, in disbelief. “So this other me got to grow up?”

“Seems so.” Luna turns back to the pot. There might be soup in there, Rye thinks, but she can’t know for sure without incurring the other girl’s wrath for hovering too close. “She was a human, and an elemental mage of sorts. Has a power switching gambit. Also, uh,” Luna hesitates, frowning. “Blonde. It’s strange. She was everything I expected, but her appearance was just different enough… But she didn’t recognize me.”

“Hey, remember Highlander? Ya know, that movie we wish was real?” Rye leaned back on the counter, hands splayed out behind her to keep a casual pose. “Besides the whole, ya know, immortals capable of dying thing, there’s something else I know other me is gonna think about, too.”

“Rye…” Luna sags, tired, but aware that she can’t stop what’s coming next.

“That’s right!” Rye laughs, giving her best smile. “As they say, there can be only one!”