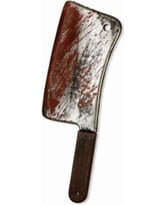 [Panic. Adrenalin. Panting. Sweat coating the bodies of many. Fear on the rest. Faces that had seen death written on everyone’s features. Running, running, running; a blockage up ahead. The exit not too far. Suddenly, cloudy gold mist, everywhere, in their eyes, their noses, mouths, everywhere….A yellow light, an aura, circling, sucking in the cloud. Rage, madness, insanity, sorrow. A lunge of desperation; alas, foiled by the Earth he stood on. Blanketed, locked, denied, failed to save her. Save /Kida/]

[There he knelt, how long was anyone’s guess. A fist that normally carried so much force, blindly hitting at rock as lightly and furiously as any Human. Desperation, sorrow, hurt, pain…loss. Even after they all left Kaler remained, it seemed, to grieve over his miss-fortune. To rot in this unfamiliar feeling…the feeling of pain. Not physical, no…mentally. It wracked him to the core before he finally got himself up on his two feet. He’d figure something out…they all would]

[Well, he was about to leave, only he were stopped by…well, nothing. And that were the evil of it; utter /silence/. The world around him seemed to…shrink, the exit everyone craved and had left into closed. Walls all around him, save for the accidental-made one that still hid the supposed Goddess. And then…giggling. Echoing, maniacal, cruel…twisted even. Then the same, only laughter, which continued to bounce from wall to wall, irritating him, causing him to become fearful, heart pounding, eyes looking in all directions]

[The voice came from the sealed wall, beyond his vision. “Clank…clank…clank…” went the sound of metal, or /something/, against rock, through the caves of ImProvidence, and the very wall still hiding her from view. He knew the voice….it was hers anyway. But not the one he knew before…all this. No…this was one of insanity. Bloodlust. A killer…psychopath. And all too quickly, the entire wall protecting him seemed to simply melt away, revealing none other than Kida herself]

“Over the fire and through the vines, to the next hedge we go~”

[Came the sickening, singing voice, the dark orbs glaring at the boy with a wickedly wide grin/smile on her face, head tilted, holding cleavers in each hand. He felt the urge to run, to flee to e-escape to….w-wait, why couldn’t he run?! The cloud seemed to have taken hold of him, slowly ebbing away at the strength that held his body together, all the while holding him in place, as the mad woman edged closer…and closer…slipping the blades against one another]

[He went wide eyed, doing his very best to struggle, to escape the grasp, to get out….but no avail. He was stuck, and weakened, so strange…so fearful, eyes pleading up to the Goddess, begging for it not to come true]

[The poor Aliens words fell onto unwavering ears however. The same “pause” that helped him before back in Red Sun…wouldn’t work here. She raised the cleavers, beginning to chuckle, maddening like]

[Time seemed to stop for…however long it seemed to do so for. The cleavers were driven back, before being lunged forwards, aiming to stab into his chest on both sides. They connected, slicing and breaking into skin and bone alike, a shrill shriek coming from the boys mouth, along with a cough of blood, hands clenching, or…less than that, more melting, slowly, along with the cloud, along with the world around him, please, make it stop, end the madness, end the-

“NAHH!!” [He….he woke up, alarmed, shaken, sweating gallons; he barely /ever/ sweats…barely ever…nightmares were exceptions, especially that kind. He lent up, sitting with his butt on the large double bed of his Log Cabin, panting ever so quickly, a hand clutching his chest to check if it really happened….nothing there. Shirt, body, all intact….it was a dream…a-a sickening dream, but a dream…at least…]

[What was worse was, those weren’t even accurate memories. His mind, still riding over the chaos of the FaE exploration, combined thoughts and memories, into something less normal, a lot more morbid. Was he slowly loosing his mind? No..h-he couldn’t, he had to keep focused…b-but it was so hard to do so. He failed, oh how terrible he failed; even if people told him; “There was nothing you could’ve done”, he thought otherwise…he knew Anthem had too. The feeling of…helplessness. And now? FaE were /everywhere/, even here on Twine, in the city, quite often now, FaE caused chaos wherever they went. The mountains of Twine shook each time FaE creatures dropped gallons of…fridges, and ovens that tumbled down the mountain slopes; he was lucky that his wooden house was /that/ sturdy]

[Alone he walked through the house, making his way outside, into the brisk night air, the moon and the stars creating a picturesque blanket of twinkling light up above. The air was still; surrounded by a mountain and many blankets of fern trees gave his habitat a wind-shield, as he stepped out and trekked through the thick snow, trainers stomping and crushing the snow under foot as he made his way into the open clearing. Fresh air, ah it felt magical to him, the sweat and heat of his sleep flowing away with the open skies. It helped a bit to calm him, but…he had a feeling he wouldn’t become properly /better/ anytime soon. Not with how things were going, not with the FaE everywhere, not with…not with Kida as she is, in the state she’s in]

[Though he couldn’t help but wonder, would emotions perhaps be a clue? Or was it memories? Without a doubt he recognised that her aura /flickered/ back in the Red Sun Inn one time, the first time he saw her since she got trapped, went insane and all. She…she knew him, or as she put it, “Butcher knows you…” or something similar. Either way, that was the biggest thing he gained; everything else was mush from going into The Hedge. He needed to clear his mind, think up a way to stop this, /any/ way he could find….a single tear seemed to roll down his right cheek. He wiped it away quickly, leaning down into a crouched position]

[He spoke out loud, or normally, to the surrounding wilderness. Who did he mention? Why, that Other guy, who gave the boy quite the bit to think over. Sure he would ask out of curiosity when this is over, but for now, he needed to save the Goddess, stop the endless making of those…horrific teddies as she calls them. In a quick burst of speed, the boy took off from crouching by the ground, a sonic-boom emitting in the air not long after, as he flew up into the mountain peaks above, and into the night beyond…]