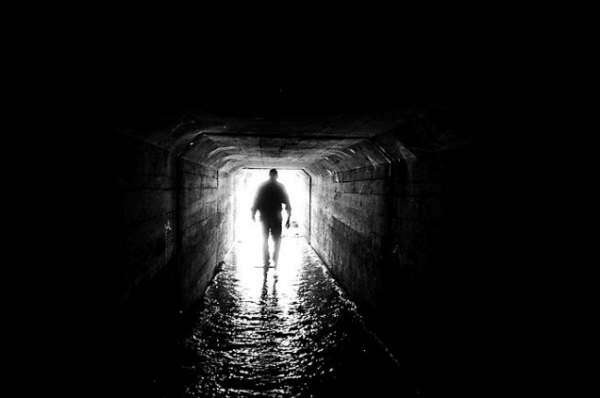 Loading...
Zoey, Lily, And Vera Tompkins (Vietnow Radio)
11/26 11:34PM
There’s something in the air. Something throwing Zoey off. She’s only just begun feeling it, too. It feels familiar. It gives her a sense of dread while also giving her a sense of.. What? What is it? She can’t quite pinpoint what it is.. But it feels like It’s been growing. Expanding, almost. Like something is coming out of the space in front of Vietnow. Just.. Gonna rip right out of the sky. Just suddenly there and ready to say hello.
Desmond Foles
11/26 11:40PM
Hm. Funny. That’s exactly what happens. A hole in the universe, a small gap, fluctuating with energy. And from this gap, would come Desmond. Squeezing his way through the hole, gasping for breath. Once he pulls himself out, he flops, lands face first in the dirt, and begins to slowly turn to his back. The groan of pain from such an action becomes a small yell. Yup. He’s back. And he’s come out of the womb of not existing. His once nice and clean flannel is now covered in some sort of slime like goo, and his entire body feels like it’s on fire. Fuck, it hurts. Still. Not as bad as that one time he was torn apart and ripped from exis- Oooooh yeaaaah! He pushes himself up, using his psionic power to keep him on his feet. He turns to face Zoey. After confirming that his senses are still in check, he asks her, a coy smile on his face.. “So.. Where’s the cake? I was told I’d get cake when I came back.”
Zoey, Lily, And Vera Tompkins (Vietnow Radio)
11/26 11:44PM
She blinks. What. The. Fuck. She sighs, reaching down and grabbing her jacket off the door handle leading inside. She looks back at Desmond, and squints at him.. She is currently feeling two emotions. Joy, and what ever word you can use for, ‘Yeah, I wanna slap the shit out of this mother fucker.’ She says in response to his question.. “How about some clothes, instead? Cause the slime look doesn’t quite fit.”
Desmond Foles
11/26 11:46PM
He smiles and laughs. It’s been a while since he’s done that. He’s had an eventful few.. Weeks? Months? He stopped keeping track on day one. Goes to show who’s the true pessimist between Desmond and Zoey. “I think that’ll work. You got a size..” He looks up for a second, trying to remember his size.. “XL? I prefer my usual look, mind you.”
Zoey, Lily, And Vera Tompkins (Vietnow Radio)
11/26 11:48PM
Now she’s smiling. Great. Ruins the whole ‘Angry sister’ vibe she was gonna try here. “Sure, I’ll just magically pull some clothes outta my ass.” She adds a large sense of sarcasm there. She isn’t so sure how Desmond is mentally at the moment.. Seeing how he’s cracking jokes even known he is obviously in pain..
Desmond Foles
11/26 11:51PM
He scoffs at her statement. “If you can, then go for it.” He then goes, “Oh! Aloe Vera. I need some. My entire body burns. The plain of non existence actually has some heat to it.” Granted, that heat was more of a torture method the environment comes up with to mess with those who end up passing across it.. It was also what nearly brought Desmond to his knees.
Zoey, Lily, And Vera Tompkins (Vietnow Radio)
11/26 11:57PM
She shakes her head.. Okay, yeah, maybe he is insane. But, so far he hasn’t done anything wrong, so… What’s the harm in trusting him? “Alright, I’ll get ya some Aloe and some clothes. Until then, feel free to hang out here. You should get acquainted with your new niece.” She then turns and opens up the door for him, passing a quick psionic message to Lily and Vera explaining the situation, and… She’s… Gone. Teleportation. Works miracles.
Desmond Foles
00:05AM
Waaaaaait hold on a mother fucking minute- Did she say niece? NIECE?! When did this happen? When did Zoey turn straight? Wait, no.. Going off the energies he’s feeling, he can sense Lily. WHAT THE FUCK IS GOING ON?! He sighs, straightening his slime drenched flannel, and walks inside.. Hoping and praying to god that he can get some sort of a logical explanation..
32 Views
Share this
0 likes
Related Articles