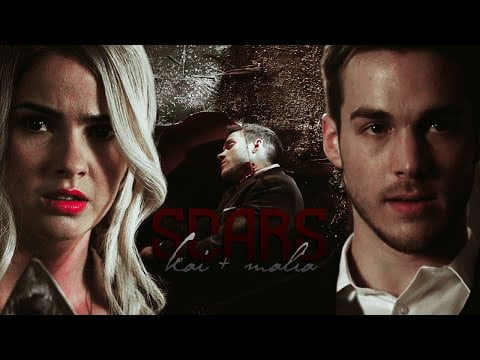 Night’s long embrace had been one without blood shed, at least for Kai. The streets were filled with refugee and citizen alike, all squeezed together like sardines in a can. Fights had broken out in several locations, mutated refugees burgeoned with the sin of madness that was borne from the storm that had hit Improvidence and, before that, Sprout. He was dressed in a long trench coat with a cloaked hood and the skies themselves let down rains that stained the brown material like leather in its vice. Chiseled jaw and hair alike, even he could not escape the clutch of the watery skies that let down its torrents. He was done for the night, finished with his rounds and in passing by the makeshift soup kitchen Cielo had built. Now he stood at the doorway of the Blue Moon tavern, his arms curled over his chest and the chilled air brushing against his brow.

He quickly stalked through the doorway, shivering, and tugged at the brown cloth of his coat. It fell around his legs in a skimped pool of water before he bent to pick it up, hanging it loosely at the coat rack closest by. Blue, observant eyes hawked through the room before settling on a table not too far from the bar and Harry is given the briefest of nods in acknowledgement before he’s set upon his path toward an old weathered seat at that table he’d spotted.

It’s not long before he’s settled in. Beneath that trench coat, he’s adorned in simple street clothes, nothing fancy for lack of desire in being mugged in the middle of his trek through the Red Light district or by an angry refugee seeking to make profit off the scorned others of the city. This day, his rings cannot be spotted at his fingers, nor his necklace against his throat. Instead, there’s a simple leather cord tied at the back with metal chain and a hook like fasten, at it’s end, a wooden emblem of a raven. Hands rise to pinch at his brow before he’s approached by an imp with questions of his order. After all, it is a tavern. “Bourbon,” he answers with a hardened jaw. “Bourbon and a glass of blood, if you don’t mind. Human, not imp or gate keeper. Chilled is fine, though I prefer it hot to lukewarm.” He pauses, glancing toward Harry again. “And some morning fries, please.”

The imp observes him through beady little eyes before vanishing in a puff of dark smoke and Malakai goes back to whatever he was doing before it had approached him… which was what, exactly? Well, it matters very little. At that moment, the door to the tavern is tugged open and in comes a familiar, at least to him, blonde nymph who peers through the room as quickly as she’s entered before heading his way. She sits across from him, as if she’s been here before herself. Drawling the faintest half-fanged grin, Malakai shifts to lean across the table that’s between them, hand held out to lightly grab for her own.

She complies without second thought and he gives it the slightest squeeze before letting her go. Her lullaby like giggle has him leaning back in his seat. “I’m glad you could come. I ordered you something.” Surprised, a brow is risen across from him before she nods in understanding. ‘Thanks. I didn’t expect you to call for me again. You left so suddenly the other day.’ Her slim shoulders, bare if not for the lighter toned t-shirt she had worn, shrug in place. “Yeah, sorry about that. I don’t typically stay passed my welcome in brothels,” Kai explained with a shrug himself. “Plus, I had a few things I needed to take care of. Anyway, onto the point and reason I’ve called you here.”

He reaches into his back pocket, leaning forward only so much that he could do so, before tugging out a folded sliver of paper that he passes over the table to her. “I did some research on you.. Not in a stalkerish manner but as someone who was worried for your well being.” The nymph across from him shifts uneasily. After all, she is a whore currently. Not many people would look into her, based on her occupation. “You’re highly qualified for work elsewhere. I couldn’t see…why you’d want to sell yourself off when you have a higher education and hands-on experience so I delved a little further.”

At that, the nymph’s pulse quickens and she leans forward in her seat to sneer at him through pursed lips. ‘I won’t be blackmailed, Kai. We had a nice time but it wasn’t nothing more.. anything more.. than my job,’ she answered before giving him a chance to finish. She reaches for that paper that he hands over and Kai doesn’t need to explain further. ‘You’re trying to hire me for a job?’ she asks suddenly, glancing over the form she’s been given. “That’s right,” he manages earnestly. “You’re talented and even if your previous boss did disappear around the time you did from -that- city, I still want you to work for me.”

At that moment, the imp appears again. One glass of blood for Kai, one glass of bourbon and a steaming, salty to-go box of house fries, cooked to perfection in grease. The box is placed before the girl but Kai grabs hold of the two glasses in each hand. He polishes the blood off first, leaving a red stained glass dribbling at its corners. The glass of bourbon is settled a short distance from him as the nymph reaches for one of the fries and devours it as if she’s never eaten before.

‘What exactly are you wanting me to do?’ she questions between her bites.”You’re a social creature. You know how to deal with people and you obviously have talent when it comes to, well, you know. You’d be a good spy or at least decent at espionage when it comes down to it.” Across from him, the woman nearly chokes on her fries, sputtering potato flecks everywhere, unexpectedly upon him as well. He wipes at his arms, at his face. ‘Are you kidding me?’ she returns with about as much surprise and vigor as one could expect. ‘A spy? Who am I spying on?’ she questioned as she reached for more food. “You’re not spying on anyone,” Kai answered, wiping at his face. “I want you to find more of your kind, nymphs, who would be interested in participating in a new business venture I’m planning.”

Interest, once more, drawls the upturn of the woman’s brows but she shrugs either way. ‘What kind of business?’ she asks, taking a bite of a few fries she’s fisted from the to-go container. “That’s a need to know. I’m sure you can think of something. All you need to know is that you won’t be involved in any other way. And no harm will come to the nymphs you bring in. That you’ll be getting paid far more than you make in a year, even with the job you’re doing currently.” At the mention of money, her face scrunches as if she’s just eaten something sour and she puts down the fries she’s been holding. ‘Look, Kai, I’m not in this for the money. Have you seen the state of the Nymph Forest? Notice the surprising lack of nymph presence? I want seedlings. All the nymphs do.’

Kai’s been expecting this to come up and his hand slaps to the table, nails curling into the wood. “If you’ll stop to listen to me for a goddamn minute..” he murmurs before clearing his throat. “Sorry. I don’t normally let my temper get the better of me. There’ll be quite a few seedlings coming from this deal. You can keep doing what you do. Pump the money into the Forest, if you want. It might not matter with this death cloud but you can do it.” At this, she sort of slumps into the chair, cute button nose wriggling. ‘Are you sure?’ she asked and he nodded in reply. “What do you say?”

It takes a moment, a long moment, and the two sit there in silence while the nymph woman considers his offer. It takes so long, even, that his hands clench around the glass with his bourbon and the amber alcohol is tugged to his lips for a teasing taste, a warmth that subdues the desire for more blood while hot life breathes down his throat and into the pit of his belly, heat spiraling through his body like a tentative blanket.

‘I’ll do it,’ she finally answers. ‘But I don’t want to be just a tag-along for your business. If you’re doing something for the nymphs, I want to know what’s going on. I want to be a partner.’ Her look is one that is hardened and not without luster. There’s a fire within her facade, within the bright green of her eyes. “You understand what you’re asking me, right?” It’s his turn for his brow to rise in surprise before he sighs aloud and reaches his hand out. “You have my card from before, right? The one with my address?” She nods, reaching into the top of her shirt. From the swell of her breasts and her midriff, she retrieves the card as if she’d known he would come calling again all along.

‘Of course I do,’ she murmured. “Good. Go there later today after you get cleaned up. Security will let you through.” She smiles, reaching forward to grab his hand then. ‘I’ll be there..’ she pauses, glancing down at her half-full container of fries. ‘Do you mind if I get more of these before I go?’ she asked then and Kai shook his head. “Do what you must. I know you’ve probably earned your breakfast.”

She offers a bubbly smile before she rises from her side of the table and her chair. Skirting around the old wooden furniture, she inches directly on to him, stopping only a few inches away before she leans down and kisses his cheek, leaving the red imprint of her lipstick cloven against his ivory, marbled flesh. “Don’t forget. I’ll explain things later.”

With a blown kiss, she shakes her hair out before she ventures to the front of the tavern to the bar. It’s only when she’s given a double order of fries that she slinks from the tavern and outside once more. Who knows where. Kai’s left alone, his finger just barely brushing around the squared top of his glass of bourbon.Until now, Kai’s hawkish gaze has been settled on his conversation and the business deal he’s had to see to. Now that there’s nothing holding him here, his eyes revolve through the tavern and it’s new, and old, patrons. He doesn’t know one of them but the other, well… he’s already got business with her. His gaze slinks to the red-stained glass he’d finished off only a few moments before. The remnants, only a few drops, he reaches to pour into his glass of bourbon. It’ll strengthen the allure, at least a little, for him.