Home Rise of a Cult – Paragons of Fire

Rise of a Cult – Paragons of Fire 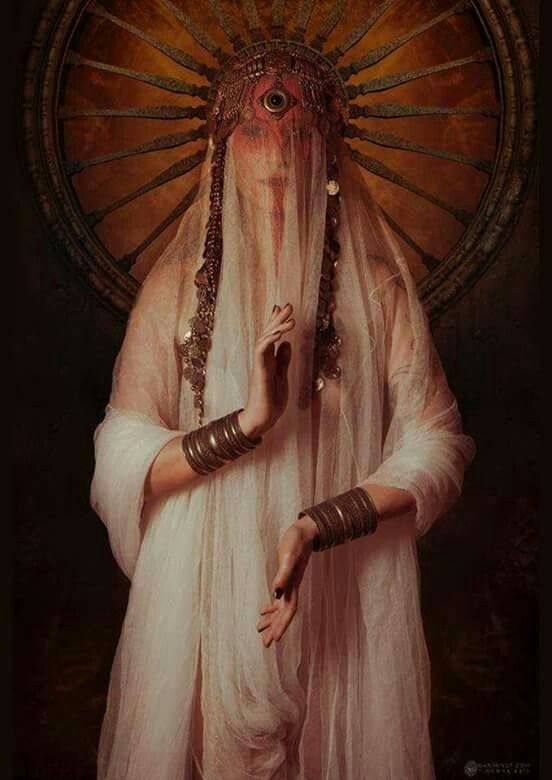 Early in January of 2019, Augustus Giovanni was resurrected from the True Web’s Abomination prison through an explosion caused by one of Doctor Possibility’s experiments. During the event, the heroes were transported to the Giovanni Estate of 2012 where they had to fight vampiric beasts of magic and carnage, leading to a tumultuous battle against an after-image, or wraith, who appeared as Delilah Rousseau, Augustus’ late wife.

At the end of the battle, Alysha was given a key that had the properties of a portal coin that would have taken them to a maze where they would have come in contact with a young child after battling their way through. The boy would have then transported each individual who tagged along to another section of the Giovanni Estate, the basement, where he would have been killed by the Malevolent Abomination of Augustus and then risen back from the dead in the current form of the Beast himself before everyone would have been transported back while a weakened, battered and broken Augustus was set free upon Consequence, the previous seat of his power.

In the following weeks, alongside his previous life’s companion, Monica Andersen, and his mate, Kage-Hime Giovanni, Augustus was able to heal and set his prior plans into motion. In February, he came in contact with a demi-goddess who had been birthed from Gaia. Absorbing her of most her energy, he used a sacrificial blade to sever her ties to the goddess and took that energy for himself which curbed his darker tendencies and transformed him into something more than he was, surpassing his previous state as an abomination and adding himself to the Hellifyno pantheon.

The demi-goddess was sent to an alternate dimension’s Earth where there was no magic to be absorbed so she couldn’t take retribution for having lost her patron Goddess’ blessing. He quickly tied himself to the alter which changed it’s structure while altering it’s magical qualities and providing the world with a new strength that came from him. This also altered reality and the flowers and plants of the temple transformed. His first act as a god of Hellifyno was to marry Kage-Hime and to bind them both by making her his first Priestess.

Later, they were joined by Zaire who took a security post for the religion. No god or goddess, though, has any power until they are worshiped by the common folk. Now a proper God of the love of life, and it’s darker tendencies, Augustus began to bestow acts of his power on the regular people and NPCs of Hellifyno, flooding the land with talk of his acts and miracles until he gained a steady supply of worshipers who made the pilgrimage to his new temple, supplying it with blood and fruit in recompense for power and to become his priests and priestesses.

The Paragons of Fire cult’s structure is loosely based on the Japanese Yakuza (see image below). 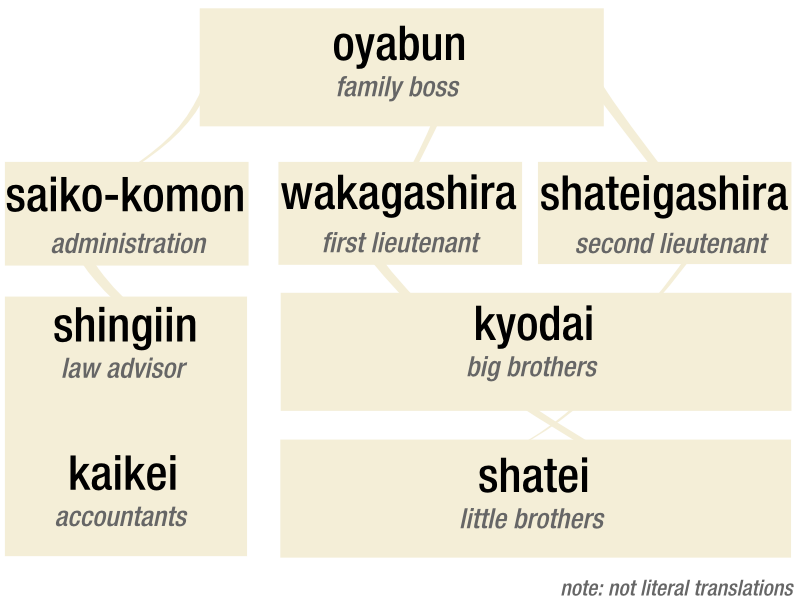 Where you see Oyabun, or the family’s boss, you would find Augustus Octavian. Wakagashira would be Kage-Hime, as his first High Priestess. Shateigashira would be his second priestess, or wife, and the Saiko-komon, or administrator, would be the head of his security or Zaire. The Shinglin and Kaikei would be the law makers and tax division of his cult and are made up of law enforcers and guards to protect the cult’s interests.

The primary function of the priests and priestesses of the Paragons of Fire are to seek new converts for the religion as a whole. They are all granted a portion of power for their service to Augustus since their bodies are ultimately changed from within due to the abomination that lurks within him. As a part of the ritual that grants them their power, parts of their souls are severed eternally from their body and a part of Augustus’ soul is inserted within through a blood ritual.

The source of most of their power comes through the connection Augustus has with the planet and the occultists but the seat of their power rests with the ‘Void’. As a result, most priests and priestesses, depending upon their devotion, are claimed by nirvana. As a result, they are released from the cycle of everyday life and in essence, they give themselves to the nothingness that the void encompasses and the power that it gives them.

Their blood then becomes blue, like the very magic Augustus uses and the marks upon his flesh however their veins do not glow with residual power until they use the magic granted unto them.

The penultimate goal of the Paragons of Fire is to fully spread throughout the planet. Much of their religion is a mystery to outside sources and their lairs and temples that are erected are often protected by wards and magic meant to keep outsiders from remembering what they’ve seen and also to protect the members themselves from harm.

Joining the religion is the easiest part. You need only to contact a member or approach and you are directed toward the original temple where within you’ll find yourself confronted by one of the priests or priestesses who essentially instruct you toward the path of enlightenment or nirvana and then ask you to swear an oath in an ancient language to their god. For the most part, these oath givings are not overseen by Augustus. On rare occasions, when a particularly strong soul joins the cause, they are granted momentary attentions from Augustus but only momentary and never the real him.

Their temples have begun to pop up in ‘almost’ every large city, save for Olde Watch, Paracosm and other places. When viewed through the lens of magic, they feel as if they are filled with Gaia’s energy, though it is only an illusion due to the original prospect’s ties to the goddess of life.