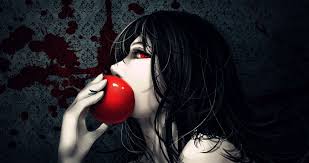 Sai is a happy go lucky kind of person, she still in enjoys the “carefree life.”,but still, has a bad side to her. She, most of the time she is seen as devious and misleading. Her temper can get up to high levels if you hit her hot button enough, although nothing pushes her over the limits more then treating her like a child. Sai doesn’t judge someone by what they look like, but more or less their character. If she thinks that a person is worth the time then she is quick to friend them, but if she finds them boring and uninteresting then her interest drops.

Sai’s fighting skills are a bit vague when in her normal form having the normal fighting skills of self-defense, but only with the enormous amount of strength. In her second form {Look to the picture below to see what it looks like.} her strength is maxed being able to stop a 2-ton truck with just one finger. She doesn’t use a weapon most of the time, but if she is to use one she would use either a dagger or a bow and arrow. Also in her second form, she can form a black smoky substance that can eat away at anything like acid and can control a person by focusing on their blood flow and using it against them, but this can only be done if she has bitten that person.{second form}