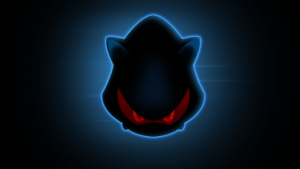 Artificial Intelligence Databank – A specialized device created by Kurai Kishimoto to both store and run several simultaneous Artifical Intelligences at once. The component acts as both a large data and memory storage, as well as a seperate processor capable of running trillions of simultaneous processes at the same time

Anti-Proton Thruster – Antiprotons are injected into a reaction chamber filled with hydrogen. The resulting matter-antimatter annihilation provides unmatched motive power. The exhaust of antiproton drives is measured in millions of degrees Celsius; anything caught behind them will melt like wax in a blowtorch. At full thrust, this engine is capable of reaching speeds of roughly .001% the speed of light (IE, Mach 875).

Arc Reactor Cube – A power source created by Kurai Yuki Kishimoto based on the technology pioneered by Tony Stark. This Arc Reactor differs in the shape and design of the power source, allowing far more energy to be produced at a much faster rate. More than able to keep up with the energy demands put on it, the only limitation to the device is that it requires refueling once it has been drained. It operates by using quartz mineral as a fuel source.

Beam Sword – A powerful plasma beam shaped and contained by a one way restraint field. The ‘blade’ can reach temperatures easily comparable to the surface of a star and the containment field surrounding the plasma beam is capable of turning aside energy weapons fire.

Blacklight Shield – A sheilding system designed by Kurai Yuki Kishimoto to incorporate the strengths and properties of a Hardlight Shield and the Black Shield. The combined device projects diamond shaped purplish black planes of shield energy at Metal Sonic’s direction, allowing him to reinforce the shield further by pushing more power into it.

Black Shield – A shielding system that encases Metal Sonic in an octohedral energy shield with black outlines. While encased in this shield, Metal Sonic is nearly invulnerable to harm from energy-type attacks and physical attacks augmented by energy. The shield is still slightly vulnerable to non-augmented physical attacks, however, and it drains too much of Metal Sonic’s energy to use constantly. Most commonly, the shield will be deployed by Metal for just enough time to block something that seems like it would deal great damage.

Blackstar – A weapon that exploits Element Zero and Mass Effect Fields to fire micro singularities that revert to their natural lethality on contact with a solid object. The blast tears apart the strong nuclear forces that hold the target’s atoms together, resulting in a localized fusion reaction in light atoms and a fission reaction in heavy atoms. The weapon alters nuclei, thus changing the chemical composition of the target. It destroys organic tissue, corrodes surviving armor, and leaves a visible trail of light-emitting particles.

Compressed Solar Cannon – A cannon that generates and compresses solar radiation. It fires the radiation in enclosed electromagnetic pellets that burst on contact with a surface, releasing the stored solar radiation explosively.

Disintegration Rifle – A weapon that fires blue energy beams capable of breaking down the bonds between molecules on the targets struck. This causes the target to lose cohesion and seperate into dissolute particles similar to dust.

Disruptor Torpedo – A powered projectile with warheads that create random and unstable mass effect fields when triggered. These fields warp space-time in a localized area. The rapid asymmetrical mass changes cause the target to rip itself apart.

Element Zero Drive Core – A device that contains a solid core of Element Zero, which is then exposed to large quantities of electrical charge. This produces a Mass Effect field that lowers the mass of the vessel, effectively raising the speed of light within. This permits the vessel to travel at FTL speeds with negligible relativistic time dilation effects. Combined with an Anti-Proton Thruster to provide motive power, the vessel is capable of speeds just reaching 50 times the speed of light.

Feng Shui Engine – A device designed by the Shadoloo and S.I.N organizations to generate enhancing artificial energy known as Ki. This Ki energy, being artificial in nature, can enhance the performance of machines just as easily as organic beings.

Gauss Rifle – A ranged weapon that uses magnetic induction to propell a projectile at incredible and devastating speed. Each shot can be fired at a base muzzle velocity of 2km/s, or the shot can be charged for a few seconds to boost the muzzle velocity up to 4km/s. The projectiles fired by this weapon are traditionally solid slugs, however these can also be swapped out for explosive, shrapnel, or armor piercing rounds.

Geth Spitfire – Like the geth plasma shotgun, the Spitfire is not a true energy weapon. Instead, the minigun magnetically flings clusters of superconducting toroids. These donut-shaped projectiles are designed to shatter upon impact, arcing electricity between the fragments and flash-converting them to plasma. The gun’s punishing, automatic blasts impact with the heat of a cutting torch.

Kinetic Barrier – Kinetic barriers are repulsive mass effect fields projected from tiny emitters. These shields safely deflect small objects traveling at rapid velocities. This affords protection from bullets and other dangerous projectiles, but still allows the user to sit down without knocking away their chair. The shielding afforded by kinetic barriers does not protect against extremes of temperature, toxins, or radiation.

M-560 Hydra – The Hydra releases a barrage of miniature missiles, each guided by an independent homing system that seeks out exposed enemies. On impact, three shaped charges per missile explode in sequence. The first overloads the target’s kinetic barriers before the second destroys its armor, clearing a path for the third warhead to detonate inside the target.

M-622 Avalanche – The M-622 Avalanche generates a Bose-Einstein condensate within a mass effect bubble which dissipates on impact, violently spraying the condensate outward and coating the target in a near-absolute-zero superfluid.

M-920 Cain – The M-920 Cain is a portable particle accelerator surrounding an array of dust-form element zero chambers. By subjecting its eezo chambers to extreme positive and negative currents fueled by antimatter reactions, the weapon projects mass effect fields that shear away at the target. The fields warp ambient materials with such explosive force that the impact produces a mushroom cloud. This has led Alliance marines to call the Cain a “nuke gun,” though its detonations do not in fact produce fallout. The M-920 uses graphite rods as neutron moderators, but they require frequent replacement to sustain power.

Mandalorian Iron/Beskar – A unique iron ore naturally found only on the planet Mandalore and the orbiting moon Concordia. The iron is the one of the toughest metals known to science. Cherished for its incredible strength and durability, beskar was notable for being able to withstand blows from even a lightsaber, and was commonly thought to be nearly indestructible, making beskar more prized than durasteel or cortosis. Metal Sonic’s armor plating has been formed of this material, micronized to increase its already impressive durability even further.

Mass Accelerator – A weapon that fires a solid slug using precisely controlled electromagnetic attraction and repulsion. What makes this device significantly different from a standard gauss rifle is the inclusion of Element Zero, or Eezo, to lighten the mass of the slug and accelerate it at greater speeds. With enough power, this weapon is capable of propelling slugs at 99% the speed of light.

Miniature Concussion Rocket Launcher – A miniature rocket pod, firing small missiles that are tipped with concussion warheads. These can be replaced with high explosive heads, or even bursts of electrical energy.

Monocoque Titanium Shell – Once, the largest part of Metal Sonic’s defensive ability. This Eggman designed outer shell is engineered to disperse much of the kinetic force applied to it over the entire shell, vastly increasing its ability to turn aside or even tank hits that would otherwise crumple a more simple design.

Particle Blaster – A ranged weapon that fires bursts of compacted high energy particles and intense light that can kill or paralyze depending on the setting. These ‘blaster bolts’ are blue in color and can burn through even toughened metals like titanium.

Personal Flamethrower – A small flamethrower with a 30ft reach. The intense chemical fuel of this flamethrower is hot enough to burn white, capable of melting steel in seconds.

Plasmacaster – An energy weapon that fires superheated bolts of plasma formed in a sealed chamber and propelled through a superconducting barrel. The weapon can be fired in single shots, three round bursts, or automatic fire. Due to the immense heat of the rounds fired, targets have a chance to be melted into gel-like piles of inert plasma.

Rocket Propelled Grapling Limb – Long range grapple lines and a powerful winch inside the limb. The system fires tiny rockets to shoot the lower limb at a target so that it can snag things up to 30 meters away and reel them in with the reinforced line.

Shaw-Fujikawa Translight Engine – This device functions by creating ruptures, referred to in some sources as wormholes, between normal space and an alternate plane known as slipspace. The nonstandard physics of slipspace allow it to be used as a shortcut realm, facilitating interstellar travel between distant regions in reasonable time. The engine makes ruptures by using high-power cyclic particle accelerators to generate microscopic black holes. Because of their low mass, Hawking radiation gives them a lifetime of around a nanosecond before they evaporate into useless thermal energy. In that nanosecond, the engine manipulates them into forming a coherent rupture between normal space and the slipstream.

Songsteel – An extraordinarily light and luminescent silver metal, most famed for its resistence to energy attacks in a manner similar to Mandalorian iron. Though it could deflect even the strikes of beam swords, the material does not share the same strengthening and durability properties as Beskar.

Thanix Magnetic-Hydrodynamic Cannon – A weapon that uses a massive element zero core powering an electromagnetic field suspending a liquid iron-uranium-tungsten alloy that is shaped into armor-piercing projectiles when fired. The jet of molten metal, accelerated to a fraction of the speed of light, destroys targets by impact force and irresistible heat.

Variable Battle Chip System – A unique system that allows weapons and utilities to be programmed into digital battle chips, which are then slotted into a terminal. By accessing these battle chips, the systems data can be used to digitally convert entire limbs and inner components into the technologies stored on the chips.

((Author’s Note:  This is an evolving Blog.  It will be updated as new technologies are scanned and archived by Metal Sonic.))