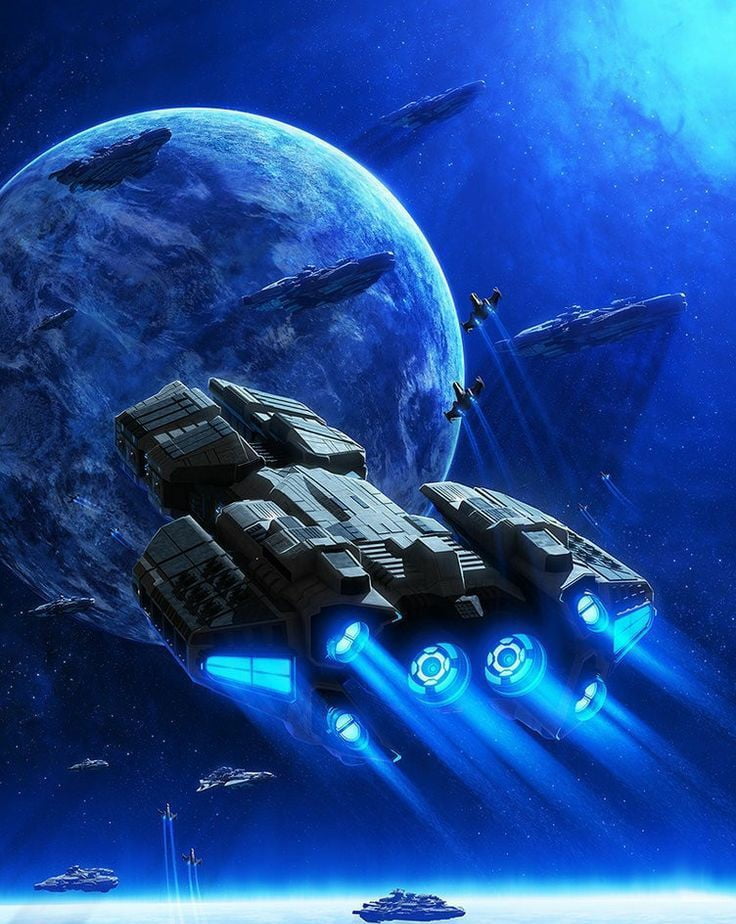 Previously, in the last one, we got Ally to come home, now without the brothers they have to face a challenge

In the wake of the Void, it was a rough and difficult flee to Trition, the Moon Of Neptune, the soil of Mars would begin to crumble and crack away as Lily was grabbed by the hand by Alyssa

“We have to go! I need you to accompany me in this Voyage” Alyssa said to her Vice Dynast also known as the Kitsune at the time

“I will try but can’t guarantee it to you” Lily said going to help with navigation to the Moon, as Alyssa would go her command deck to communicate with her slibbings

Alyssa would switch the main flagship into autopilot and would open up the holograms “Charlotte, how is progress on trying to lift up the crumbling island within what was Patragoldble” She asked

“Rough, Kent is holding them off while I try to lift it into the depths of space, its impossible without magic, so its going to take a a long time, so I will keep you updated” Charlotte said to her sister then continued to work

“Aila, how goes trying to communicate with our brothers?” Alyssa asked over the hologram

“Telepathical Silence from Myles and Xavier hasn’t learned how to Telepathically communicate with us, however he is safe but unreachable by us” Aila said over the call

“Wait, Telepathical Silence, he’s in danger! I’m going back!” Sierra said over the call as her fleet tried to leave production on the Trition Colony

“Sierra, no! Apply Logic to the situation, you don’t know the variables of the conflict and we will be better to have you there, however I will begin to handle it” Charlotte said over Hologram