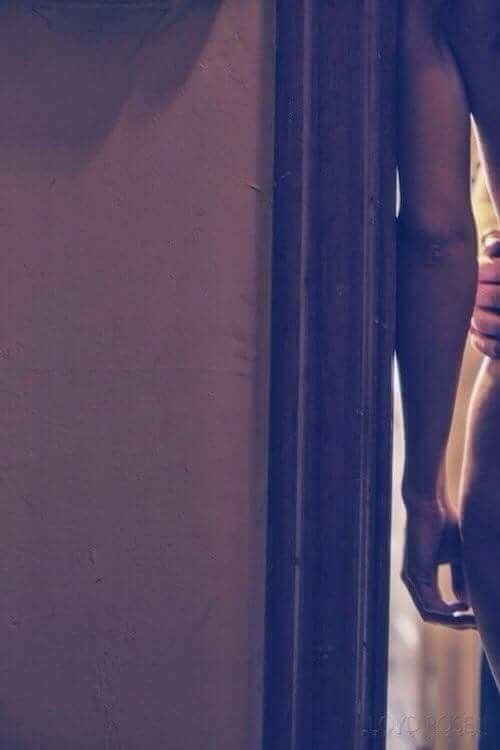 (Background: Just something I dreamt of.)

He rubbed his chin in frustration as his bright eyes scanned over the computer screen. He was trying to solve this case by means of sheer human thought. The crease along his forehead deepened as he came across information he did not want to see, or perhaps just lack of information completely.

“This is getting us no-where,” I said, exasperated, standing from the squeaky chair I planted myself in. I put my hands on my hips and began to pace in his small, cramped office. “I can’t believe the royal courts asked me to help with this search; with a human.” I was just as frustrated, tired and ready for this partnership to be over.

“You’re the one who lost the Orb in the first place!” His voice rose but was no higher than my own. He stood, clearly ready for the fight I had started. His tie was already off his neck, and his dress shirt was unbuttoned to his chest. The sleeves at his arms were rolled up haphazardly as if it would give him an advantage sorting through the evidence. “How careless does one have to be, to lose the most powerful force gifted to your race by us?” He wasn’t yelling, but his sarcasm taunted me.

My delicate jaw tightened, pressing my teeth painfully together to keep from speaking. I was still facing away from him, my eyes glaring into a pathetic human motivational quote under a washed-out picture of a sunset. The wall was only a foot from my elven face… and I could punch it very easily from this distance. I resisted the urge – barely.

“And,” He continued, “not to mention they didn’t even believe in your ability to find it yourself.” I could almost feel his cheeky grin as it bore into my back. “Look’s like you’re just stuck with me until this is done, sweetheart.”

My head cocked to one side as his words bounced around in my mind. Sweetheart? My eyes closed and I slowly, audibly, released a breath to cool my nerves. I turned, my face hot from the truth of his statement. My large almond eyes looked at him from where I stood. I was quiet, trying to think of something productive to say when I watched his eyes trail down the front of my body. It was… disarming and my cheeks were no longer warm from anger. He looked hungry, the way a man looks at prey he is determined to have. I liked it – as much as this man infuriated me.

I licked my lips, folding my arms under my chest to just give myself something to do. “Okay.” My voice lost its heat, transfixed by his stare. “What do you want to do then, sweetheart?” I cocked a fine brow and took a small step in the direction of his desk. My t-shirt was form fitting, hugging me down to the jeans wrapped about my waist and legs. I did not care much for these mortal garments, refusing to wear a bra and only barely agreeing to their custom of underwear.

His eyes trailed down me again, and I could feel my stomach fluttering nervously. I smiled shyly, though I fixed it quickly before he saw; rearranging it to a hard, flat line.

He snickered and walked around to the front of his desk. He leaned back against it, sitting on its edge with his hands at his side. “Ouch. I thought the Elven people were supposed to be pleasant folk? You don’t seem very nice.”

“Nice? Oh, I’m very nice. To people I like and don’t irritate me.” I quipped back, my smile large and bright to add to the very minor insult. I was drawn to him though, my feet carrying me to him and slowly closing the space left between us.

“I irritate you?” His brows slid up his forehead in surprise, but his demeanour was playful. “Hm. That really is no way to talk to your partner…” His voice lowered, his eyes moving to my lips.

I was close, practically between his legs at this point. We were practically the same height as him sitting on the edge of his desk. I leaned into him and pressed my full lips to his. Gently, testing the waters of the interaction.

“Partner?” I whispered against him. My tongue slid from behind my teeth and licked delicately at his lips, toying with him. “You mean, my subordinate.”

He leaned back from my kiss, to which I stood straight; a smug smile over my elven features. He stood then, posing over me in all his height, forcing me to look up at him. I stayed my ground, however, my cheeky grin still displayed defiantly at him.

“Tell me what to do then.” His voice came out as a whisper, his hands trailing up my spine. My massive smile faded into something much more genuine. The chemistry between us was palpable and the desire to be with him – this human – was overpowering my good senses.

“Show me what human men do to please their women.” I was direct, my eyes blazing with curiosity and lust.

He nodded and sidestepped to my left. He told me to remove my pants and annoying undergarments; which I did without hesitation. My skin was in pale contrast to the dark wood of his desk. Cream coloured and perfectly undisturbed by freckles or scars. My legs were toned from the years of militia training I had endured. That, along with the natural muscle tone of my species, it made me admittedly superior to the human females. I removed my shirt without instruction, totally comfortable in my nakedness. I looked up at him expectantly waiting for further requests or commands when all he did was watch me. The heat of the moment displayed itself in the colour of his cheeks and his admiration for me displayed in the movement of his cock beneath his pants.

It made me bite my lower lip shyly. Elven men were used to our bodies and beauty… never appreciating our form the way perhaps we wanted. This man, however, could barely keep his hunger in check. It made my heart pound and my pussy wet with anticipation. I cleared my throat and put my hands on my hips, trying to act natural. “Yes?” I asked defiantly.

He told me to sit on the desk and to lean back against my elbows. I complied without another word. He was gentle in his demands… a stark difference to the attitude I was lashing out. For whatever reason that only made me want him even more. No matter how in control I tried to be, he was definitely calling the shots: and he knew it.

He knelt and kissed the insides of my silken thighs. Starting at one knee, his lips tickled down my skin toward my awaiting sex. I tensed, but only to stifle a giggle as his facial hair scraped against me. I had no idea what he was about to do; such acts of pleasure were unknown to me. I felt nervous until his tongue slid over my sensitive skin. My breath held in my lungs as the sensation flowed through me. I could feel his lips, slick with my own arousal and his saliva move and press against my clit. His tongue slid around and around my swollen bundle of nerves in rhythmic perfection. My heart raced at the feeling, my body began to shake with every deliberate movement of his mouth. I begged him not to stop repeatedly as my orgasm rippled up into my body. My hands at my sides grabbed at the paperwork and scrunched them as my body tensed, my head was thrown back in ecstasy.

My legs felt weak and numb, deliciously light as my eyes stayed closed. I wanted to comment on the average work he had done, which was a lie, but I could not find my voice. I heard him begin to remove his pants and forced myself up to a seated position. I was flushed and warm, my hairless skin sensitive and desiring his hands all over.

With his pants at his ankles, his cock stood from his hips. He had one hand gently gliding up and down from its head to base. I couldn’t keep my eyes off of it; even as he told me to turn around. I didn’t move at first, the desire to have him in my mouth as he had me became the forefront of my movements. I went to my knees before him and took him into me. I wrapped my lips over the tip and pushed my head down to the base of his genitalia. He sighed and I felt his body relax, so I continued. Sloppy and warm, my mouth continued a determined rhythm as I played. Licking, sucking, stroking, I presented my sexual appetite and understanding of males.

From my hands playing with his shaft and balls, I fed magic into his nerves. Igniting them to be extra responsive to my touch. Cheating, perhaps, but I wanted this irritating man to remember what I can do and make him want me again. His voice came out in ragged breaths as he warned me of his finish. I continued, forcing the thickness of his tip to the back of my slick throat. His seed pooled down my tongue into my body as his frame jittered and tensed with the action. His hands were in my thick hair, holding my face tightly to him until he felt the need to allow me movement.

I stood and reached behind myself to grab a Kleenex. I cleaned my chin and lips, still watching him as he stood there trying to collect himself.