Home Something to Look Forward to

Something to Look Forward to 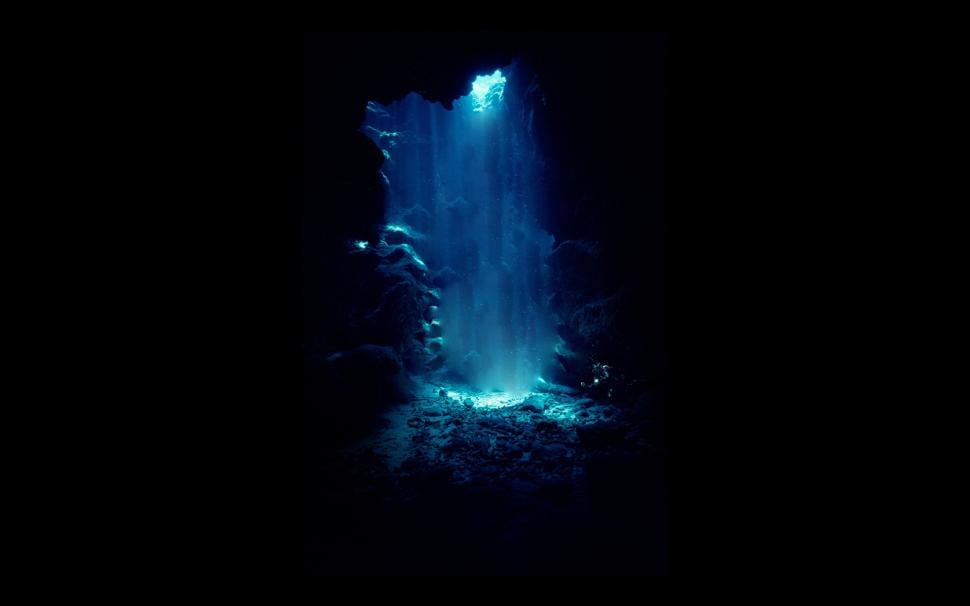 Charlie’s skin was damp to touch, standing there in pitch black trying to focus deep blue globes to the darkness around her. She doesn’t remember how she got there, and where there was exactly. “Fingers?” Calling out into the ebony surrounding, her voice firm and questioning hoping to hear something. The only thing in those moments that she could hear was the small faint sound of something dripping. Her skin chilled as she slowly slid one foot forward, bare feet feeling out the cold, damp, ridged ground below her. “Slick?” She was in a cave, she knew the feeling of a cave, she grew up in them.

Drawing in a deep breath, the moist cold air drew into her nose, filling her senses with a slight moldy undertone, stale water, and a slight sweetness. “Spud?” Her voice shook this time, why were none of them calling back to her, why were none of them reaching through this darkness to help guide her? Thin fingers drew through the darkness to touch upon, clammy skin, hoping, praying that she had her gun, or her daggers. What she found was nothing but her own touch. Her hands traveled her frame, fingers trembling as they came to the conclusion that she stood there naked and yet blanketed in a darkness.

Within fear blossomed, it was not yet in full bloom, but the bud had already sprung forth from earth and created a way through her. A vine in which would stifle the many ways one took to cope with such situations. Charlie balled up thin fingers and hid them away against her palm, drawing it to her chest. Another step forward, her left hand reached out, misguided and with no representation, seeking out the wall of the cave. The feeling of abandonment welling up within, tends to draw the attention to the vine of fear, having made its way deeper within. Failure of comfort, seeking out for just something to steady herself. Another step forward.

The sounds that surrounded her were of near silence, a small rush of wind only being picked up at skin and ears as it pressed against her. Her skin moist with sweat as she moved, inching her way through a place that which seemed had no end to her unsteady frame. “Jockstrap?” Nearly pleading out with a whispering voice. There was a sense of familiarity that pushed through the dark envelopes of her mind. Calling her to remember, screaming at her to take action. Lack of action in taking upon the worry of her mind as she didn’t want to be there. Was it time to go forward, was it time to listen, or was it fate that kept her standing still.

Another step forward, into an abyss of what seemed pasts calling to her. Blue globes fearing what lay beyond the darkness, but thought collecting forcing her to move, to face the darkness. Shattered breathing heard, breaking silence and sound of emptiness. Was it but a sweet dream, when light began to dance in distance? Was it but thine sweet desire for warmth and comfort? Body moved at own will, taking upon itself this sense of falsified awakening of courage. Lips parted as moist air settled upon tongue, letting sense of taste bring back a past in one that would rather remain buried. Knees trembled as step became more haste, letting that singular light guide her, flickering in and out of minds eye.

Trickling memories as eyes beheld sorrowful truths. Blood dripping, heart racing, a past once loved, future taken. The scene playing through, demanding its memories be shaken, not forgotten. There he stood, towering figure in corner, clothes tattered and torn. Once fair skin,  now replaced with dirt and grime, coagulated blood pinched at soften flesh. Dark hair disheveled, coated in the years of past. Shift of frame and eyes behold, a man in which sanity has fled. A once familiar loving member, but eyes tales changed. A glimmer of a love once seen before, shattered by destinies design. Desperation to reclaim things lost and for eternity to never return. But thought of sickness designed a falsified reprieve, a place in which all his dreams could blossom, to regain a loves lost. Burdened by insanity, took his once bright eyes, smothering the light, replaced in darkness.

Stepping stones of life now played out as father and daughter reunite. A longing to be held as flesh of frame bore no secrets before him. Silence so deep caused a tremble of flesh as his eyes partook the flesh and blood of his kins sight. Lack of feeling behind dead eyes. For her, her eyes filled with a childlike desire to have father hold her and soothe the broken heart within. There would be no meeting of one that would soothe nor comfort this child. Mans mind lost in the returning of his beloved, misguided by design as he only held within hand an axe. All she wished he would use to brush away fear, were those strong hands, memories then have surfaced.

His body moved forward, one strong sweep step after another, leading him to the moments in which he had waited for. Her frame collapsed there to chilled ground, knees scratched from sharp rocks below. No pain felt as moments before had brought her to a state of numbness. There were so many moments in which she had imagined this very scene. But he would in mind embrace her, apologize even at the sacrifices he made of her siblings. Calling within her to forgive him, weeping to the ideal that he would be the father she once knew. But again this was but her minds imagination that played out such scenarios.

His once loving hands touch came, taking up her dark locks, gripping them with a force no father should know, his body moved then. Dragging her nude frame across the jagged rocks of the caves floor bed, he cared not for the tears that she began to shed. Numbed by loss already, he was but moments away of getting back what was once the greatest loves. Her voice rang out and shook, hands came to clasp at the hand that had taken her hair in a hold that did not defy his current strength. Lifting her thin frame only briefly to have enabled himself to bring her skull down against large rock. No words could be found, no sounds could she make, as she faced him, the back of her head sore from the rock beneath, her blue globes searching his in desperation as she begged to see the same eyes that once looked upon her in love.

From current angle she could see above him, that dripping sound now clear, reality setting forth it path of darkness once more, as above her father she sees that of her siblings heads, strung up by strings still dripping the blood, showing that of the freshness of the sacrifices he made for their mothers return. It may be eerie in thought of another, a father holding down his last daughter readying himself for a sacrifice to return that of his wife, as his other children’s blood dripped upon them. Her hands laying down beside her, feeling a warm puddle of what she now knew was her brother and sisters blood, still warmed. Closing her eyes tight as he lifted his axe.

Lifting her frame and sitting up forward, retreating from the confines of her blankets, eyes wide with fear and chest heaving as she played out the nightmare from just moments before. Tears still streamed down her face as she drew her knees forward, wrapping thin arms around herself, letting her mind be coddled. Easing her back into the current state of reality. This dream would never escape her, a foreboding memory never to leave her, always there to remind her of what was out there looking for her.