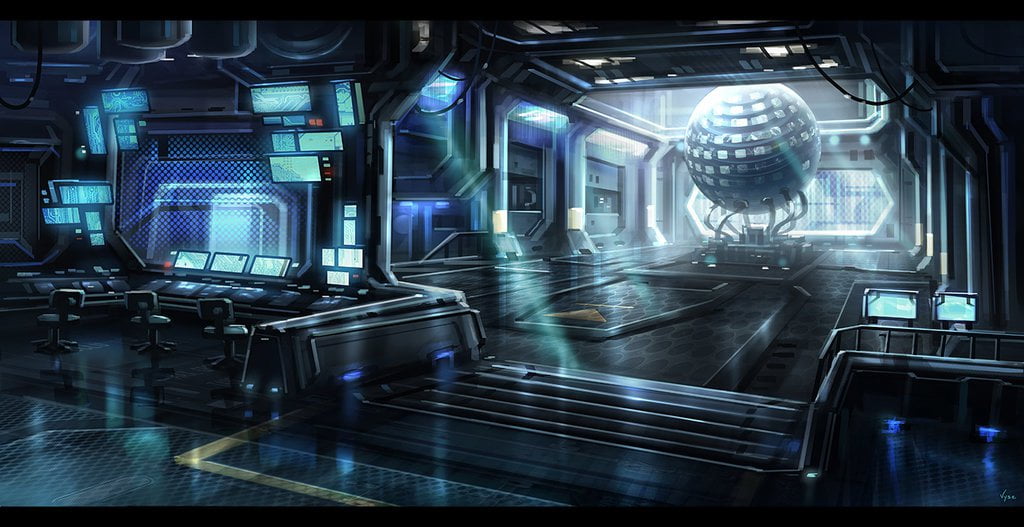 Captain James T. Kirk’s Capture by Emperor Sheeve Palpatine, on the Death Star, sent a wave of ominous curiosity throughout Star-Fleets Upper Echelons of Power. Whispers of Kirk’s reputed connections to The Empire, were being turned against him. When no such evidence, ever existed.

Whispers then began their contagions of false ideologies throughout Star-fleet: that Kirk had somehow released valuable information, during his confinement by The Sith. Perhaps it was true? It would not be the first time, nor the last time, that Kirk would meet such Dark-Sider’s within unfavorable conditions.

Section 31 is taking the bold initiative to meet with Jim Kirk, upon his release from The Empire. Why? They’ve got a vested interest on how to exploit: not only Jim Kirk’s horrible experiences? But The Empire Itself.  They’ve also got an IN, with Jim Kirk. There were whispers within The Red Sun Inn, upon the planet called, Hellifyno. That Kirk had shot his mouth off about the fantastical events he experienced on-board The Death Star. None of it was true. That night, back at the Red Sun Inn: Kirk was so content to be back on Hellifyno. Beer was being passed around, celebrations were had, and he’d smiled most of the night. Smiling through what he’d remembered, and trying to compartmentalize between fact and fiction.

Section 31 is an organization, not directly affiliated with Star-fleet: due to their Covert Operations. Most of which would call them: Black Operations. Clandestine. Illegal. Strategic Operations, meant to disable, obliterate: Star-fleet’s Charter Enemies. Which brings us to where Jim Kirk is located today, at the Federation Embassy on planet Qo’noS: also known as Kling. Meaning Klingon Empire Slash City.

Qo’noS is an M-Class Planet, (Minshara-Class), within the Beta Quadrant: where the Klingon Empire has built their home, their defenses, and their culture upon. Which is suitable for Humamoid (human) Habitation.  Entrance into the Qo’noS Federation Embassy entails these requirements: retinal scan, verbal authorization, and an eight digit code. The actual Federation Embassy is located within the basement. One Single Turbo-shaft, allows individuals into this secret very lair of illegal activities.

After taking the Turbo-shaft to the basement of the Federation Embassy: Kirk arrived to an office, which held a Giant World Globe, numerous technical equipment, interesting computers and shafts of light. Not to be confused with Artificial Light within the sub-space of a basement: and who knows how many miles beneath Qo’noS that this office is currently situated? Arriving here was bringing more questions than answers for Kirk? And why would they want to speak to me?  Who benefits more from this meeting? Section 31. Kirk’s been played as a pawn before, by Admiral Alexander Marcus: (The Head of Star-Fleet), and a member of Section 31. Maybe he was meant to be a pawn all along? They can Try! Try Again!

Eventually, however: an older man wearing the same black type uniform as Kirk appeared within the darkened office. He appeared European with a British Accent, military hair-cut off to the sides and standing within the middle of the room. He appeared to be rather thin, and tall: maybe standing up to six feet tall? “Jim Kirk. I hope that the transport here wasn’t any trouble?”

Kirk shook his head, “No, actually. No trouble at all” Better than those Cabana Boys and Malis Hayte that shot him with 500 years of Lust back at the Red Sun Inn. That was weeks ago, the beginning of His Hell.

Rick eased his hand away, though he appears quietly infuriated about the matter. Human Interactions bother him? Interesting. “…Alright. Let’s cut the bull-shit, Kirk. You’ve interacted with those from The Empire. I know because you spoke of them often enough with your hidden language inside of your REPORTS” He lets that sink in, allowing silence to have the utmost effect, “…OFF-Branch-Organizations” Rick smirked because he’s studied each of those reports in fantastical detail. “You had light-sabers being created on the Enterprise Lab for your own benefit by some sort of a Tech Dragon? The Hell is that, Kirk!”

Twice now, Kirk’s had his breath taken from him after this galactic event. Not only was Old Emperor Sheev Palpatine in his head! But now hes got this douche-bag whose been studying through his Ships Logs, and with a possible vendetta against him? Get. In. Line. “Nothing that you’ll ever understand”

Rick took that as a challenge, “Is that so, Kirk? Tell me, why did they pick you? Why would that. I’ll even use your hidden language. That off-branch-organization care about some guy from Iowa? There had to be something special for them to take notice? Or was it the civilians and the militants and the rebels that you were associating with on that planet: that got them to notice?”

Kirk immediately pointed out, “THE PRIME DIRECTIVE WAS DISMISSED FOR HELLIFYNO! THAT WAS AN OPEN SECRET! YOU’RE CREATING SOMETHING OUT OF NOTHING!“

Rick need only to focus onto the globe within the room. Though he eventually sat down at one of the chairs before a computer. Nothing was typed into said computer, however, Rick replies, “You know? If Whispers, are spoken loud enough, with enough enthusiasm, will eventually become fact” Glancing back to Kirk, “And soon enough, most of Star-fleet will realize that the rumors of your providing information to the enemy are true”

Kirk reacted, “I TOLD THEM NOTHING!“

Rick still fiddled with some keys on the computer, though nothing truly came of said action. “When you arrived back on Hellifyno” He says, “You were drinking, celebrating of your survival on-board that Death Star, in that Red Sun Inn?” He pauses for effect, ” However: what do you remember? When you were allowed out of the cell? Did they keep you in a cell? Or did you get to walk freely? Did you get to speak to The Emperor?”

Kirk remained standing despite the volley of questions within his direction: though he expected this type of return to Star-fleet once he’d survived the ordeal. “I spoke with Sheev” Kirk replies, “But he only offered non-answers. And even then, that’s when the rescue came into play. Besides” Questionably, frustrated features develop, “If they wanted to kill me, they would have. There were death-troopers stalking my every move on that ship. And I saw the oddest….” It was there that Kirk remembered that he made a deal with Sheev, that in order to protect the Federation: he’d have to go down on his knees. Moments pass while Kirk remembers even more damning information, “Captain Christopher Pike is in their custody” He says, “And I also spoke with my father, Lieutenant Commander George Kirk” He says, “George Kirk, as you know: gave his life to save those on Kelvin”

Rick narrowed his unusually dark eyes, “So if he’s alive? Purportedly alive? Wouldn’t you want to be the one to get, Your Father and Captain Pike, back home?” He taunts, “You can’t do that by working with Star-fleet. So this will have to be something that’s done on your own. We can’t provide back-up for you out there. In fact. We want you to get as close to these ? What did you call them? Sith. Dark-Siders? Magical Beings? New Species? And we want you Kirk” Pausing once more, “To form an alliance with them”

Rick nodded, “You’re the Genius Hick from Iowa. You Figure it out. But now you’ve got Section 31’s Authorization for Extraordinary Measures, and other perks? You can concentrate on bringing them back home? Whenever that time comes?  Besides: You’re the Original No-Win Scenario Captain. You’ll figure it out, eventually”

Kirk agreed, but not without some trepidation of his own. Although Rick’s words seemed filled with derision, than actual camaraderie, “I’ll let myself out” Kirk. It was just the turbo-shaft for the embassy, and the transport back to Helliyfno. Though he was beginning to leave the underground office…

Kirk turns around at the existential turbo-shaft door, towards Vice Admiral Rick Grimes. Yet no words are apparently spoken from The Captain.

And with that: Kirk is gone!