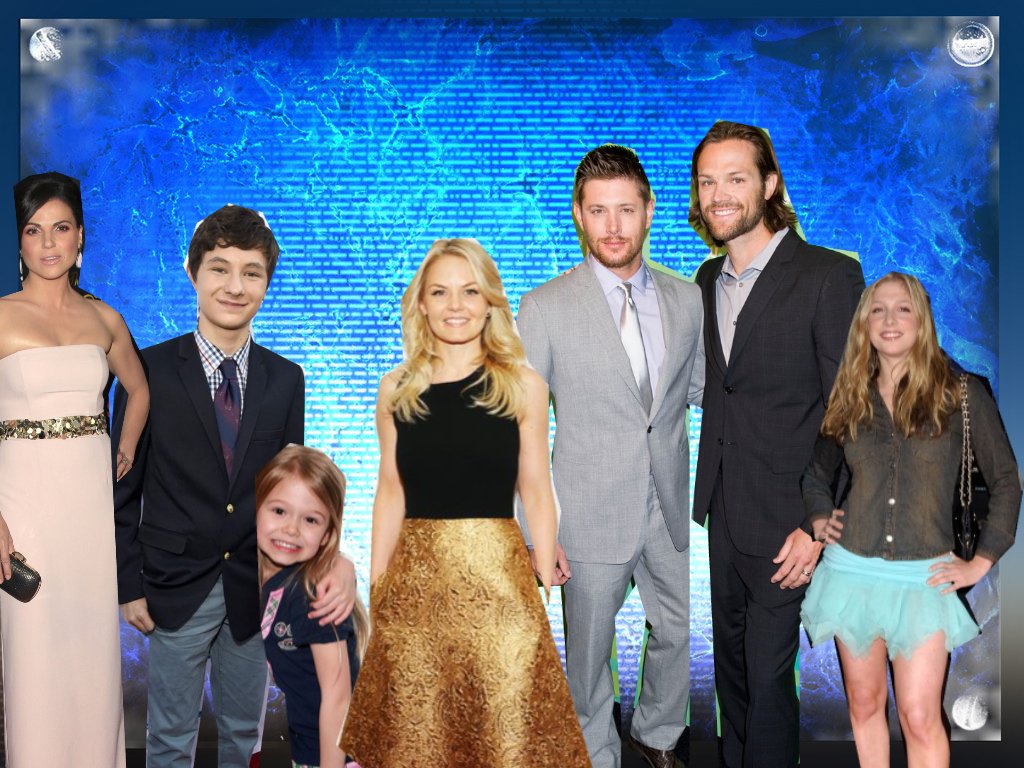 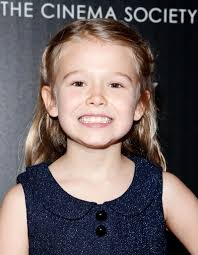 Star Mary Winchester
Birthdate:7/18
Age:6
Face claim: Erin Gerasimovich,
Once Upon a time/Supernatural Character
Traits:Autistic,Kind,Nice,Loving,Shy at first,Helpful
Birth parents: Does not know them was given up
Parents: Adopted by Dean Michael Winchester  and Emma Abigail Swan
Appearence: Dirty Blonde wavy curly hair,blue eyes. She is underweight from being in the orphanage,She is 3 feet.
Origin: She was given up at birth because she was autistic. Her parents found her different and they said that they couldnt deal with the fact she was different. She was placed at an orphanage. She never knew her birth parents because not long after she was born she was given up. She is one of a kind and loves to help wherever she can. She may be different but all she wants is to be accepted. She met dean emma and sam after the orphanage was attacked by a demon. Star was the only survivor and was a victim of the attack. Dean emma and sam were hunting the demon when they met her. Emma took an immediate liking to her and felt bad for her.Star managed to capture the heart of emma and Sam. Emma and sam had covinced dean that she was more then a victim that this wasnt just some other hunt. She had feelings and now she was all alone. When sam helped and sided with emma dean eventually caved. They both decided to take her back to stroybrooke. Star was afraid in a way because she didnt like change but she was fond of emma and was excited to go back with her. Besides all this she kept hearing about a boy named henry and she couldnt help but wonder who this person was. Her curiosity was peeked and she couldnt help but feel like for the first time she belonged.When they arrived back in storybrooke star couldnt help but cling onto emma. This place was all so confusing. She ended up finding out who henry was and at first she was still afraid and not really into talking that much however when henry showed her the book. Star immediatly hooked herself onto henry and asked him to read her a story. Henry told her about how storybrooke was a town that was made in a curse  and how everyone in this town was basically a storybook character.  Star immediatly grasped onto that idea. She eventually found out that emma was a savior and she began to see them all as a savior in some sense. Star eventually became close to dean. It took her some time but she started growing close to him. Star eventually couldn’t help but hear about a regina all the time in the household and eventually went to henry and question him about who this was. He answered simply shes my other mom,the one who raised me. Which left to stars next question about who she was here. Henry wouldnt admit it but he was sorta scared to tell star who she was. shes the evil queen the one who cast the curse. He told her. Star couldnt help but giggle at him she knew deep down that there was no way she was evil and couldnt help but look foreward to eventually meeting her.Not too long after  the attack easter of that year. Dean and Emma suprised her by legalizing the adoption papers and placed them in her easter basket. Star was so excited she finally felt like she belonged. Henry loved star as well and helped her.They became one big happy family and as dean started to get to know star he started to love her as his own as well.Star loves to play, She loves dolls and has one stuffed animal that is a unicorn. This stuffed animal has been with her for as long as she can remember. The unicorns name is Pinkie. She loves my little pony specifically fluttershy as star relates to her the most. She loves paw patrol and dora as well. Being she was in the orphanage for the first six years of her life did have some influence on her. However she is still full of light happiness and belief. When the attack did happen it scared her and Emma and sam were there for her. As she started to get to know them more she trusted them all of them. Two months after the attack happened she handed her unicorn to emma where dean stood next to her. “This is for you. I love pinkie but I want you to have her. Its a thank you for saving me.” She told emma.Star loves play dress up and loves to play princess’
Favorite Tv Shows:My little pony, Paw Patrol,Sofia the First, Doc Mcstuffins, Seasame street
Favorite animals: Horses,Unicorns,Manatees, Cats,Dogs, Bunnies
Favorite Characters: Sofia, Doc, Abby cadabby, Zoe,Skye, Everrest, Fluttershy