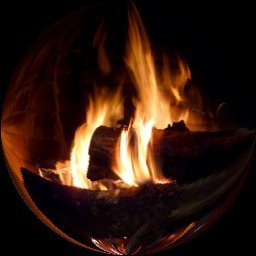 Something is wrong with me, Echo thought, sitting in her rocking chair, hands stilled in her lap. She had been re-reading a favorite book, How Green Was My Valley, but had set it aside about half an hour earlier, and turned the oil lamp down to just a faint glimmer.

Something is wrong with me, something more than grief, more than anger, more than loneliness. Yes, she told herself, the grief is brutal, the anger righteous, the loneliness crushing – but have I not experienced all these before? I took these scars for love of Herakles when I was young, gave my life for him when I was young, and when life was so unexpectedly given back to me – he had found another lover, one whose face was unscarred. Three thousand years and more have I lived: why should this grief, this anger, this loneliness seem to be the worst I have ever known?

Something is wrong with me.

A log broke in the fireplace, startling her. For a few moments she watched the flames find a new pattern, even considered getting up to put another log on the fire, but inertia kept her still, let her fall back into her thoughts.

I did not come to this place deliberately, she thought. Chance brought me here, or need, or being needed. Whatever the case, I will stay until it becomes time to go elsewhere. That has been my way since Herakles forsook me, and I will not allow this moment’s pain to change that way of life. One day I will be walking and will find a new place,  just as I found this one, and I will keep going forward. It could be tomorrow, or fifty, or three hundred years from now. I will not, I will not, be forced away from this home by my own weakness.

Still – something is wrong with me.

A loud snap in the fire brought her out of her thoughts again, and as her reverie resumed, the flow had been redirected.

Aesmodeles may have deserted me, or be trapped somewhere as the Elexins are, or – or he may be dead. Heat came into her throat at this thought. My friend Daloki is dead, and dear, dear Raelin has vanished. Lilith has disappeared and so has Kayion, whom I loved so much. Perhaps if I knew where they were, whether they were alive or dead, whether they could be rescued – even whether they have abandoned me – perhaps I could move forward. But not a single one of all those who vanished ever said goodbye.

The three children of my body – they, too, are gone, lost or dead – I will probably never know. Vezhan, Daliyah, Helle – none of you ever had a chance. I could not protect you. Vezhan, stolen from my breast; Daliyah and Helle, stolen before I even had a chance to hold them.

Her face eased after another moment. My first child remains. The son of my heart, my teery. Be my rock now, my little one, my Dragon Teers. Better yet, be my steed, lest I cease altogether to move.

Perhaps, she thought then … perhaps I am finally growing old. Perhaps that is what is wrong with me.