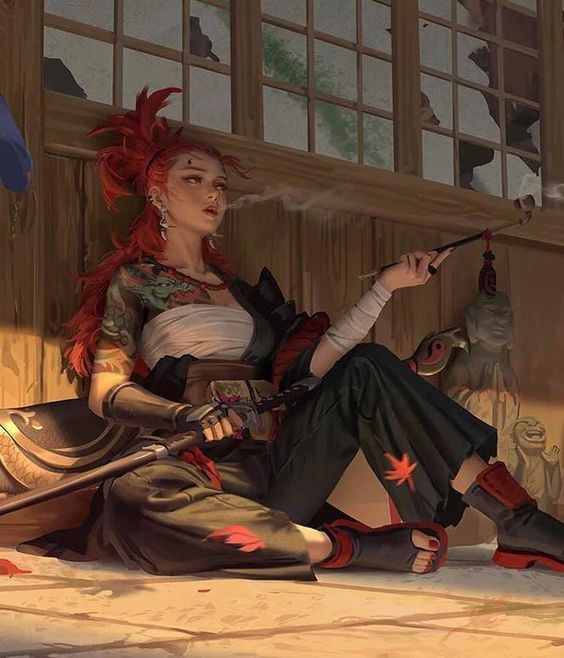 Nacht
While she reclined in the chair jade hues closed softly, lashes drifting over the copper tone of the cheek an almost stark contrast from each other. The grip upon the bottle was it was brought up to those lips again. It seemed that she was drowning in the bottle, but never getting drunk. What the bottle and its contents did for her was keep the dark, her past in some semblance of order.. or able to retain it in some fashion. The old habit took a moment or two to keep going, She never did understand how Harry kept refilling it for her. It had been that way since she had arrived in this universe both Harry and Jerry had always been able to refill the bottle for her and to this day it baffled the mind. Originally the mixture of blood and wyne was a private stock that she kept replenishing from willing donors of which Lorren was once one, but no longer.. The other bottles that were here were a precaution to keep her sanity or a semblance of that appearance. She knew there were prices that were paid and yet she was still here. The training and abilities that were had before the dark had been long stashed in the memories of the dark, but the wyne helped her access them, keeping them fresh, relevant to her even as she found the emotions difficult to deal with. Raz had said to find him when she had them all in balance, but what she had now was a false security she needed to do this without the wyne to help and that was going to take some doing. “Harry Whiskey please”

Nacht
Harry picked up a bottle from under the bar and tossed it to her rather then sending an imp. Without looking up the bottle was caught opened.Then taking a long swig the effects of the actual alcohol running through her form were evident to her, but the casual onlooker it would seem like almost nothing had changed other than the movement. Behind those lashes there were flashes of the past and the emotions attached to those images. Faces that were long dead, severance from her soul of the loves she had. the loathing of herself and what she had become. The happiness that came with learning new people, new things, excelling in her classes when she was a young kindred. The mischief that she had gotten up to in her spare time away from her keepers. All of this had blood tinged tears streaming down those coppered cheeks. The growl that followed was one of anger, and anguish at the waste of it all and yet. how relevant these emotions were to her current being just made it that more prevalent to the current time she was living in even if it was in a different place and set of circumstances entirely. There was a part of her that wanted to be that little girl stomping her feet because she was told she had to do something to fix something she broke, but it was herself that was broken and she couldn’t run from this any more. The grim determination that had seen her through the ages set in lines across face showing that this was not going to be an easy trek through things she had rather forgotten. Joy was there , but it was small and seemed almost miniscule in comparison, but it was enough she hoped. “thank you ‘arry”