Home Thank you for the meal

Thank you for the meal 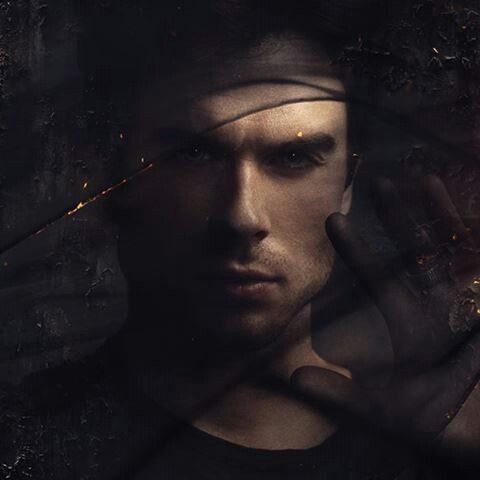 Time had passed by slowly these past few months, the world moving at snails pace while he wasted away in a cage, an imprisonment the other Abominations had seen fit to shove him within when he had first come to this place as a new member of their numbers. Punishment for not nettling out the darkness that would release them. Only the past few weeks had held any significance and that was only because of her, a stranger at first who had turned into something rather special for the ex-vampire antediluvian of the Giovanni.

Darkness slicked the surface of pale tanned complected flesh, the harsh rattle of chains against sodden earth filling the small space of a cage meant to imprison someone of a far lesser power. When he had first been thrown in here, locked in an endless sleep, it had been enough to hold the new Abomination but he had spent months here, trapped in place that was filled with magic, the only thing that now brought any sort of nourishment to a creature who had most of his life draining the blood and magic from mortals in a plane where, sure, there was magic, but never enough to fully satiate the body of an immortal like himself and that pesky little ability of his had undergone its purpose in this place.

Eyes opened, murky black filling the whites as veins of black and blood crawled beneath the flesh of his face. One arm pulled against his shackles coating his wrist, the sharp groan of metal stretching slowly filling the space of the cage and that area just beyond it, a graveyard of souls to signify his heinous crimes amidst the dead.

Lips stretched into a cruel, ungodly grin, barbed fangs of no use glinting in the other worldly light and SNAP, the chain broke, releasing one hand from its bindings. His attention immediately returned to the other, that free hand now moving to grab hold of that set’s peculiar bindings. This time, it is much faster with the full brunt of his strength, the rippling of coiled muscles beneath his dark stained shirt. As chains crumble and dark eyes cast upon the area around him, his first movements are to rise to his feet.

They were weak and reasonably so. Locked in a place where you’re constantly kept in a kneeling position against sodden earth would cause any limb to stiffen up after months without use. He stretched, arms pulled above his head and his eyes closed. He stepped forward, quite out of instinct, hands pressing to the dark metal of his prison gates. All that energy, all that magic, twisted reality as if it were nothing, bending the world to his whims. The metal melted as if caught within the flames of a volcano, dark liquid that seeped to the floor in a stiff puddle that he avoided as he stepped free, taking a large breath of the tainted air around him. He had a long distance to travel and it wouldn’t be easy with the other abominations chasing him after they realized he had gotten free.

“What are you doing out of your cage?” he heard from his side, half-turning to peer at the stranger how now stood across from him and what remained of his prison. “Oh, you know, the usual,” Augustus replied. “Breaking things, playing… oh, I do rather enjoy playing.” Darkness collected in the world around them as the other Abomination collected their energy as if readying themselves to throw him right back in. A blur of reality, a twist of shape and form and he was suddenly upon them, fangs ripping into flesh, tearing, convulsing. Blood sprayed, coating his face and showering the earth with its irony scarlet coloration and within moments, they were dead.

Their powers had dwindled since he’d first arrived, taken into himself as he evolved from a baby, essentially, in their world into an incarnation of something to be feared. He could feel it, the light prod at the world from the other side. Someone was messing with things they had no clue about and he was always waiting, observing, willing to exploit the weaknesses of others. He was going home, home to Hellifyno, and he had plans. His hand rose, wiping the blood from his face with the back of his palm and his tongue slicked over his lips. “Thank you for the meal,” he murmured before continuing on his way.