Home The Bamboo Forest of the Full Moon

The Bamboo Forest of the Full Moon 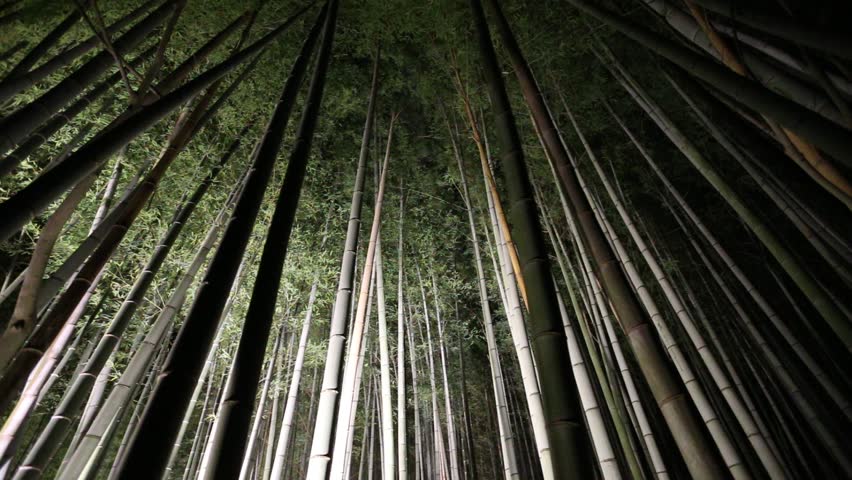 Luna hated nightmares. For one thing, in order to wake up from them, she had to acknowledge she was dreaming. That was easier said than done. The inner workings of the human brain was bizarre.

She thinks she recognizes this forest. It’s a thick growing bamboo forest, illuminated by the night of the full moon. Home, Luna notes plainly, she knows instinctively this is home. The summer breeze is pleasant, rustling through the leaves, countless stars dotting a cloudless sky.

She knows she’s not alone.

Luna can’t see anyone else, but there’s that prickling sensation, a certain pressure of being able to sense another living being nearby despite having no talent for such things. The girl takes a sweeping look, unable to see far. She’s on a dirt path, the bamboo reaching for the sky in almost every direction. It’s so thick she can’t see what could be lurking behind it. She can feel the hair raising on the back of her neck – the calm before the storm.

But she proceeds, slowly. There’s some kind of fog, where while she thinks she could activate her future sight or time stop, but for some reason her hand will not move. She can’t will herself to actually use her powers. Instead, she’s carefully treading the dirt, ever aware of something just behind her. Out of sight, but still there.

When Luna catches a good look of herself in a still rainwater puddle, she should be shocked, but there’s always something off about her thought process in a dream where whatever might be wrong is easily accepted as fact. She’s wearing a summery yukata, white with pale blue flowers scattered over the hem and sleeves. And her hair is black. Of course it was, that was its natural color, but it’s been blue for so long Luna sometimes forgets. But she knows this look.

Of course, she’s seven years old. Mama told her not to go outside at night.

“Kikuchiyo!” Mama had scolded. “Don’t go so far! The fireflies are still here! There are demons who will eat you up!” That’s right, her name is Kikuchiyo. Mama had named her after a friend. Luna proudly wore that name until she had cast it away centuries later for her much shorter alias. It was a bit of a rite of passage among immortals to give yourself a new name…

One little girl, Kikuchiyo, despite the warnings from her mother, had decided to go to the river on the other side of the bamboo forest. Nee-san had said if you get enough fireflies in a lantern together, they’ll all light up at once and cast a heavenly light. But Kikuchiyo had caught every one she could find around their little house. It was just her luck she had dropped the lantern in the river, and the current had carried it away, the fireflies escaping without her little hand to hold them back.

The presence grows ever closer. Kikuchiyo picks up the pace. Now she can’t pretend to keep a sense of calm. She doesn’t look over her shoulder, if she shows the whatever it is – monster – any fear, it might strike faster, she thinks. Mama had told her, and she had to make it back. She’s half way through the bamboo forest.

However, the tingling in the back of her mind grows stronger, and she knows the creature has come much closer. Kikuchiyo breaks out into a sprint, kicking her little sandals off to run faster and leaving them in the dust. Now she can truly hear it, feet thudding into the dirt like the thundering of horse’s hooves. Kikuchiyo runs and runs and runs, it’s a straight shot – she just has to make it into town and scream and the night watch would find her in no time.

But she can’t run. She should, but it feels wrong. Luna knows this sensation, she always has this problem when dreaming, for some godforsaken reason. Against better reasoning, Luna starts clawing at the ground, pitching forward to get any sense of traction so she might move away from the demon chasing her.

Kikuchiyo is giving it her all, scrambling and pushing off the dirt with her hands, she can hear the monster getting closer. This wasn’t how things were supposed to end. Kikuchiyo could see misfortune before it was supposed to happen and try to change it. But she hadn’t seen this. She’d seen the fireflies, by the river banks –

Her lungs are on fire, and far in the distance on the dirt road, she can see the faint lights of the village. Kikuchiyo can also feel the hot breath of the creature behind her, it too winded by this chase, but its prey is so close it’s running that much faster to close what little distance is between them. Kikuchiyo feels like the wind, there’s no point in preserving any energy when this monster is right on her heels. Choking and panting, there’s only one way. Forward.

There’s a belated sense of horror, and Kikuchiyo doesn’t understand why. That is, until her legs have given out and she’s got a face full of dirt and grass, and she’s raking her hands over the ground to still keep moving but a large clawed foot slams down on her back, squeezing out a pathetic cry from the girl.

All the girl can do is scream, her throat painfully dry and every breath hurts but if she makes enough noise then someone might come. It doesn’t matter that Kikuchiyo is crying and sobbing like Mama told her not to, but when the demon roughly drags her and rolls her tiny form so she’s staring up at it she can’t help it. In the light of the full moon, she can barely see it still, a creature with skin like a nasty tar that constantly dripped and reformed, sending thick tendrils of oil over her beautiful yukata. It had rows and rows of sharp teeth, glistening in what little light there was, and awful glowing red eyes. Its maw too close to Kikuchiyo’s face, the beast might actually be enjoying her fear, drawing out its kill as much as possible.

Curling her hands into fists, she slams against the clawed foot holding her down, but to no avail. The talons curl around her chest, gripping tighter and tighter and tighter until there’s the sharp pain as they pierce her flesh and Kikuchiyo chokes and cries more. She can’t see the monster clearly anymore through her tears. No one is coming. Mama warned her. Mama said don’t go out at night. Mama was going to find her lifeless corpse in the morning.

But wait, Luna thinks, and she hit the ‘eureka’ moment in which she can suddenly think rationally again. This isn’t how this is supposed to go. All those years ago, I escaped. This is just a nightmare.

Luna’s in her own bed, in her own room. Her name is Luna, she is 4,000 years old or so, and her hair is blue. It’s 4 AM. The real world repercussions of the nightmare are rather mundane. She’s quietly laying there with her eyes open, partially tangled in her sheets. No screaming, no sitting up in a panic, the only evidence of the terrible dream was her pounding heart, still laced with terror.

Luna hated nightmares. She couldn’t run to save her fucking life in them.