Home The Birth of a movement, a Song of Sorrows New Retold

The Birth of a movement, a Song of Sorrows New Retold 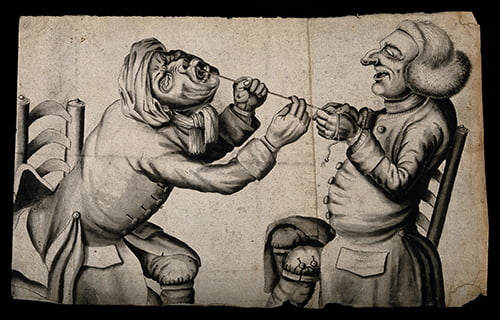 “Quiet whispers hushed and huddled grew slowly into a song. It was a movement, of quiet desperations writ large upon a world of life and magic and love. And it broke the realms, even if only for a day.”

“In those times, many places were affected. Infected, convicted, and sentenced by devastation to know the taint of hate and the incarnation of the worst in reality, made from the best. The great contradictions of possibility colluding to form miscreant outcomes in sorrow and blight.”

“And so, there was Hyandria. Caught in a vortex between many realms. The wall of wonders cracked, the kingdom was breached, and its sister home of magical hope, was infected in the process.”

“Hyandria was joined, then tainted, then stained and split. All from its Hellifyno half.”

“And yet in this ravishment, in this rapine act, new life was born. New hope sprung. A third act o this play unwrit. A final movement for this song unsung. It was the evolution always dreamed of and never achieved. A place.”

“A homeland for the Fae.”

“Mark the map. Update it, if you can find a space, a place, a point that is nowhere and everywhere and connected not by ocean but by possibility itself. Mark that map, and mark it well. For the Faeandrian realm has been born. And a new understanding of magic is on its way.”

PuCk stepped down from the stage, into a light made of sounds, and vanished, even as the audience around him roared in glorious praise, and began a standing ovation.

( … This marks the conclusion of the Crown of Thorns saga, a RolePages story. In this time, the Soulless FaE who had been so persecuted have found a new home, a place in a realm adjacent to, but not directly of, Hellifyno. And there they are developing a new power, a new magic, and a new manner of existence. This is one tied to every realm now, poised to touch them all, yet more remote than ever. This is Feandria … )