Home The Crows (Chapter 1: The Rain)

The Crows (Chapter 1: The Rain) 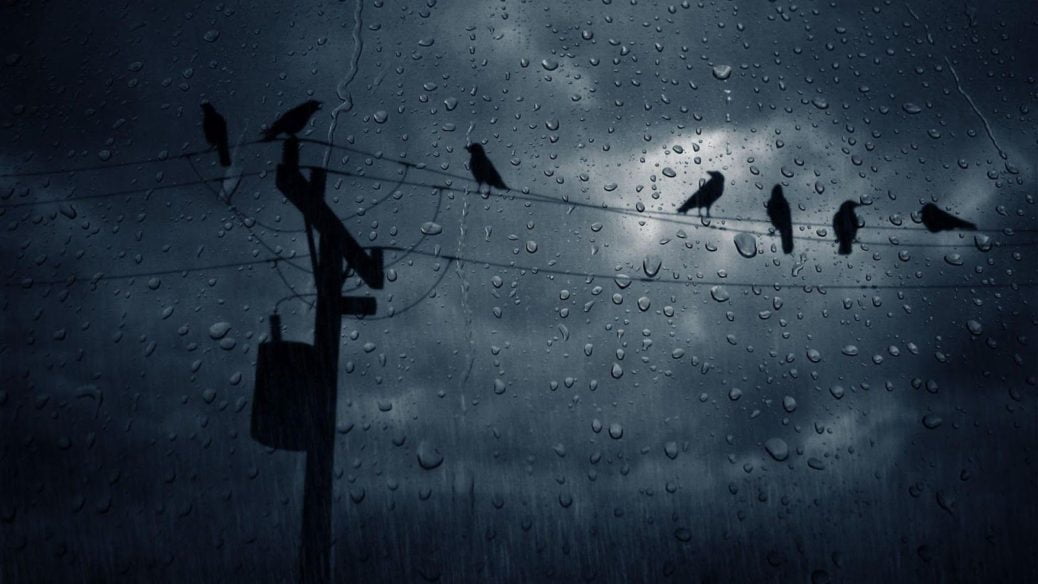 Pitter pat pat, Pitter pat pat goes the rain beating down on the halls, the tapping of boots soon was heard as a female made her way through the halls the crows caws were heard through the rain, slits in the wall to give off a tad bit of light dimmed out by the dark sky of clouds, the female approached a door and gave it a shove it opens and she stepped in a room, light bouncing off the walls from lights in the corner tables and chairs pressed against the door blood splattered against the walls it was not to long before the female ran to one of the open doors and she pulled it open, there sat a male his skin the shade of black his eyes lifeless and evil “alex… no” the female stepped back “w… what happened alex!” she screams and alex stood “my dearest little sister… so so pure…” alex coos with a demonic tone in his voice “a… alex what happened to you!” the female cried “nothing my dear s…” he grunts his skin bubbling “nothing” he leaps forward and the female kicked him away “no no!” she ran to the doors kicking aside the stuff and running out. she cries and screams as she runs, the rain hammered on the female the sky was littered with crows the loud cawing until ‘bang’ the female dropped down….