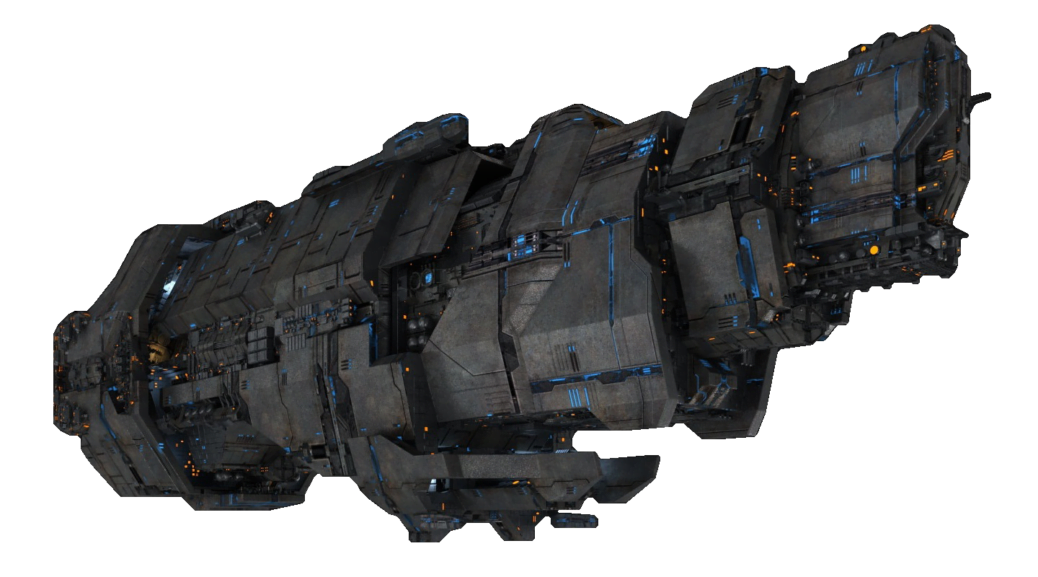 From the inside out, the ship’s interior hull is composed of a poly alloy of Tritanium(21.4 times harder than diamonds), Iridium(A hard, ultra-dense metallic element that is highly resistant to heat and corrosion) and Titanium-50(A high grade titanium that was specially strengthened at the molecular level). Over that is honeycomb frame of Laminasteel, filled with plates of Zorrillium(Captures pressure and heat and coverts it into energy that recycles back into the ship.) The outer hull is composed of 3 one meter plates of Tit-50, Iridium, and Tritanium in that order. Painted over the hull is a stealth ablative coating that disperses radar and radio signals.

A field of a multi wavelength, polymorphic, energized particles (light, radio, and radioactive) that seals around Azrael’s Blade in multiple hexagonal planes of invisible light.  The shield has three modes, passive mode that blinks on local shield planes when threats are detected (The planes of shielding are black). The second mode is active mode; it turns on the shields to max capacity. The BLS slaps away rather than halting linear force. By rotationally acting the shield generators, the ship creates rapidly oscillating kinetic barriers instead of static ones. Shooting through the BLS is like trying to shoot at a target inside a spinning ball. If an emitter is damaged, the BLS corrects to become a traditional shield array. Lastly is the stealth mode, working in concert to make the ship visibly invisible.

In order to provide stealth to the ship, this sub system works contains a fleet of programs that work in concert with other parts of the ship to engage a ‘Silent Running’ mode.

-Specialized Wavelength Generator – Produces a wavelength to allow the Black-Light system to ‘bend’ the light around it to produce a mode of invisibility. There is a specialized wavelength that the ship vibrates at that causes the Azrael’s Blade to phase just out of sync with the current universe, making it not really there physically. The amount of energy required to maintain is inadvisable for long periods of time.

-Stealth Ablative Coating – A semi-liquid that makes to allow radar and sensor waves to ‘bend’ around the ship to produce a mode of invisibility vs. detection systems.

-Counter-Electronic Systems – A hosts of virtual intelligences are programmed to feed false signals to other detection systems.

-Heat Sink Technology – Specialized heat sinks are hidden under the hull of the ship and are able to temporarily keep the heat from being expelled into the void and avoid detection. Combined with the refrigeration of the outer hull, the ship can travel undetected for hours, or drift passively for days. Eventually the heat has to go somewhere, or could dangerously filter into the cabin.

-Jaguar Drive Core: Creating wells of gravity, this drive core allows the ship to move around without admitting heat.

The primary component of the drives is an inertial electro static fusion reactor, which generates plasma that is channeled into a series of exhaust manifolds, which vector it into the ships engine nozzles. The drives exhaust serves as the reaction mass, providing the main propulsion to the ship.

Jaguar Drive Core: A secondary drive core generates concentrated mass effective fields on or around the Azrael’s Blade; either around the ship itself to lighten its mass in order to allow velocities approaching that the speed of light. Otherwise it creates wells of gravity to allow the ship to /fall/ into for movement, rather than or in tangent with the heat creating thrusters of the primary drive.

Jaguar Sprint FTL Slipspace Drive: This engine was created with several sciences to work in tangent to boast incredible speeds across vast distances. Powered by the Jaguar Drive Core which already produces the mass effect field, it tears open an event horizon to Subspace or Slipstream Space; traveling through such a space at FTL speeds.  (

-Torpedo Launchers (x3): Can fire various payloads such as Disruptor: Unstable mass effect fields that warp space-time in a localized area, the rapid asymmetrical mass changes cause the target to rip itself apart. Nuclear, EMP, Etc.

-M66 Phaser Autocannon Turrets(x2): Phased Array Pulsed Energy Projectile. While it looks like a beam, it is actually a stream of discharged pulsed energy projectiles into the target.

-2Cl0s34U ‘Knives Edge’ forward plasma static weapon: Generated plasma is shunted into a magnetic envelope under the bow of the ship and can extend up to a kilometer in length. The blade is also able to be shot and directed in limited range.

Compliment:
-30 H.E.V escape pods: These Human Escape Vehicles are single person pods with limited flight capability and the ability to cryogenically freeze a person as a last resort. They are also capable of dropping out of slipspace and reentry to most planets.

-10 UT-47 Kodiak Dropships: A personnel carrier capable of planetary flight and is capable of limited FTL. It can carry up to 14 people, and its systems are enough for a V.I. It is a true contragravitc vehicle, as its eezo core provides a mass effect field that completely counters the ships mass; as its small thrusters are for direction only. It forgoes any form of offensive weaponry for active masking, electronic countermeasures and a Mini Black-Light shield system.