Home The Death of Anastasia Nolan.

The Death of Anastasia Nolan. 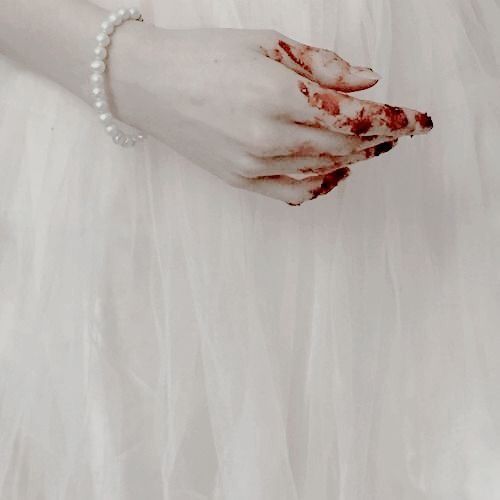 Aching hands shook as she tried her best to spark the lighter, cigarette held between plush lips painted as red as blood. The air was thick, humid; so much so that not even rolling down her car window worked to alleviate the heaviness of the air about her as she drove, ensuring that she kept her wheel steady with a gentle press of a knee. It lit in a bloom of fire and she inhaled deeply as she did her best to steady herself, relaxing back into a more appropriate position to be driving in before she killed someone.

Not that that exactly had been intended for the evening. She was sure Ash had become accustomed to her work at this point, having been a bounty hunter herself, but for her, it seemed as though it didn’t quite fit. Years of seeking answers had led her to this path, and she hated every moment of it – only utilising the power she’d been given so she could at least hear his voice again. A man she wasn’t even sure existed, spiritually or otherwise.

Streetlights passed in a dizzying blur as she kept driving ahead, knowing she surely couldn’t be far from her marker. They had never done her wrong yet, knowing exactly what she had signed up for and why, ensuring to indulge her with piecemeal answers and half-truths. But she would not stop striving, even if she didn’t hear him again until the day she died.

Fuck. Almost missed it. A heeled foot slammed on the brakes, pulling up beside the house with a wicked screech that would give her away. A quiet, run-down area; shrouded in darkness. The only thing that would prove her wrong on the quiet front was the howl of a cat somewhere in the distance, and she let out a soft sigh as she took the last drag of her cigarette and threw it, before unclipping her seatbelt.

A quick job. She’d be in and out, no doubt. She had to be if only so she could return home to the same man who warmed what was left of her heart. If only so she could hear the smile in his voice. She was turning into a sap, certainly, but if she were a sap for Ash, then so be it.

The claws sunk into her calf without hesitation, vicious points burying deep past skin and muscle to the bone, taking hold of her. The pain swelled like a dam prepared to burst. They had never steered her wrong, she thought. They had never steered her wrong, so why now? The beast chittered as though it found her amusing, sweeping her off her feet and launching her body into the nearest wall with a thunderous crack that made her feel nauseous, certain her arm had broken on impact. A girl with bones of steel, bending like she was made of glass. She hit the floor with a gasp, staring up at her mark. Blood obscured her vision and lingered upon her tongue as the demon approached, slow and deliberate.

“Silly little witch. Silly, silly, silly, yes! yes! yes!”  It chittered again, a voice like a thousand needles all piercing her skin. It leaned in close, bearing teeth like that of a wolf; bloodied from where it had taken hold of her the moment she had stepped over the threshold. “Yes. Yes. Yes. Our home. Not yours. No home for you. We know your name, yes. They will not. You know their name now. Not anymore. We make sure of it.” It threw it’s head back in a soundless laugh, void pitch body shaking with the effort. “No death. Only forgotten. Fate is worse. Forgotten girl. Lost girl, lost girl, yes!” Ana found herself frozen to the spot, as if her body were made of lead. Several broken bones were a definite. She felt like she had been hit by a truck – a feeling that would only increase as the hand of the demon shot out to cruelly grab hold of her shoulder, near crumbling it to dust with the sheer strength. A searing pain began to burn beneath its fingertips, and yet she couldn’t move. No sound bar a choked sob, met with another laugh from the demon. It leaned in close, voice close to her ear so that she could be met with the damning edict; words that she would not remember, and words that would frighten her more than anything had before.

Clean white walls. The sound of machines whirring near her head to rouse her; a weight of a mask upon her face. She hurt all over, as if her bones were bruised and her head was filled with cotton wool. There was an incessant beeping noise next to one ear, and for a moment she couldn’t quite place where she was at all until all of those things became clear at once, filling in gaps of her story where she couldn’t.

Where had she been last? The store. Yes, that was it. The store for some late night snacks and drinks, and then —

A car. The headlights, barrelling towards her. She’d barely had time to react. A car, sweeping her off of her feet so fast she could just remember tumbling over the hood, how her arm had cracked viciously beneath her and the aching pain in her shoulder.

Clean white walls. A near empty room, as blank as some of the thoughts left in her head, disjointed and lacking sense. As if she had started anew. Her throat was dry. She should ask for a drink, or something. She should ask to go home; wherever that was.

And all the while, the beast chittered; sitting upon the shoulders of the very being that would crush her underfoot. Watching as she stirred, like a princess whose bed had been comfortable for thousands of years.