Home The Death Of Mikayla Marie

The Death Of Mikayla Marie 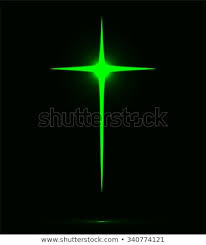 Dear Logs Of Angelang Co. Today is July 3rd 20XX and Mikayla Marie has Died Of The Emerald Plauge while we are conducting research to prevent future Death Of Alyssa Diercedrath..The Hier To Rule of The Leontine Clan.I can’t believe this only happened a few months ago and Silver Blake.. Mikayla’s Husband decided to erase his memory after trying to contain her soul when Alyssa is the soul keeper! He’s a dumbass for trying to mess with his mother inn-law.

To Remember Mikayla,Each Sentence following will talk about every battle she’s fought and all she has done.

When my Lil sis was younger her first step father helped her put an to the Lord Of The Pinkadow Forces.

The Rebirth of Amelia Pinkadow

My Mother.Forgot who we were but we had to be glad she was alive even tho I wasn’t around to be with Mika & Ally but it did bring joy to my face to know she was alive

Before my sister started dating Quinton,She recused her older adopted brother’s sister who was Called:Kaylee Xenorian who was the niece of her guardian’s Kitsune

The End Of The Pinkadow Twins

Back then while Mikayla and Quin were a thing,Mikayla had nearly defeated Andrew but he got away with Wounds and merged with Alida who created Aderla Roslyn who we have no location on rn

A few months after Mika and Quin broke up,Mikayla was Crushing on a Demonic Boy by the name of Silver B who also had a another Sercet admirer who was a boy by the Name of John.So John made the first attack on Mika and Luckily who her she had just confessed to silver who protected her giving her time to help him

So My Adopted Parents and adopted grandma had always enjoyed bringing kids to a new home so Mikayla found a Sweet girl one night and took her in as her own daughter which my Sister’s katana will go to her.

Now Senshi disappered a few weeks after Mika learned he had a diease known as the Golden Plauge.but she managed to save him by LC AND NC coming to peaceful terms..he wasn’t alive long but still..

The Reunion Of a Demon and His Sisters

This was the last big thing Mikayla did,She,me and her daughter rebirthed Alida Lucyrus and Reincarnatied Andrew before reversing are half-sisters: Courtney’s Age so Andrew and Courtney could take on our adopted Parnets Role

All who argee to Alyssa Diercedrath being the Rightful Hier to The Leontine Clan Sign below: