Home The Fall of a Huntress

The Fall of a Huntress 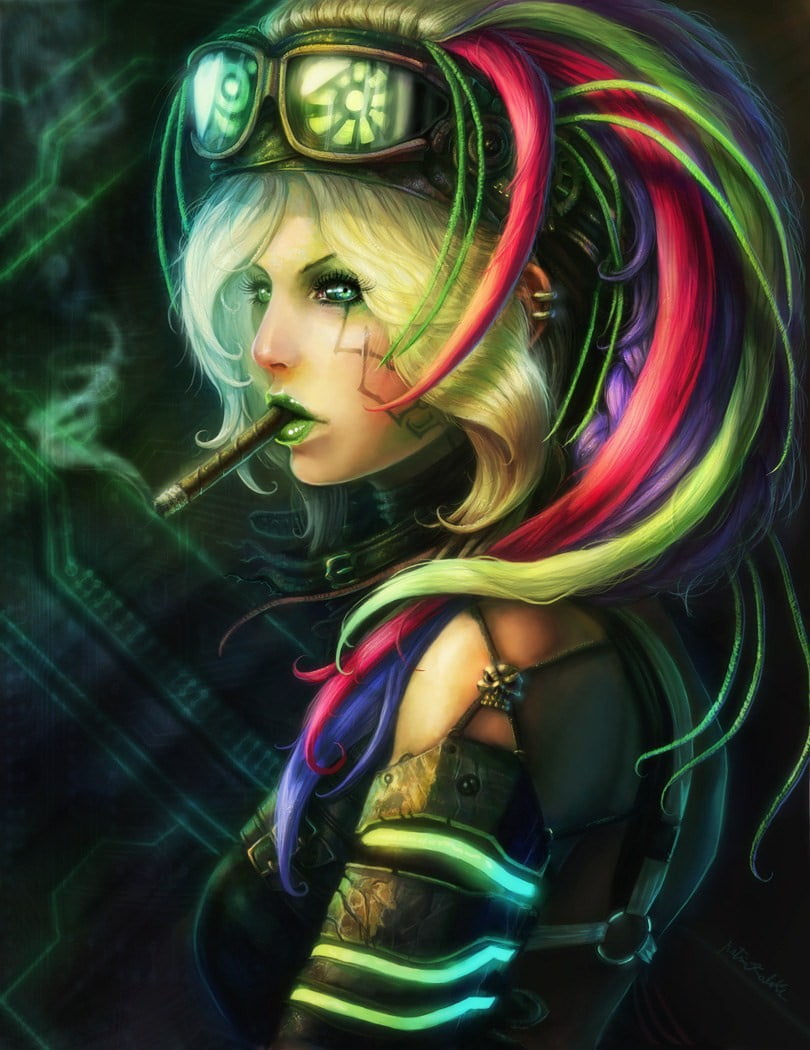 Lightning cracked across the sky, though the summer was still too hot and dry for rain. The only sound on this overcast night was blood dripping to the ground, plopping to the leaves upon the ground. The woman gripped a bloody wound on her shoulder. The left arm was /gone/, almost as if it had been ripped clean off. Though, the wound was far from a clean one. Blood stained her blond hair, her dual colored eyes screwing shut as she dragged herself back to the Zaferio estate.

She made it into the gates, before she crumpled to the ground and blacking out. She didn’t know who it was that carried her into the infirmary. She didn’t know who had closed up the wound and staunched the bleeding. But, when she did awaken, she sat up quickly, glancing around the room. “What….where…” Her eyes fell on a tall man with hair as blond as hers. His eyes were a piercing blue, and he stood from the chair he was in.

“Did you complete the job, Fiorenza?” She frowned at his voice. She would have thought that a /father/ would care about more than the damned job. She scoffed, her dual colored eyes blazing with fury.

“Of course I did,” she muttered. She let out a huff, drawing a disapproving look from the man who had addressed her. He folded his arms, a scowl on his chiseled face. “Good. That Vampire had been terrorizing far too many villages in our territory.

Fiorenza scoffed. “What makes you think I /wouldn’t/ have completed the mission? Though, Father, your concern astounds me.” That comment earned a slap to her face and a growl from the older man. Fiorenza didn’t let her own scowl fade from her face. Fiorenza wouldn’t let him see how much that hurt. Especially while every last muscle in her body still screaming from the fight with the Vampire.

“Hold your tongue, Fiorenza,” he snarled. “Now. Your mother will be in here to…fix that arm of yours. Your work is far from over.” With that, he turned on his heel and strode from the room. Fiorenza let out the breath that she was holding in. And finally, the tears she had been holding in filled her eyes. Even with the augments her father had insisted she receive, the hit still /hurt/. And it wasn’t because of the physical pain. It was the fact that he was her father. And he wasn’t supposed to just treat her like this. Like the Zaferio family’s personal weapon.

A few hours later, a woman came into the room. She was short like Fiorenza, with long blond hair and green eyes. The woman let out a sigh, spotting the red mark on her face. “Oh, Fior,” she said softly. Her voice, unlike her father, had a slight Itlalian lilt to it. The woman placed a hand on Fiorenza’s face gently, a sad look in her eyes. “Tesoro, you have to stop provoking him so.” She examined the wound on her arm now, fingers gently brushing over the newly healed skin.

“Well. It seems the wounds healed well,” her mother said. “I can attach the arm without causing further damage.”

“Why bother? So he can just send me right back into the fray?” Fiorenza’s accent, however, had been almost stained with the thick British accent that her father had ingrained on her. She did her best, though, to break away from him by letting herself sound less….poised? She supposed that was the word for it. “I’m not him, and ya /know/ this!”

“Non dirlo! You know better than to let him hear you talking like that, child.” While the woman /tried/ to sound stern, Fiorenza knew her mother better. The younger one nodded her head and let out a sigh. “Of course, Mother,” she muttered. Her mother nodded, turning to a table where a metal arm was lying. The piece was mostly a bronze color, silver knuckles, and joints made of silver as well. Fiorenza sighed, wondering if her specifications had been met when it was made.

The woman slowly picked up the arm and moved back over to Fiorenza. The Kresnik on the table picked up a leather strap, knowing there would be no anesthetic; that would make the nerves too difficult to attach. She slipped the leather into her mouth, biting down on it and clutching the side of the bed with her free hand…well, her /only/ hand. She nodded towards her mother who brought the arm up to the wounds, muttering a spell.

And that was when Fiorenza let out a muffled scream. It was only muffled thanks to the leather in her motuh, and her hand gripped the bed painfully as she tossed her head back. She’d been through this twice before, with both of her legs. Once more….this would be the last time. She wouldn’t let her other arm be taken. This was the last time she would be sent on a job for her father.

Ombra Zaferio, her father, would /not/ make her into his weapon. Once she recovered, she’d find a way out. Even if it would take days. Once the process was done, Fiorenza let herself fall back to the bed, her breathing shallow and shaky. Dammit. Connecting one of the limbs was never easy….each time seemed to be more difficult than the last. Each time seemed to hurt even /more/ than the previous time. She could still feel the left side of her chest screaming with pain, so she reached up with that new arm, tapping the side of her head.

Ombra had placed an implant within her to help her with those pesky emotions of hers, as she had never learned to control the Apathy common to her kind. She had too many /emotions/, he had said. But, even now, she knew that turning that implant on would dull her pain receptors as well. She closed her eyes, both of them false as well. Her father wanted her to be a weapon? And that was what she was designed to do. How much of her was still flesh and bone? How much still had humanity? These thoughts swirled around in her head as she frowned slightly.

Three days later, her father had called her back to his office. “There have been reports of an odd portal that popped up in the nearest village. I want you to investigate it.” Was this her chance? Of course, before arriving in the office, she had turned her emotions off. It was for the best, really.

“Of course, Father,” she said with a dead look in her eyes. “How shall I report back?” When her emotions were off, her Italian accent was prevalent. “Because, no disrespect intended, the portal may close once I am through it.”

“If it closes, then you are to stay where ever it drops you until you find a way back here. Am I clear?”

“Of course.” With that, she breezed from the room, grabbing a trunk and a few other things from her quarters. If she was going to be stuck anywhere, she wanted her things with her. A snap of her fingers, and the trunnk hovered behind her as she made her way to the village.

And there it was, the portal. Swirling energy, an aura about it that made her….well, /would/ have made her uneasy if her emotions were ruling her at the time. And, without a second glance back, she stepped through. Never to be seen on her Earth again.