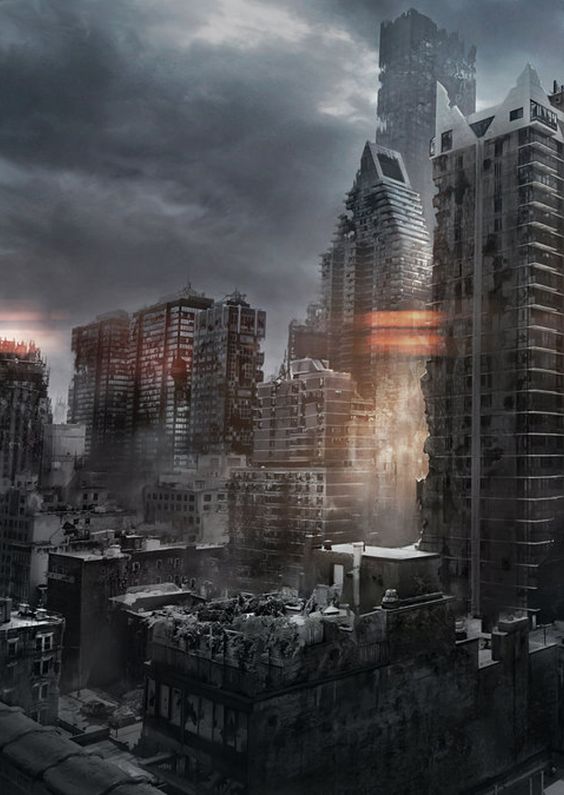 Zoey hung around Blue Moon for a while before heading out. Her goal was to see exactly what type of hell was going on in the city. She knew the gist of it – Augustus Giovanni took over with a army of undead, which turned the city violent and down the path of murder, rape, and something that is practically ignored. And that ignorance angered her.

Her and Lily formulated a plan..

Step one. Investigate the city. See what exactly is going on.

Step two. Use what’s going on as a example to the rest of the world.

Step three. After getting people’s attention, pull people to their side.

Funny how they came up with all this so quick.

Blue Moon had been assaulted twice, the first both Zoey and Lily were there, the second only Zoey.. and Zoey has gotten stronger with each attack.

Zoey wore a black hoodie with the words “One step away from death” on the back.. something she only got cause she thought looked cool. She wore a pair of black jeans to accompany this. She kept her hood on her head.

When she gets into the city, she instantly knows she’s being tailed. She feels it with every step. She eyes the conditions.. They were terrible. She saw body galore in the alleys.. So… Much.. Blood..

After a while of walking through the now war zone of a city, she had bore witness to something she never wanted to even imagine.

A small little girl, hung by her toes on a lamppost, missing most of her skin.

“Fuck’s sake..” She knew that things were bad. But this was just wrong. She begins to question who would do such a thing… But then she saw it. A name, etched in on the lamp post.

She went back behind the corner into a alley.. Had Desmond truly lost it?! How far would he go?! Was all this to prove a point?!

She walked down the alley, rubbing at her temples and trying to keep from throwing up. Then she heard the foot steps behind her..

She turned around, instantly in focus. The foot steps stop and the guy following her recoils for a second, probally sensing the strange shift in the air, and is instantly ready to attack. Zoey, having no time for this, flings the man out the alley and into the street.. Where he was instantly assaulted by the undead forces. Some of which, go down the alley, directly to Zoey, who begins to run the other way.

Around this corner, that corner, up over this fence, send a few things flying behind her at the incoming group, and bam! she’s free.

She looked around the area and began to recognize it as the place where she went to go see the police to tell them that she was innocent, that Desmond is the one their after..

Now that department was currently down in ashes.

“Holy Shit..” She mutters, out of breath. Her eyes go back to normal, as she had figured out how to go in and out of focus pretty quick. Now, she stood in a city she had grown to love only to have it destroyed. She knew exactly what to say when she comes back..

Consequence has became the new hell.