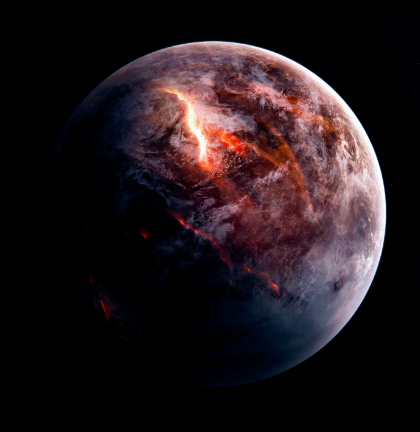 “I’m not sure what we’re looking for but why do you say, they just came to our world..” Abigail asked while we went onto the Island which Sabrina and Amy had raided

“They gave up there lives to get us this Island back! There sarfice will not be in vain!” Alida said as we sailed the boat to the Island

“But why this specific island? What’s so important about it?” Mikayla would ask, quite confused

“Seems were heading in the direction of were me and dad stayed hidden for a few years, it’s mom’s home..” Andrew would say as we soon would be docking at the island

“Here we are..Alright Abigail and Alida go find anything you can..the bodies of our cousins..and Mikayla with me” Andrew said as they Spilt up

“So explain why you didn’t go with Abigail?” Mikayla said as she followed

“Shadows of people you knew, I think as one of the slibbings who took the time to know your husband.. you’d be better off with someone who can pull you out of it” Andrew said as he would kick down the door to the house

Mikayla would sigh looking down “My relationship with him.. was a rollercoaster, left and right….it caused so much damage to our children..The Damage was mostly on Sierra and Myles..”

“Mikayla, when you were raising them..you did your best and asked for help when needed..you did your best for each of them..You gave them a fallback plan should you die.. You helped raise Alyssa’s spouse..” Andrew said as Mikayla would look at him

“But how am I gonna heal my wounds with all them, Alyssa has forgiven me yet Sierra doesn’t talk to me, Xavier has taken his wife’s surname yet I don’t blame him for it..and Myles is pained with knowing he couldn’t just end my suffering..” Mikayla said as we look through the house

“Your gonna need to get them all into Thearby..or have someone who understands your side, talk with them..” Andrew said as he would begin to grab and begin to read some of the books

“Long before the War Of Kasea, the Pinkadows had there own world that neighbored Cadzenziera, this world was called Isa however the core of the planet evenutally collasped..the world was and still is home to the Dream Realm and The Nightmare Realm..Log Date:9.8.XXXX-Lydia Pinkadow” Andrew reads out aloud

“Both realms, are stable yet the planet isn’t..our heaven and hell went to war fighting for the surface that is now covered in Nightmare Goo [Log Date:10.18.XXXX – Lydia Pinkadow] ” Andrew read out aloud before taking the book with him and going back to the ship with Mikayla