Home The Show Must Go On

The Show Must Go On 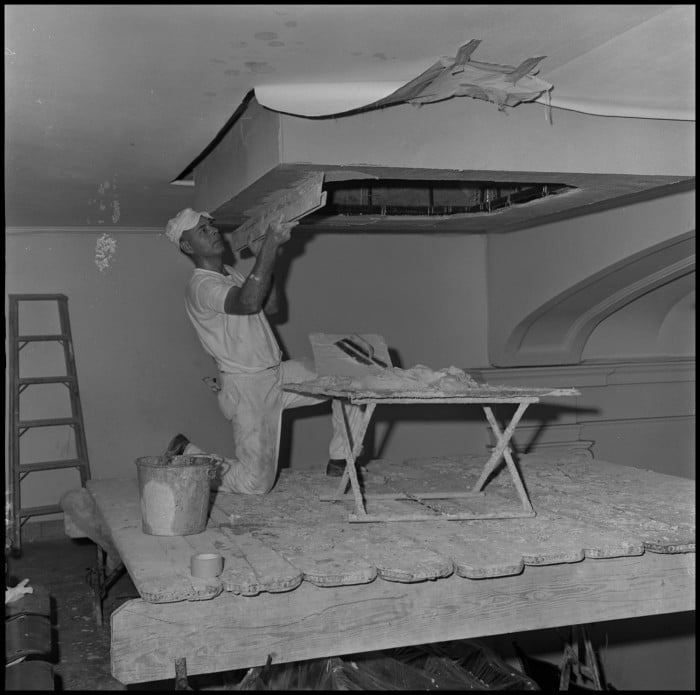 Time and tide waits for no man…or woman, and neither does Consequence. In the weeks following the latest crisis, the incursion by the FaE that left the city in an insanity induced fugue of denial, slowly the city returned to some kind of normality. A city is only as good as it’s people and when those that fled started to return, it was not long before it was starting to feel like none of it had ever happened.

But for Cielo, she could never forget. The body heals, its complex mechanisms forming cells that become tissues that become whole again- it left no scars. But the mind is altogether a different creature and it was some time before her subconsciousness would allow her to drift into a restful sleep. Still, her slumbers were colored by nightmares, and the waking hours with a persistent assertion that she had forgotten something highly important.

There was nothing for it but to through herself into her work and with so many tradespeople returning and looking for work, she was able at least to hire in at a discount price, and so the old brownstone had turned into a work site.

First the roof was braced and resealed. Her dream of turning the open flat roof into a  terrace bar was becoming a reality, and the ancient cast iron and glass hot house at its zenith a lounge filled with floral exotica and comfort.

The thud and crash of the noise of builders knocking walls out, or creating arched portals from one room to another would give her a head ache by the end of the day, but the floor below the roof, which back in the days of the building’s creation, held the small chambers for servants and the hired help, became each a themed money pit, and was enthusiastically overseen in design by one of the ladies that would be working it. Again, the depot was offering everything at a fire sale price as the wheels of commerce once more freed themselves from rust and started to turn.

Perhaps this insanity wasn’t such a bad thing after all.

The floor below was starting to develop also. Larger play rooms with more specialized themes. The thing was that she didn’t want it to look like some trashy bordello- there was enough of those already in the Red Light District and frankly, they were becoming jaded. Striking the balance between too clinical and too obvious was a skill and one that she hoped she would be able to achieve. It was coming along nicely, as she meandered her way through workmen, scuffed shoes through brickdust and stepped over lines that were powering equipment.

The floor below that was the reception area and main bar. Walls had been knocked through and replastered to create two spaces for the comfort of the clientele. This at least was quieter. It had already been painted and just had two electricians working on the lights and in the last stages of the final fit out. It wouldn’t be long before it was finished. This was assured to her by the project manager, an old school friend that had been more than glad of the work and true to his word, it looked like he would be delivering before time.

“A week Chay” said the young man in dusty, plaster splattered work gear, a bright grin upon his face. “Then it’s all down to you.”

It was all down to her. She was already sending out invitations to the client list and appropriate dignitaries for the grand opening, although Malakai was still nowhere to be seen. He hadn’t been in contact since her return and his cell just gave that standard emotionless voice telling her the device was switched off every time she tried.

A nudge from Dan, the project manager as he said “So am I going to get an invite?” as she marked down on her pad a few more names that had sprung to mind.

“Of course!” Cielo replies brightly, taking a glance about her at the other workmen, before reducing volume and adding “But only you brother. It’s the very least I can do” however, she had already bought in the crates and crates of beer that it would take to wet the building with all the other builders when the day came for them all to vacate.

“Ha!” he replied triumphantly. “Probably the only time too- a guy like me wouldn’t be able to afford to come here after that.”

It was a genuine statement.

She had gathered around her the very cream of the crop, as only a working girl with a far reaching network can, and many of the girls had been more than happy to jump when they heard it was going to be the real deal.

“You could still get a take away” she responds with a laugh. There was still going to be a call out service. “But I’d like to see you explain that to Daisy”, the wife that she knew was at home and currently round with their third child. “She would have your balls for earrings!”.

A laugh from the project manager before a hand is placed on his arm and she gives an aside “Do say hello to her for me. Last time I saw her she had only just found out the news. I can’t believe she is a few weeks away!”

“Aye- it’s gone by quickly” he says with a proud grin. Cielo had known the couple for years and also knew how devoted to each other they were and that the banter between them was just that. She was there at their wedding and at the christenings of both children.

Cielo pattered off down the stairs to the ground floor, which was the only place that didn’t look like a work site. The front of the building was the working offices of a conveyancing firm of Levins and son and she had good relations with both old Mr Levins, who had been invaluable during the refugee crisis, and his progeny who was in line to take over when the elder finally decided to retire which she reckoned would be never.

The back of the building was all business. An office, restrooms, a commercial kitchen and a private entrance for those that wanted to enter unseen.

And so it was into the office that she retreated. Cheques needed to be scribed as well as emails, though, the PC for the business still remained boxed up and in a corner despite the wifi being activated a few days before. It wasn’t as though she didn’t have work to do online. She did. There was a web domain to still manage. She didn’t understand her reluctance, instead made up the excuse that she would get round to it, but every time she made the deal that she would start to get it set up, the rolling twist of anxiety would prevent her and she would find something  more important to do.

Cielo tried Malakai’s cell again- still unavailable. With a sigh of exasperation, she tossed her device onto the desk. Where was he? She wouldn’t call it again. The wealthy half breed knew how to look after himself and so she didn’t know why she felt it was so vitally important to contact him. Courtesy perhaps.

At this rate, he was going to miss the grand opening.

Cielo sloped off to see one of her most favorite people in Consequence.

A tap at the door of the established business and she entered into a very slick, corporate looking reception area, tastefully laid out in chrome and leather and past that- the offices. True to her word, there had been little disturbance to the business during the refit but it was with some regret that Old Mr Levins had bemoaned the fact that business had been slow. He and his family had chosen to stay in Consequence during the crisis of the yellow plague that would burn and consume organic matter as readily as acid, and the green mist that had come after it, that Cielo herself had succumbed to during a three week journey into madness.

She left a gold embossed envelope upon Mr Levins desk and when he enquired with a “hmmm?”, a bright smile and a wink was her response. “You get an invitation too of course.”

She hadn’t returned to work though God knows with little money coming in and a lot of it going out, she would need to. Her body was healing but the confinement in her madness had dropped her weight to a little over 40kgs and even she had to admit, she looked terrible. Skeletal. And the pride that was her hair was thin from where she had pulled out follicle after follicle in the depths of that psychosis. Good styling had ensured it wouldn’t look obvious but it wasn’t the same, and probably wouldn’t be for a while.

She refused to talk to anyone about it, closing down anyone that tried and dismissing it all with a flutter of her hand and a bright, disingenuous grin. But it had affected her more than she would admit, even to herself.

“Shoulders back, boobs out” she would say. “The show must go on!” and it would.