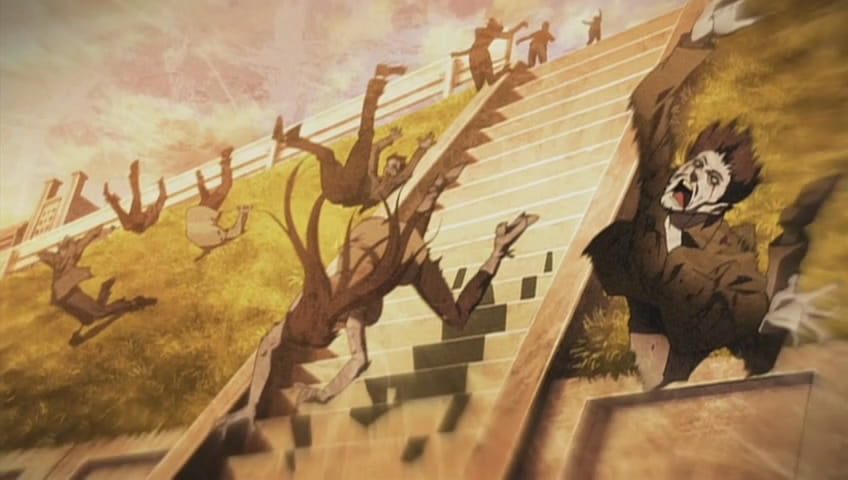 An object of indiscriminate size and make is launched unceremoniously from the surface of Hellifyno’s moon. While it is noted by some of the scholarly institutions of Hellifyno, most notably the Astrology Department of the Universite Magnifique in the city of Kili Toda, attempts to identify the nature of the object fail, as telescopes, scrying pools, and other forms of observation are obscured by a distortion field emitting from the object. However, no alarm is raised as the object was launched in the opposite direction of the planet, and is now hurtling through space on a trajectory to leave the solar system entirely, making it a low threat to any Hellifynian citizens or their interests. Olde Watch has declined Speculation has arisen that this may be Olde Watch’s attempt to parlay recent extraterrestrial colonization efforts in an attempt to identify a new, extrasolar home world. In the meantime, observatories around the world are keeping pace with the object and continue to attempt better identification.

A soft buzz emanates from the televisions as the Chronicle Society newscast plays quietly in the background. “And that’s why the price of orcish antihistamines has skyrocketed in the past 6 months. In other news, the mysterious object that was launched from the moon earlier today is continuing on its trajectory towards the edge of the solar system, having just passed the orbit of the fifth planet, with no signs of deviation in its course. Experts are still having trouble identifying the object although they say that on its present course it should eventually pass out into greater space, and leave our system forever. Now, on to the weather. There’s a cold front moving west through Ar’Elis, being precipitated by a herd of ice giants making their annual migrations. To the south….” And on and on the televisions drone.

The Chronicle Society Newscast plays in the background of the quiet of the empty Tavern, a comforting buzz emanating from the familiar reporters voice as he continues to summarize the happenings of the day. “All three hobbits were ripped to shreds in the attack, and the suspect is still at large. Now on to our Science block. We’re joined today by renowned Astrologist Zimphir Dumplins. Doctor Dumplins, can you tell us a little more about this mysterious object launched from the moon earlier today?” The Astrologist clears her throat, “Yes of course. We’ve determined that it is metallic in origin, but beyond that spectroscopy has revealed very little about it. We haven’t even been able to detect whether it’s powered by magical or mechanical means. We have determined that it was launched from a spot on the moon that is several hundred miles from where Olde Watch established its base, and with them refusing to comment, we can’t even tell if they were responsible for the launch. The one thing we do know is where the object is going. It’s been on a steady course since it was fired, and seems to be aimed far beyond any of our local planets, towards a star system located roughly 200 light years away. Strangely enough, at its current pace it won’t make it to that destination for another 30,000 years.” The reporter nods and smiles. “Thank you, that was fascinating. Now up next, are there smurfs in your pantry? Would you know? Find out after a word from our sponsors.”

The Chronicle Society News report continues to play in the background, as now they’ve entered prime time news hour, with the Reporter relaying the local and national news of the day in his sonorous tones. “But inevitably the battle between Godzilla, the giant talking lizard monster, and Fenrir, the wolf god of some backwater world, ended in not much really happening and the city of Persistence continuing to go about its business. In national news, a mysterious object that was launched from our moon and which is on a trajectory with a solar system hundreds of light years away has been intercepted by portal probes sent out by Consequence. Initial reports revealed that the object is metallic in nature, and does seem to exhibit some of the characteristics of a warp based movement system, although even at close range the distortion field it is emitting makes it hard to get conclu…. Wait a minute. Breaking news. It seems that the probes have, crashed into the surface of the Eighth Planet. The Chief Executive of Consequence, Tye Sampson, has just issued a statement saying that the probes were destroyed, but, no blame is being put on the object or Olde Watch. We take you live now to a press conference…” And on and on it goes, the news cycle never really ending, just perpetuating itself as Hellifyno continues to live and breathe and grow.

Out, in the depths of space, at the very edge of our solar system, there is a mysterious object hurtling towards some unspecified destination. It was launched from the moon, but it is impossible to know whether Olde Watch was involved. It has a set course, but it is increasing in speed. And it is about to pass the orbital boundaries of the final planet. Spectroscopy, scrying, portals, and probes have all been used to try and determine what it is. All have failed. And now, as it continues to accelerate, to a speed nearing that of the limitations of light, it moves beyond Planet Nine, and out into the infinite darkness of empty space.

And then it turns around. Long range sensors on the planet hellifyno start screeching in alarm. Scientists and mages rush to their instruments to watch. The object that has so fascinated the scholars and intellectuals for the past few hours, has finally changed course. And it’s coming back.

But it’s not headed towards Hellifyno. It is headed towards Planet Nine. The smallest of worlds, and one damned, cursed with a population of untold trillions of undead beasts, zombies that wander its blighted frozen surface. On screens across the planet Hellifyno concerned leaders watch, as the object, its distortion field now turned off, and identifiable as a massively powerful nuclear weapon, crashes into the Ninth Planet and explodes in a silent, fiery blast of debris and rubble.

Those on Hellifyno who look up at the night sky might see another star briefly flare to life, and then fade. But it is a far off star, and few even take notice, as the blast and the sounds are millions of miles away. But the Astrologers and astronomers take notice, the leaders of the cities take notice, and as they watch, they can see that a massive piece of the Ninth Planet has been broken off. This deadly asteroid, still covered in trillions of the undead space zombies, now hurtles through space, on a very clear trajectory. It’s coming to Hellifyno.

The impact of the planetoid is preceded by a rain of fire. Thousands of tiny stone projectiles shoot down into the planet, blasting through buildings, making palaces explode. The woods catch on fire, the streets melt, hundreds and thousands die in flame and sulfur. But that’s not all. There are also bodies, raining down. Blackened, rotten bodies, that fall from the air like horrible snowflakes, bones snapping, skulls cracking as they impact. But these bodies do not all lie. Many, many of them start to rise, to roam, to seek, to sate, the hunger that consumes their souls. And so, the invasion of the undead begins amidst a backdrop of falling amber and blasting earth.

And then, the entire planet shakes, a worldwide earthquake that topple skyscrapers and demolishes castle walls. As the planetoid impacts Hellifyno the planet itself is wounded, a grievous break tearing through its very structure, causing a range of mountains to leap up as competing plates of tectonic fury are compressed and crushed into one another. Next is the blinding light, a flame so bright it eradicates the world. And then, the smoke, the char, the dark choking ash that falls from the sky. There are no stars, there is no moon, there is only darkness above, and flames all around. Most of the city is rubble by now, the Inn has fallen and risen and fallen once more, its magic straining to maintain its structural integrity even as the world it inhabits is torn apart. And all of this, this hellscape of pain and destruction, is punctuated by the low moaning, the grunts, the creaking rising limbs, of the undead. They fall amidst the destruction, they rise in the rubble. Their bodies, powerful beyond mortal flesh and held together by some dark taint, do not die as they should. Instead they seek, they strive, they search to sate the unquenchable hunger. They are the creeping lurching shadows of this apocalypse, the custodians of the end of the world, sent to make this new hell, even worse.