Home The Spreading Madness of the Golden Plague

The Spreading Madness of the Golden Plague 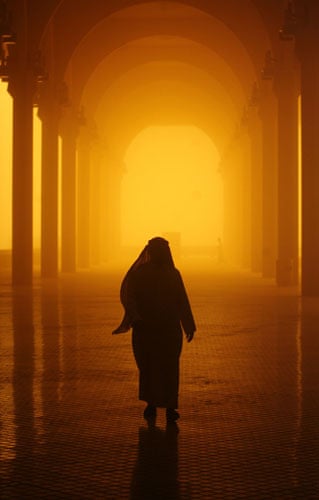 A year ago a golden plague descended on the southeastern part of the Northern Continent of Hellifyno, melting everything in its path. The only city to resist this was Sprout, using an object from the Plainview war, from Hyandria, forged especially by the FaE Mop HairEd BoY. That was recently replaced by the Hyandrian empress with a crystal of lesser cogence, and focus.

In return, the golden death cloud has caused the city of Sprout, long protected by the old relic and now accepting the new…. To go insane.

They of Sprout are gouging out their own eyes and setting fire to themselves. They routinely murder at wil, and sometimes stab themselves in the faces.

The buildings of Sprout are burned. The Landscape is a wreck. The peoples are mad… crazed. Though the golden plague is restricted by the new, smaller shield, still something is seeping through. And the people of this land are not remaining isolated.

Monks of Gold: There are some in Sprout, who mad or maybe curious, put on the cinnamon suits of the nymphs and go out into the golden cloud, that realm where everyone dies, and they sit. And they meditate. They say they see visions in the clouds. Things coming, and things long past. And some of them return home, after a while, and spread the word.

The Spread: There have been reports of random violence from refugees in the vicinities of Consequence and Improvidence. The attacks are, unpredictable, with seemingly normal refugees, always refugees,  lashing out.

The national government of Consequence is locking down on refugees from Improvidence and especially from Sprout, demanding sanity checks before they enter. But this is only slowing down the flow, and causing more people to enter the city illegally. Consequence is awash with the gold cloud fled. And some, some are quivering with a new form of mental malady.