Home The Temples of Shattered Dreamscapes: Utterances of Light and Shadow. SUMMARY

The Temples of Shattered Dreamscapes: Utterances of Light and Shadow. SUMMARY 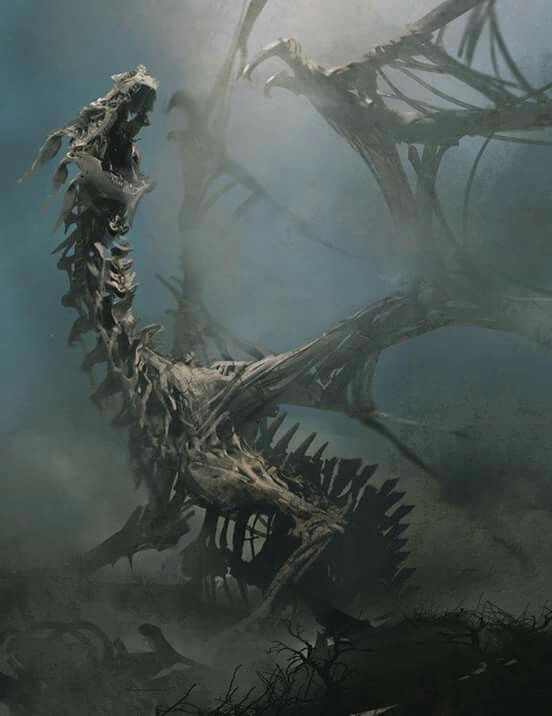 The Temples of Shattered Dreamscapes:

Utterances of Light and Shadow. SUMMARY

Players:
Sasuke “Sassy” Firemist;
Randall Wayne;
Slime;
Peyton Sage;
(Thank you for hoping in! Even for a moment! Having such wonderful writers always serves as a grand motivation!)
The original log can be found here.

This time no one was awaiting for adventurers. Messenger pigeons had been passing the lands of Hellifyno, sending distress messages, informing that a group of cave dwellers had been stuck in a remote cave. Unable to get out, they had sent out their scouting birds with messages.

This did gain at first interest of two certain individuals: Sasuke Firemist, and Randall Wayne. The two did meet by the entrance of the cave, which was pinpointed in the hand drawn map.

Already the atmosphere was eerie, showing that most unnatural nature belonged to the location. For a brief moment the two traded their stories and learned their abilities. Having learned from past experiences, they did take note of every surrounding. As they entered the cave, the Randall examined the footprints of animals, whilst Sasuke read a carved text, they had found, presumably fresh, likely carved by the previous by passers.

At first the heroes saw it as a joke, or a typo. Something that shouldn’t be taken as seriously, and the two of the descended, soon enough entering in a cylinder shaped room, with ceiling towering to 50 meters, decorated with light wells, that allowed light to fall within the room. In the middle of the room was a pedestal, slightly elevated via steps. On the other side was a slightly larger cave entrance, all enveloped within claw marks.

First Randall was to examine the location for traps. It was then, when Sasuke made a harsh mistake, but a mistake that gave them a valuable lesson. Using her flight ability, Sasuke managed to ascend quickly, which happened simultaneously, as Randall walked up the steps towards the pedestal. And it was then, when massive wave of nausea made the woman fall downwards and hit the ground with a thud, before vomiting her latest, most unflattering meal right then and there. At the very same moment Randall felt nausea creeping in, however not as strong.

It took some time for them to recuperate, and take note of this sudden and most unpleasant realization. Knowing that they had such disadvantage, it was luck, that they learned this truth in a relatively safe position. Assessing the situation, they decided to carefully ascend towards the pedestal, and Randall wrote down these lines, that were engraved within the stone in well readable language:

“The left ones pass the hidden land,

To which way is which is out of their hand.

Passing it will be path of wisdom –

Travel there if you so fathom.”

“The path among is one of shadows,

To cling in light from hungry bellows.

The claws will grasp for very soul,

Will you face your fear to make it own?”

“Where eye is right, there lies much honor,

As you will pass the path of valor.

But know that walls will grow as needy,

For lust for honor belongs to the greedy.”

As they examined the carvings, firstly a strange slime like creature passed their company, but just like that, the being vanished. Soon a more noticeable companion entered their vicinity. From the small passage they entered, a woman known as Peyton Sage entered with two men accompanying her. Armed to the teeth and well equipped for this rescue operation, same as Randall was prepared for it as well.

They exchanged the information, and seeing that the newcomer and Randall knew one another, a rather trusting alliance was formed, and soon they pressed forth. By Randall’s lead, a strong assumption was made that they will stumble upon two paths, one appearing as path of Wisdom and the other as the path of Valor.

However, once they entered a small cave section of twirling stalagmites and stalactites, twirling in a most unnatural manner, forming gems and crystal. It was there, when they realized that three passages were before them. However, noticing presence of Wisdom and Valor, ironically, the passage of Shadow was completely overlooked by the company of five. It took quite a while for them to examine location to some more indications, but learning that the lines were the only indicator of what to path holds, Randall made a decision.

Sliding in the far left passage, the man vanished, slipping trough the wet clay, formed on the walls. At that moment the weariness and slight dissonance within Sassy made her become ethereal and surreal, and soon enough – slowly vanish, acting as a flag for Sage to follow Randall as soon as possible. Her two followers went by her example.

It was then, when, when they noticed the strange fauna surrounding them, glowing in bright yellow and violet bio-luminescent lights.. The cave walls were four hundred feet apart, and it almost seemed that gravity pushed towards the walls themselves, covering the entire walls with glowing flora.

However, there was little time for wonder, as the four, two followers, Sage and Randall were stalked by dingonek-looking creatures, each representing a certain element. They were lucky enough to notice the creatures in time, but act they did not as quickly as they should have, as one of Sage’s lackey’s was murdered almost instantly, and dragged away by the alien creature. It was then when they acted.

Sage was able to gravely wound, and scare off two of them, while Randall took care of other two via melee and ranged attacks. However it was then, when a most peculiar thing happened.

You see, towards the fleeing cat-like beast, the woman send a mental message, hoping to force it to warn it’s kin. What she did not realize, was the fact that up until now they were in the dreamscapes. And as the minds connected, it began slowly as a slight diffusion in perception of gravity and land, as the caves seemed to twist. But soon enough even Randall was able to witness the changes. The caves seemed to come to life. Something, also known as derailing of a dreamscape was happening.

Soon the plants began to wither and bloom, forming faces of the adventurers, limbs sewn together in strange manners fell from nowhere and ascended towards nowhere, whilst the bodies, they had slain were turning inside out, taking shapes, unimaginable.

And then all stopped. Almost as if frozen in time. The plants, the aggressive, twisting lands, and even the falling bits and pieces. It was that moment, when Randall heard a bone chilling roar, sounding all too familiar phrase to the man:

The cave shook, and soon their thread became apparent. A dracolich was nearing them. As Sage managed to form a protective barrier around her and Randall, her lackey was not so… Lucky. The rotting beast inhaled and shouted, and it’s shout re-awakened the frozen time, and the land began to twist, as before their eyes the left-behind man took impossible shapes, soon becoming nothing that remotely could be seen as human. Still alive, begging with dead eyes for release of death.

The curse of ascending seemed to be fractured. The gravity seemed to be unstable and shifting. One time they were up, the other upside down. Then the tunnel was leading up, then down. The beast clawed, as the heroes tried to escape wherever, whenever. The area around them slowly shattered, taking slowly an appearance of something of elemental chaos plain. The cavern twisted and turned, and holding with all of their magical prowess, Sage was slowly loosing her strength.

Randall tried to support her. But at this point the hope was waning. They were loosing, and just as there seemed to be undeniable doom coming from the raged dragon, the keeper of now derailed dreamscape, was nearing them, a certain whisper, of unknown origin and voice to them invited them to reach within one another.

It was then, when they discovered the relics of this dreamscape. The twin battle staffs, Bal and Mel. And following the guidance they crossed their items, prepared to be taken away together. Standing as one till the end.

There was only light, and then darkness.

Randall was first one to wake up, to fist notice big eyes of a fat lizard, before rising up, and hearing a bleeding explorer mumbling to himself something about promises and mother, cursing the two heroes. However, Randall didn’t have to take it, and all of the magazine was emptied into the explorer, who apparently had been sending fake distress calls to lure adventurers to their doom.

It was then apparent, that they were in the cylindrical room, only this time, with no pedestal and way deeper. Were they finally awake? The man then eyed the sleeping woman, that was also there. Both were bruised, despite it all seeming like a dream. A strange phenomenon. The scars, obtained in a dream…

The man so tended to the woman, to later let them make their way back home. As to what had happened, what will they do with their new relics, and where can they learn more? Well, that remains to be a tale for another day!

So, I will start the most prominent thing! There has to be a negative to Nakhtrendsensesenaidairiaphos Furf’fonnyalwaldalsonsonmesis, in this case, this is a certain character that some may recognize, but it helps as the negative, to balance out the slight imbalances, and help heroes in times of need, however discretely and seamlessly. So that may be something that I will try implementing more.

There was an issue of late players unable to join due to the boss fight, but nothing can be done about that, I think. A balanced fight is a balanced fight. Having someone just one hit the beast would make it all too easy and anticlimactic.

Taking time is important, making the system more modular was grand. And despite my fear of derailing being a bit too confusing and too much, the players took it very well, and we were able to follow one another quite well, nearing a certain, satisfying result. All in all great success!

Next dreamscape will be polished and aimed as a better sister of this one. Stay tuned and thank you for reading!