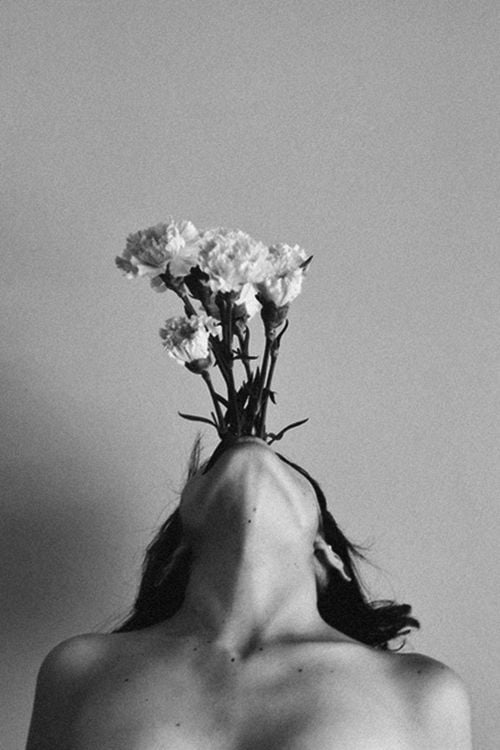 A Tale of Aurelia’s Time in Therapy

It all made her feel uneasy. The blinding white paint that clung to the walls; littered with tacky pictures of positive sayings. The uncomfortable chairs and the overly nice receptionist who had a habit of biting the pens. Yet, there Aurelia was that thin frame perched in a chair as she waited to be called back.

“Mrs. Faye” Called the nurse as he just barely escaped the door leading back to different offices.

Manners. Aurelia had to remind herself; she was not married. “Dr. Faye” The skeleton woman muttered under her breath as she followed after the man. The hallway was never-ending, until they finally arrived at a door, the male nurse being so kind enough to open it up before shutting it abruptly behind her.

There she stood in the face of an individual she never in her life wanted to meet; Dr. Rylee Oltman.

“Do take a seat, Aurelia” Came the impersonal voice of the man.

Without hesitation, Aurelia moved to take a seat in the chair in front of him. Cerulean hues are taking a dip towards the pad of paper casually sitting in his lap, pen waiting to exploit all of her darkest secrets onto the pages, so that he may diagnose her problems.

Unbeknownst to him, she knew this would not take long; she knew what demons lurked inside her. So instead of making herself comfortable, she sat at the edge of her seat, so she may stare at him until he realizes he cannot fix her.

And so, it began

“Why are you here, Aurelia,” Dr. Oltman asked, pen at the ready.

“Because my place of work required that I visit before I’m able to come back to work fully.” She lifted a brow, waiting.

She knew that wasn’t the answer he wanted.

“Or to make you feel like you’re capable at your job. Because someone tried to kill me with a peanut oil bullet.”

Bingo. That was what he wanted. At least part of it. He remained silent, other than the rhythmic tapping of is his foot on the floor.

“I think a better question is, ‘Why do you think I’m here, Dr. Oltman.?’”. He’s getting the classic brow raise from Aurelia.

Maybe Rylee Oltman thought he was being collected when he answered her question, little did he know he was playing right into her game.

“Because you are a complex individual, Aurelia. Who has been through a lot, and perhaps talking about it, will help you understand the situation and yourself better.” His eyes move from his paper to her, to the switch on the wall; which had been flipped the wrong way, so to turn the light on one had to flip the switch down and vice versa.

More silence, the kind that made one start to feel uncomfortable. Until Aurelia shattered the glass of silence surrounding them.

“Complex, what a lovely way to put it. No. You see, what you and your pen want to know is everything that’s going on inside my brain as a result of my life history. You want to know about the eating disorder and why I think food is the only thing I can control in my life. You want to know about the scars that you can see peeking out of clothes, and don’t utter that you don’t, I can feel your eyes roaming my body. Don’t worry; I got them from an abusive aunt who tried for twenty-five years to kill me. Or perhaps you’re curious about the witch who is being hunted by her own Grand Coven because god forbid they have any respect for a Necromancer. No, that isn’t it all either. Maybe you want to be sensitive, discuss my fears; the fear of water or heights, or why I think I’m the kind of monster kids are afraid is lurking in the shadows. Or maybe, you’re curious about the bullet and how part of me wished I had died that night, for my fight would be over. Honestly, it’s probably the suicidal thoughts that interest you. Because it gives you a problem to fix.

You’re greedy, you want all these things, and you have to word them so carefully as not to offend your patient. But your own curiosity gets the better of you, until you know every person’s weakness, even though yours are hiding in plain sight. You should really see someone about your OCD. It’s getting out of control. You continuously tap your foot to the beat of 3-8-3-3, not to mention always ending your sentences with my name. Also, this will be the fourth time you’ve checked the light switch behind me in a span of seven minutes.”

Dr. Oltman sat there, almost in awe that someone who hated psychology so much, could have identified him so quickly. Nevertheless, he cleared his throat, stopped the tapping of his feet, and dropped his pen to the ground.

“I’m going to sign the paper for you to get back to work and then we will never speak of this again. Okay?”