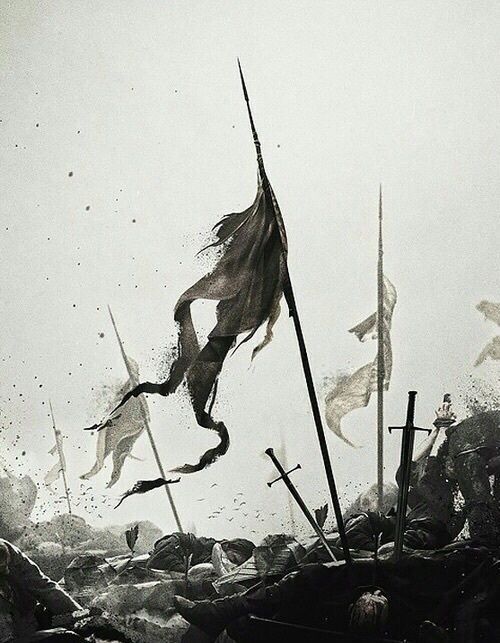 Hands gripped at the wooden desk, splinters breaking off and embedding themselves in the male Yuki’s hands. Jade colored eyes held a storm within them, and he knew. Oh, he knew all too well what his wife had gotten up to while she was out of his sight. He should have known better. He should have known that the more freedom he gave Misato, the more likely she would be to betray him.

As he gripped at the desk, Fen Long turned his attention to the guard standing there at the other side. The man there was another Yuki, of course, some nameless thing with mousy brown hair and lifeless brown eyes. Even his markings were dull, brown and silver. But Fen Long? Well, he was completely different. He was tall, flawless, with bright auburn hair and jade eyes. His markings were black and red, the colors that his grandfather, Shimei, had once.

“What do you mean you can’t find her?” There was a growl from the Emperor as he felt part of the desk break under his grip. Most Yukis could control their strength, and so could he. But not while he was so infuriated. “And how many fucking times do I need to tell you that my word outweighs hers? I don’t care what she does while she’s outside of these walls. She was supposed to be escorted!”

“I’m sorry, Your Highness. But you know how your Lady wife is.” Ugh. This man’s very voice annoyed the royal Yuki. He lifted his hands off of the desk, unclenching his fists. Claws grew from the tips of his fingers, and the man stepped forward. “What. Did. I. SAY?!” He growled, pressing the sharp tip of his claw up under the other man’s chin. “I don’t care how she is, you insolent little twit. My orders override hers.”

The other Yuki fidgeted. This was precisely why the majority of the guards preferred to work with Misato. At least when things went wrong, she was a bit more compassionate and kind. She usually didn’t threaten them with death just because they tried to explain themselves.

Fen Long huffed, stepping back and away from the Yuki. “I swear if you force me to actually have to rip your throat out…..” He grumbled and stepped back towards the desk. As he leaned against it, the guard there realized that the rumors about this particular Emperor might just be true. Ugh. He should have taken his family and fled to the Dros-Sturn or Mystia Empires when Tai Shi was killed decades ago. Of course, no one thought that Fen Long would have been this bad back then.

“Now, I should hope that this task won’t be too hard for you or your men. I want her to be found. I want to know who it was that took her from my palace, and who has forced her to betray me like this.”

“Then I should very well hope your family is elsewhere in the Empire. Otherwise, I do believe I’ll have my competent soldiers pay them a visit.”

The other Yuki clenched his jaw, but bowed to his Emperor all the same. As the man strode from the room, he heard him brushing past yet another person. Another Yuki, Kanna. One that was bound to his family simply because it was the Kintaro Clan who had taken her status as a former god.

“What do you want, Kanna?” Fen Long turned towards the window, clasping his hands behind his back.

“You know, you’re strong, Fen Long. But you’re not strong enough. Think about it.” The dark-haired Yuki strode in, leaning herself on the desk. Unlike most women, she didn’t care for him. His brother, the one that lived in the Mystia Empire, however… well, he was a different story. “Do you really think some Yuki had the balls to take your wife of all people?”

“Stop speaking in riddles, or I’ll have my mages drain even more of your power, Kanna. And you know how you’re supposed to address me. Don’t make me send you right back to Chizuru’s realm until you’ve learned your lesson.”

“Okay, okay. Look, it’s pretty clear that whoever has Misato is either a god, or has power on par with one. You’re not going to get anywhere as you are. Not even as the Emperor you are. Might I suggest using Duuato and Cho’s powers to travel to other worlds?”

“You’ve already proven that you can drain the power of others. Thanks, in part, to the gifts Sugawara left after he’d possessed you. So, I would suggest travelling to other worlds and draining the magic there as well.”

“And this, dear Kanna, is potentially the only reason I keep you around.” The Yuki grinned, sharp canine teeth flashing in the light. “Contact them both. Oh, and get in touch with my old friend Zhou. I want to know where his daughters are. Neophyte and Kendrix will come in handy as well.”

Kanna bowed to him, her violet eyes rolling while his back was turned. She really did hate the pompous ass. But, she couldn’t help herself. She had to work with him. Just as the rest of her kind, the Shinigami, had to. After that, rather sarcastic, bow of hers, she stalked from his study. And, yes, Kanna was grumbling to herself the entire time.