Home To See Her One Last Time, Part I

To See Her One Last Time, Part I 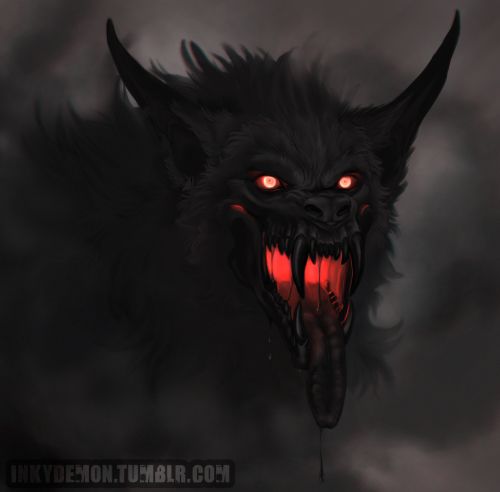 She’d barely started this quest, but already Chara was exhausted. It wasn’t the physical type, the exhaustion that could be fixed with a night of sleep. This was an exhaustion that seeped into her mind, her bones, that nothing could fix. Not even…. She shook her head as she moved through the forest, combat boots crunching through the snow. Stop that. It didn’t matter. Not really. She’d fucked it up, just like she did everything else. Slowly, she made her way into a clearing, using gloved hands to pull the snow away from a root system of a massive oak tree. Just enough for her to take a break, even if it was a brief one.

She reached into a pack she’d brought along, taking the water bottle out of it to sip from it. This wasn’t the first time she’d been thrown into a situation with little time to prepare. It was, after all, how Ahtena used to train her to keep her on her toes. The whip was dormant, which was for the best. If she let it stay active too long, it would have to feed, and she couldn’t have that in the middle of a fight. Not this time.

Slowly, she reached back into the pack, pulling out a map. It was the only thing she was able to find for the area. Tucked into the bag was a bag of rock salt and a small pouch of something called Goofer Dust, as well as Devil’s Shoestring, an herb she’d paid too much for. The only thing she couldn’t take was an Angel Blade. But, luckily for her, the same occultist that sold her the Dust had one. She was able to get her knife close enough to it that it was able to take that form now.

Fingers grazed over the bone hilt of the blade, and she sighed before leaning back against the tree. Her eyes closed, and she started to listen. This was where the occultist had said the Hellhound would be. This was the forest it had been hunting in, which meant the Lamia and the cave must be close. She slid the map and water bottle into the pack, sliding the knife from its sheath.

Silver eyes closed, letting her energy pour into the blade. It was quiet, something she’d noticed since she’d stopped looking around. Now that she was focusing on hearing and scent, she could feel how quiet things were. The blade glowed for a moment, taking on the shape and properties of the Angel Blade she’d been near. When her eyes opened, they weren’t silver, they were glowing crimson.

Her hand lifted, tapping her right shoulder, activating the gold and green Fae armor. Even if it would protect her from physical attacks, the jaws of a Hellhound were strong enough to tear into the leather and chain mail. But it would give her a few extra moments to peel herself away from the creature if it did get its mouth on her. The whip was activated as she pulled the leather jacket over the armor, glad that it was too big for her. That made it easier for it to fit over the leather.

And that was when she heard the snarls. To the left, thirty yards out. Chara slipped a piece of fabric from the pocket of her jacket, tying it around her eyes. If the Hellhound was invisible, then it was best to not have her eyes. She would have to rely on hearing and the magic she could feel pouring off of it.

She heard it take a few steps in her direction, each movement slow and calculated. If she was lucky, she wouldn’t need the salt or the Goofer Dust. She stepped away from the pack, leaving the Devil’s Shoestring within it behind her. That was something that was meant to keep it away, but something about this particular Hellhound said it didn’t care.

She readied herself, taking a stance so that she could attack. And it lunged for her, mouth aiming to close around her forearm.

Chara stood from the lump of swirling energy that was the Hellhound. Blood dripped off of her blade into the snow, and she was breathing heavily. She would need to repair the armor. There were gashes in the leather and mail, her own blood dripping alongside the Hellhound’s. Task one was done.

But she had enough blood already pouring for her to do one last thing. She leaned against the tree, muttering in Greek. Something to heal her, a spell taught to her by Hecate. This was a terrible idea, and she knew it. But she had to do something.

Slowly, the wounds began to heal, though the soreness would remain, and there would be scars. One such scar was the imprint of its jaw around her throat. Luckily for her, this spell didn’t leave her with a physical change. But it did leave its mark on her soul, and she could feel it. That darkness that crept into her very bones. She gasped, sinking back down to the ground, causing the whip to stir once more.

“No, Mikros,” she whispered. “I’m fine. Just need to rest. That fight took more out of me than I intended for it to.” She wouldn’t dare sleep, not with the worst predator now dead. Other predators would smell its death and creep in to take down what would hopefully be weak prey. She ripped that blindfold off of herself, tossing the cloth into her pack and deactivating her armor. A vial was produced from her pack, a bit of the blood on her blade  dripped into it. Proof that she’d killed it. After that, she set to cleaning the blade, letting it shift back into its original form.

“Lamia next,” she said to the whip. It hissed its agreement, wrapping around her arm to steal some of her warmth. “I know I don’t have to kill it. But I should. Just to be safe. Just so I can get to the cave without it coming after me later.” The whip nodded its ‘head’ and went dormant once more.

Chara pulled the rounds from her pack, loading the pistol. Blessed by Artemis, which would be more powerful than a blessing from a priest or priestess, made of silver. It would be enough to injure the creature, but not enough to kill it. That was why she had that spell, which wouldn’t use her blood this time. Just a little energy to cast a fireball at the beast. And the rosemary in her pack as well.

As she plotted her strategy, she leaned against the tree. Just a few hours, and she’d go after the Lamia. But, for now, she needed rest.