Home To See Her One Last Time Part II

To See Her One Last Time Part II 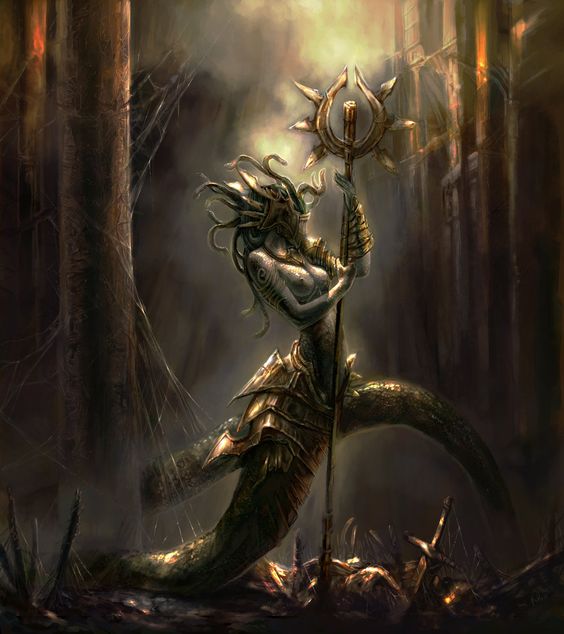 She’d already killed the hellhound, her proof resting in a very small pouch in her pack. The next thing she reached for inside it was a vial of rosemary, which was then slipped into her pocket. Well, that and the lighter. She had already made up her mind that even if she didn’t have to kill the Lamia, she still would. Finding it, though, that was the difficult part.

Another sip was taken from the water she carried with her, ducking behind another tree to glance at her map. There should have been a clearing nearby. One with a smaller cave that the Lamia had taken up residence in. And after that? It would be at least another day before she reached the Chimera.

Her heart was still racing, fear creeping up on her. She didn’t even know how long she’d been walking, how much of the forest had passed beneath her boots. Her hand rested on the hilt of her blade, parts of her body still aching intensely. But there it was. The cave.

Chara took a breath before entering, before she made her way into the cave, enough to steel herself. She drew her pistol. Silver, blessed bullets filled it. Something she’d need against the Lamia. But only enough to wound it. The rosemary and fire. That would be to kill it.

As she entered the cave, that was when she heard the hiss. She could hear scales scraping against the stone, her eyes flashing red once more. And she flipped the safety off on the pistol. A dark cave would mean she would have to rely on her hearing once more. All right. Time to get this done.

Strength flooded her as she stood over the corpse of the Lamia. But what was worse? She’d been bitten, that tail smacked across her face and her stomach. Bruises were already forming. But she’d done it. She’d consumed the blood of the Lamia, its blood-boosting her own.

Adrenaline coursed through her, eyes still glowing red. She was ready for the Chimera now. And her plan wasn’t to kill it. She would tame it. After all, she’d always wanted a pet.