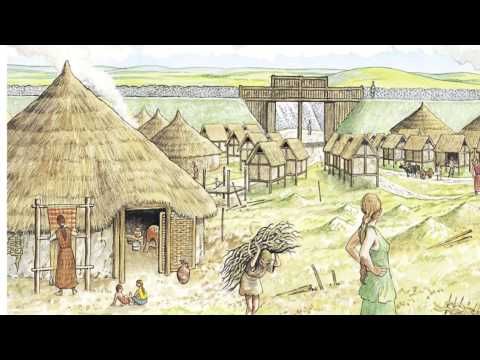 Darkness had cloaked the valley, the clouds had masked the usually bright moon, all round him vague shadows, but Anton knew the way. He had wandered these hills and dales all his life, and could find his way home blind folded. With the assured footing of the mountain deer, he meandered his way back to the clan’s village. Just as he was rounding the bend of the hillside, he sensed something was wrong. He stopped so abruptly his long black hair, bounced round his face and tickled his nose. If he hadn’t have been so tense, he would have giggled, he normally did. Normally Anton was extremely giddy, and loved to laugh, at times at the silliest of things, like when his little brother peed on his dad, as he was being changed. His father, the chief, was rather stern and always frowned at Anton “You have to be more serious, son! Someday you’ll be the chief, and all this silliness must stop!”

Dropping the three little bunnies, his catch of the day, Anton pulled out his short sword, with his left hand and readied his spear with his right. Lightly stepping over the undergrowth, his taller than average, muscular frame barely making a sound. Anton peered into the darkness towards where his people lived, a couple of fires had burned down to red embers, still not giving enough light to make out what was happening. All in the village was silent.

Suddenly the clouds opened, and the bright white of the moon, bathed the entire scene. Bodies strewn all over the place, blood splattered the huts, and soaked the ground. Anton now noticed to his horror, a baby’s charred body, laying in the middle of one of the communal fires. The stench of blood, shit and death stung his nostrils as a breeze wafted the pungent scent his way at last.

His heart pumping, he raced from hut to hut, searching for any sign of life. Even looking for whoever perpetrated this tragedy, even though he knew they would have been long gone by now. Mutilated bodies were all he found, and then he approached his house, the chief’s dwelling. He found his father, impaled by 7 spears, one going right through his left eye, the killing blow. All around him were the bodies of several men, not from his clan. Good, his father took a few of the bastards with him. Anton knelt for a moment, and tenderly touched his father’s forehead. “Rest, my chief, your duty fulfilled” he whispered. Grabbing a torch from its holder at the door, Anton quickly found his flint, and lit it before heading inside. His baby brother had his throat cut clean, “a quick death” Anton thought “small mercy”. Then the lone warrior found his mother, her clothes torn her body spread, hands nailed either side of the large table. Her body covered in knife cuts, and teeth wounds. Her pussy had been cut crudely so part of the flesh hung. The giant of the village of warriors, dropped to his knees, and sobbed. Howling, screeching into the night. All round the village, no animal dared make a sound, either from fear at the sound of such heart rending anguish, or out of respect. Anton Sobbed, softer now, the torch light had extinguished itself. The warrior lay on the cold earth, and cried until he fell asleep.

Next morning was a fog, Anton stumbled from hut to hut, gathering all the bodies. Men, women he had grown up with, girls he had amorous feelings for, children and babies he often loved to entertain. Anton had woke up with the sunrise, and spent several hours digging a large pit in the middle of the village, and this is where he place his friends and family, with as much care as he could. After covering the bodies and whispering a few heartfelt goodbyes, he walked back to the chief’s hut. Going to his parents bed, he lifted up the old wolf-skin rug, and lifted the small wooden box from beneath. To his surprise the box hadn’t been taken. It was just a rough handmade construction, with an iron clasp on the front. Lifting the lid, he found what he had hoped for. The gold wolfs-head amulet, symbol of the chief. Putting his head though the leather lanyard, he tucked the head below his shirt. Next he lifted the ceremonial dagger. The plain bone handle, belied it beauty, as did the deerskin sheath. Pulling the knife from it’s covering, the light shining through the window, glinted across the glowing green gemstone of the blade. No one knew what the blade was, or where it came from, but some said it had mystical powers. He grinned, and re-sheathed the blade, tying it onto his belt along side his own normal dagger, to anyone who glanced they would have just looked like twin blades. Lastly, he lifted the sheepskin parchment. His father said this was the most important piece. But law forbid him to know what was written on the ancient transcript until his twenty-first birthday. That was only a week away, so out of respect he tucked it into his backpack, he’d read it in a week. Stepping out into the light of the afternoon sun, Anton sat down on stool at the door. He didn’t know where he was going, but he knew he couldn’t stay here any more. He was about to close his eyes for a few minutes, when he noticed two things. One, he was now very, very hungry. He hadn’t eaten in nearly a full day. The second thing was more peculiar, three wolves had stepped into the clearing. Putting his hand to his sword, he watched. There was no need to kill them, unless he was endanger. Two of them stood by burial mound. To Anton’s amazement, the looked as if they were bowing towards the dead. The largest one kept walking slowly, towards him, head lowered, something in his mouth. The wolf dropped the three bunnies Anton had caught the previous evening, at his feet, licked his hand and ran back the way they came, the other’s joined. Stunned, but grateful, Anton picked up the catch, grinned to himself as he called thanks after the four-legged Samaritans. He heard them howl back at him. Well he had breakfast sorted.