Home Toying With The Ideas Of Necessary Evil.

Toying With The Ideas Of Necessary Evil. 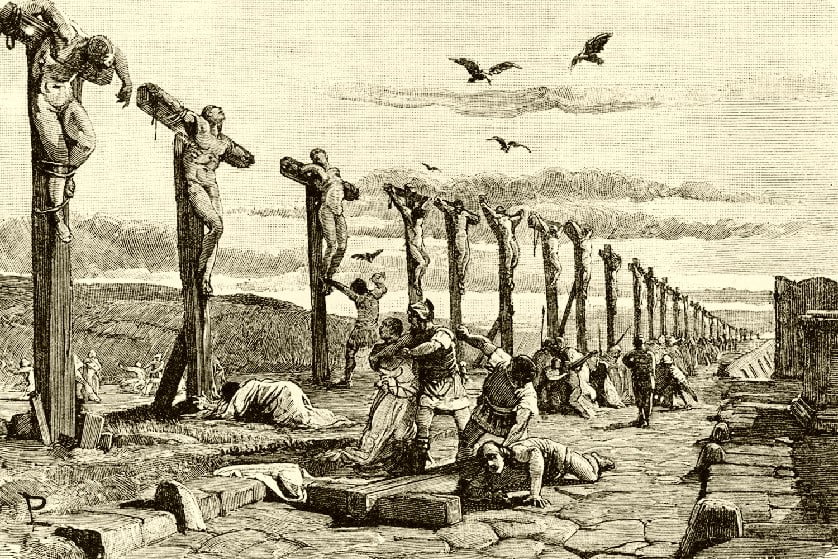 Standing atop one of the many Walls of her city. the girl stood firm, alone, staring out into the vast array of slums in this sector.  The artificial day/night cycle of the cave reaching its magical end. steadily plunging the subterranean city into darkness…. She seemed upset. Tears brimming on the edge of her eyes. She didn’t really want to do what she was about to do….but she felt she have to, to weaken the influence of the void, and maybe continue her path to redemption… And so. to summon the god, an atrocity must be committed. and her city had an overpopulation crisis..  so she figured, she can… ‘deal with’ a big section of soulless, purge a void god, and lessen the crises, all in one move…even if it pained her to think of how she was going to do it. These, whether she got a choice or not, were her people. She ruled over them, and she shared the vacancy of a soul with them… With a gulp, she looks down from the wall, as workers begin to move in through the gates to this portion of the city, they carried Crucifixes, large pillars of wood, with giant ‘X’s strapped to them, to spread the limbs of the intended victim wide… Others carried explosives, and a few, flamethrowers. And then. The gates to this section slam shut. and the procedure was about to begin…

The few with weapons go house to house, forcing everyone onto the main road, where crucifixes were set up, lining the streets. And if they refused to leave their homes, which had mostly been built by themselves, by hand? They were burnt, the buildings set alight, with the occupants inside. Explosives were set up in the larger buildings of the area, the communal houses. And they didn’t even get a chance to flee, because as soon as they were in place, and the demolition crew was out… boom. the building would collapse, crushing a few buildings next to it. Tears begin to slip from the girl’s eyes as she stares at the devastation she is causing to these people…perhaps she really was beginning to change? more emotional, at least. But within hours, which seemed to drag on to days to the little Ten year old Dictator, hundreds, perhaps maybe thousands of crosses were set up. And by now, there were spectators, looking on in horror from behind closed gates as their own kind were unreasonably (at least to them), lined up for execution, being wiped from the face of the underground empire… Drums began to beat, as more ritualistic-dressed people entered the fray, with whips and torches, awaiting to cause a barbed, and burning death, as the chosen began to be nailed into place, Screams flooding the cavern as flesh met wood.

Angry cries call out to the tiny tyrant, as she descends the wall, to stand in the street, lined with the crucified, standing idle, as the drums continue to pound rhythmically, once every second or so, Chants being drowned out by cries of hatred against the Soulless Kaiserin, as she nods her head, signalling to the ritual-masters to begin flogging those upon the crosses, with their barbed whips, flaying large streaks of flesh from their bodies, coating them in their own golden blood.

By now, Alysha’s heartrate was skyrocketing, her tears dropping to the floor, her mind screaming at her to stop her dreadful actions. Stop, she didn’t, instead doubling down, by ordering every building in the district to be set alight, chocking over her own voice as she gave the demand, as the thousands begin to be tortured upon their crosses, in this loosely co-ordinated ritualistic sacrifice.Smoke lines the street where this is happening, and the smell of charred flesh clogs the air, drying her eyes to the point where tears cease to fall, yet her breaths remain shaky, hands quivering as she blinks, holding her eyes shut for a second, as if in regret of this self titled necessary evil.

“D-do it.” the child sputtered out, narrowing her eyes in a feeble attempt to seem un-phased by the sites, the smells, and the sounds of the torture around her. And with the command from their queen, the ritual-masters cease their flagellation, and light their torches, bending forth beneath the mounted ‘X’ crucifixes, setting the base alight, and watching the fire climb, before reaching the crotches of those crucified, which is the first part of their bodies to be cleansed by the fire, the rest quickly following, being charred black, before all that remains, is the few gargled screams of those last, unlucky bunch to survive, which quickly fall silent, and finally. There is only charred corpses on wood left, the flesh and the material fused together where it touched.
The spectators fall silent for but a moment as their friends, their families, their kin are set alight. Before smacking at the gates with anything they can get, hammers, sticks, stones. Crying out in vein for their loved ones, as they are sacrificed to the void.
The girl coughs on the fumes of the dead., as dread begins to fill every ounce of her body. Had she been deemed ‘worthy’ by the twisted deity she wished to summon? perhaps, perhaps not. But things seemed to happen, regardless, as thunder seemed to boom throughout the city, despite it being underground. and for the first time in it’s history, Rain touched the rocky floor of new dawn. And then lightning, as it ravaged across the Crucified corpses, striking each corpse once, methodically, it seemed, starting at the bottom of the twin rows, and ending at the point closest to Alysha, who only opened her eyes once the overwhelming noises of the strikes stopped. and she was greeted with the site of…nothingness. A blank, empty, hollow…nothingness, as if gifted a mere illusion of the void itself.
“And….what might you be, dear butcher?” came a voice, from all around in the darkness, with rolling words, and gritty tones. To which the child responded. “I…. Am Alysha Schonherr!” her tone laced with tearful authority and demand. “Ruler of New Dawn, Child of the Void, and it’s conqueror!” her voice, although somewhat frail, seemed to boom, in this illusion of death and nothingness, as she stated her processed to this lesser god of the void, her hand falling to the whop upon her hip, the barbed tail falling to the floor, coiling upon the floor in a pile. “And I! issue you this demand!” she screamed into the nothingness, her pent up anger releasing itself, an eruption of emotion. “Join me as my Thrall! Be bound to this weapon! and I shall carry you through death, where you can devour the souls of those slain! and rise to overpower you brethren!” The deity fell silent at this request… for Alysha was but a child, in the domain of nothingness, yet she had proved her willingness to sacrifice her own kin’ to get here. Of course, the being could likely drag the child into the true void at any moment, leaving her with the endless silence and peace of True nothingness… yet it did not.
Her blood started to boil in her veins with anger as she grows impatient, the creature having been silent for minutes now. or perhaps days. maybe years, or centuries? time could be anything in here. And then, it responded, in the most peculiar way… trotting forth, as a small fox… with scales, and leeches for eyes, teeth for paws, and rusty nails for teeth. an attempt to scare, the child perhaps? though she has been through far too much on her near 2 years on Hellifyno to be tricked by falsities and such. so swinging the whip back and forth, getting used to the feel of it as the pompous little creature tried to speak. “I have decided to jo-” it was cut off, as the whip came crashing down, tearing at its scales, and her foot went to step upon the being, and when her foot smacked into its head, crushing part of its skull with a vile crunch, its rusty nail teeth being forced into its own head, as its jaw was snapped shut by the impact, and the child screamed, fuelled with her rage as the golden blood splattered over her. “YOU. ARE. MINE!”
The creature did not resist such fuelled demands, as all gods were false with the void. and brutality can be the key to many things on Hellifyno, as it turns out. a feeling of power washes through her, and then a sharp pain in her mind, as the being passed through her very existence, and seeped itself into her weapon, binding itself to the barbed whip. She screams into the abyss as it is forced through the channel of her body into the weapon. and when all is done, she passes out, rather unspectacularly, falling backwards into nothingness.
And when she awoke. she was alone, sunlight beating onto her face, from a cave mouth, only a few meters away. her head was bleeding, her body ached, and her mind screamed in anguish….but she survived. and began to drag herself towards the light.
2 Comments