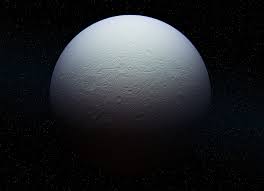 Susan would step up to the podium to speak “With the news of last night that the Iron Legion Empire’s Emperor, Benjamin Price passed of a heart attack, sometime yesterday, my deepest condolences to his people and family”

Susan paused before speaking again “Please don’t be mad at me for trying to help someone reform the ILE, they’ve done somethings in the past but we must at least try..”

“So to explain, I present to you, The Treaty Of Fellwinters” Susan said before the document appeared before everyone watching the transmission

“At The Request Of Jessica Pinkadow, this treaty has been constructed to help separate Lord Iron’s GSE and Empress Akuma’s GSE” Susan paused before going onto Section 1 in the treaty

“Agreeing to this treaty, means that for members of The Soulhelm Pact, that we work to reform whatever Empire that Lord Iron makes from what he has in the GSE” Susan said

“Lord Iron must try to agree with the Warfare Rules and cannot act as a tyrant, He must evenutally pass his empire down to his youngest daughter, Mia Price” Susan stated

“Once you agree to this Treaty, it means that this new empire has been born and Iron will get the benefits of Operation Bone and Sarah” Susan said