Home Turning the Tides: Pushing back the Flow

Turning the Tides: Pushing back the Flow 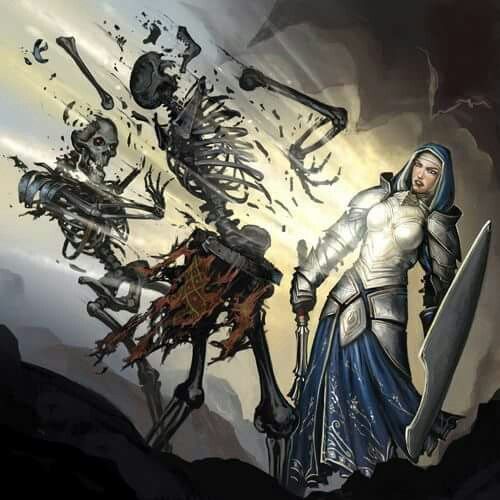 Scion Anthem Kishimoto had known that this ‘campsite’ of hers was going to be flooded with zombies, but it wasn’t like she wasn’t properly equipped to transform the vile creatures of void back into lifeless corpses. The 5’6 warrior worked through Camp Equilibrium like a silent storm, with a dangerous fury of fists and feet combined with the skill and technique of a martial arts master. Soon the Kishimoto woman stood at the edge of her camp, her tan body dressed in moonlight as black blood slowly dripped off of her fists; the slight glow of green Gaian light emanating off of her right arm and illuminating the night darkness.

In the face of this Child of Light literally armed with the energy of life, the normal mindless undead would turn and flee! Once her camp was free of the walking dead, Anthem reached deep inside her core and summoned forth a large, solid rock wall around her small area cleared out of the woods. With the Kishimoto Clan currently MIA to her, Anthem needed some ground to come back too that she knew wouldn’t be plagued with the alien zombies.

With that taken care of for the most part (she’d have to dispose of the bodies later), the Beacon of Hope kept going with the intent of using her newly blessed ability to aid the militia of the anarchist city of Persistence. The morning came upon the horizon and the Scion spoke to the city’s watch, trying to find the right words to inspire the men and woman who stood before her; battered and broken after pointless fighting of both invaders and their fellow kinsmen turned enemy.

“Warriors! Champions of Persistence, please come ‘round. I’ve come baring a message from our mother, the great Goddess Gaia. She wants you to know that your cries and screams into the night have not fallen on deaf ears. Gaia cares for all her children, you and I and everyone who lives and breathes; and on that end has the Goddess reached into the depths of the Spirit world and summoned me.”

That’s when the Child of Light pulled back her right sleeve to reveal her Gaian arm. It was several vines of green that twisted and formed into the facile of what used to be Anthem’s right forelimb, and every so often the vines would twitch and shift randomly and independently of the host. The Kishimoto woman balled her fist and thrusted her right arm into the air, covering her audience in the green glow of Gaian light.

“I’ve been resurrected because our planet faces a grave imbalance of void and death, and together we can fight! For light and life! Don’t fight for yourselves; rather fight for the person beside you. Fight for those behind you, hidden in buildings and bunkers praying for salvation. For you are Champions of Persistence! We will PERSIST! Because of your actions today forward, we WILL push the dead off our island! FOR WE ARE PALISADE, AND LIFE IS FOR THE LIVING! HUZZAH!”

As she spoke her words and shined brightly upon the group, the power of the Gaian energy would fill their hearts and souls with renewed vigor. A group filled with hopeless eyes could feel the energy motivating their bodies to heal itself faster, would soon shift into a loud and rambunctious fighting force. They looked at the newly risen Scion in awe, fully aware that she was the reason the island of Palisade had returned from the void.

Within the hour the Scion had rallied the folks, creating lines of communication and phalanxes of Militia and brave countrymen. That’s when the attack started, but this wasn’t a war with the intent to kill; but rather a path to the salvation of life.

With the Scion’s just cause, and the hopes of the people of Persistence and the island of Palisade; a holy crusade was waged and the town was purged of the unclean.

Now the Child of Light was a warrior, reborn through blood and flames to quench the flames of war and heal the world. Anthem wasn’t a priestess or cleric, so she couldn’t bless the weapons of those around her; but she did use her arm as a torch of hope. The Scion of Hellifyno would find the high ground and thrust her Gaian arm into the air, and when she did the bright light of life would race across the lands.

When the abominations of void where graced with the light of Gaia, they’d be filled with an unshakable dread. Mindless creatures would feel a primordial sense of self preservation, resulting in something previously thought impossible; they would turn and run. That gave the fighters of Persistence the advantage to shoot and slash and stab their enemies while the undead ran away. But of course the Elementalist didn’t burden them with the entirely of the task, so with proper application of rock slides, earthen spikes and sinkholes did she lend her strength to the group.

It was a long and drawn out engagement, with the bodies of the invaders and once townsmen turned enemies skewed across the island. But with each undead dispatched and each new section of ground recovered, the hope of the party grew; their moral growing as the zombie forces weakened.

The battle took all day and went well into the night, but the people never faltered from their task. Thanks to the bravery of men and woman, the island of Palisade would, once again, belong to the living, breathing population of Hellifyno.