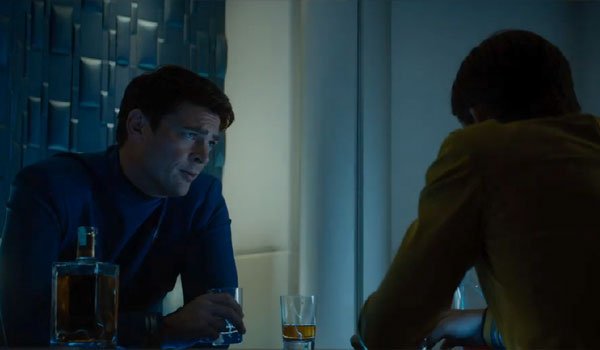 Our Mission has not changed since the last entry.

There are a few possible recruits: but I’m with-holding their names.

The Fractured Agreement IS Secure.

Spock received the, All Clear, for his Medical Evaluation back at Starfleet Command.

However, Spock has still Not returned to The Enterprise-A, as directed by Starfleet Command.

This is Troubling: Since I was informed that Spock would be returning within the Previous Week.

It’s especially, confusing: Since I consider Spock to be a Good Friend, And My Crew: My Family.

Due to Spock’s Disappearance? I’m treating his continued absence as Suspicious.

Search Crews are being sent, throughout Hellifyno, and the surrounding transports:

A Separate Report was sent to Starfleet Command regarding this matter.

My condolences to the families of the men/women who lost their lives.

Four of my crew members were found lifeless on-board the Enterprise.

Each of these crew members were from the (Medical and Science) Sections.

Dr. Mccoy has related to me that a severe loss of oxygen contributed to their deaths.

Their names are being with-held, for the dignity’s of the Family’s Involved.

A Separate Report is being sent to Starfleet Command regarding this matter.

I’d like to thank my crew for successfully beaming up three Helliyno Citizens during a Crisis.

Dr. Mccoy treated an individual who was harmed during the melee.

Their names are being with-held due to the nature of their transport.

A Citizen, aka, The Collector, was disrupting the Red Sun Inn.

My Phaser (which was set on Stun), went right through The Collector.

No damage was reported to said Citizen.

On Planet Hellifyno, I’ve met with several individuals in a small space of time.

However, one such person, Misha, has left a valuable impression on me.

This person, it should be noted, looks like my Identical Twin.

I debriefed my crew about Misha’s Role on The Enterprise.

The original Light Sabers that were created are being replicated by Ensign Joseph.

Each type of Light Saber was sent to Starfleet Command for further analysis.

From now on, these Sabers will be utilized as secondary weapons, along with the phasers.

It seems as if ‘Coquette’ has found her way to planet Hellifyno.

A Princess, or so I was told? Who has great powers, unlike that of any other?

I will not discount the possibility that those from Chambling are causing chaos?

Both on planet? And on-board my ship: The Enterprise-A.

My crew has been debriefed about this unusual shifter.

All Shifters from the planet Chamling can shift into any animal.

What if these, ‘Chamblings’, can also shift into other human forms as well?

Hellifyno has given me much to think about over these past two months.

These Citizens are as challenging, as the Interplanetary Species, within their Transports.

Grand Admiral Thrawn remains elusive, however: he has not been forgotten.

I Remain Strong: despite the enormous weight that’s been unleashed on me By Spock.

I can only, reasonably hope? That my intuition is Wrong, regarding my good friend: Spock.

Let’s hope that this is only: temporary?