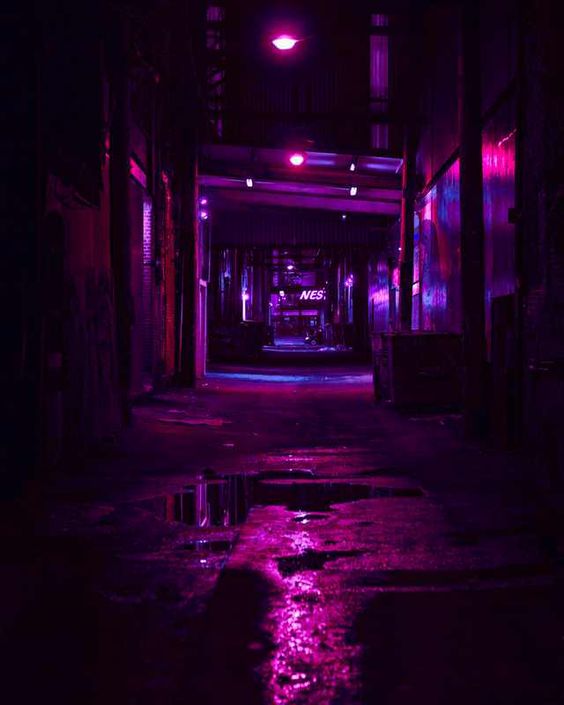 She hated the cold.

And so the carbon fiber fist that collides with his face is nice and toasty.

Street brawls were not uncommon in Seattle. More often than not, police tended to look away, especially when it looked like some petty gang squabble being settled over some fisticuffs. Crooked cops that didn’t give a shit what happened in the underbelly of the world so long as they got their cut from the boss along with their government payroll. But this fight was something else. And you could see it as clearly far away as you could up close.

The girl in the alley glows the faintest of tinged lavender from the blows to her face and torso, where others have grabbed her arms and squeezed, attempting to pin. The lines on the outside of her neck, tracing down from her lobe, over an elegant shoulder, down her bicep and the back of her arm all the way down to the tip of her middle finger match the ones on the outside of her legs too, which disappear into her shoe but climb up the outer curvatures of her toned form, seemingly wrapping themselves around her in what is actually a singular, thin, blue line that spans the entirety of her body like a crime scene chalk outline. And as she takes a hit to her appallingly smooth cheek, the line vibrates a red color, illuminating the darkened alley in which she finds herself cornered.. Or maybe it was the other way around.

Certainly so, as she flings the predator off of her with ease and into the brick wall behind them without so much as a flinch, a break in her calm demeanor. Her only reaction seems to be the tiniest huff of faux breath as the second assailant comes back for a second round, which leaves him only with a heel in his throat and her with a choking sound in the wake of her foot.

With both of them incapacitated, for the moment at least, she wrenches one up by the collar of his shirt, dragging him up off the cracked pavement with perfect grace. She holds him above her, eyes alight with fury despite their cool, effervescent blue hue. His feet dangling in front of her, his feeble attempts to fight her off, it made her feel.. monstrous. And yet so very.. very..

“Who are you working for?” The synthetic vocal chords play back her voice in a way that still sounds alien to her. Never before had she sounded so smooth and dulcet. No wavering in her syllables, no cough, no itchy throat to mar their cadence. Her voice is clear, incredibly so, even in the constant rain that seemed to drown out all else.

Once more, she slams the man against the brick wall, this time, she hears a few snaps, crackles, and pops. He yelps like a kicked puppy, and she simply asked again, her voice the same calm, tenderness it was before, as if she were speaking to a child rather than an attempted kidnapper.

“Oh…” She muses thoughtfully, almost apologetically. “Let me guess.. He just told you I was missing, right?.. Just that he wanted his precious baby girl returned.. That he would give you a whole awful lot of money..” The glowing femme gingerly strokes his face, smoothing his disheveled hair, his wrinkled shirt, “..That it’d be an easy job; I’m only a little girl.. And you’d be awarded handsomely.. And he’d be ever so grateful.. Right?” He doesn’t have to answer the rhetorical question. She already knew. “In that case, I’ll do for you what I did for the others. You can go..” She held up a single digit. “On one condition..

“Tell Mr. Halley.. That Czarina Dahlia is dead. She died four years ago, and she is never coming back.”

She releases the man, who slumps to the ground in a heap of broken bones, and she turns on her heel, headed for the mouth of the alley and out onto the wet street.

It was true. Czarina Dahlia Halley did die four years ago, and her mind was plucked from her shattered body and placed into this shell, a hologram of who she used to be, a jinx, a hoodwink, a pretender to be human. She died, and in her place..