Home Wraiths of the Giovanni Kingdom: What you need to know pt. Three

Wraiths of the Giovanni Kingdom: What you need to know pt. Three 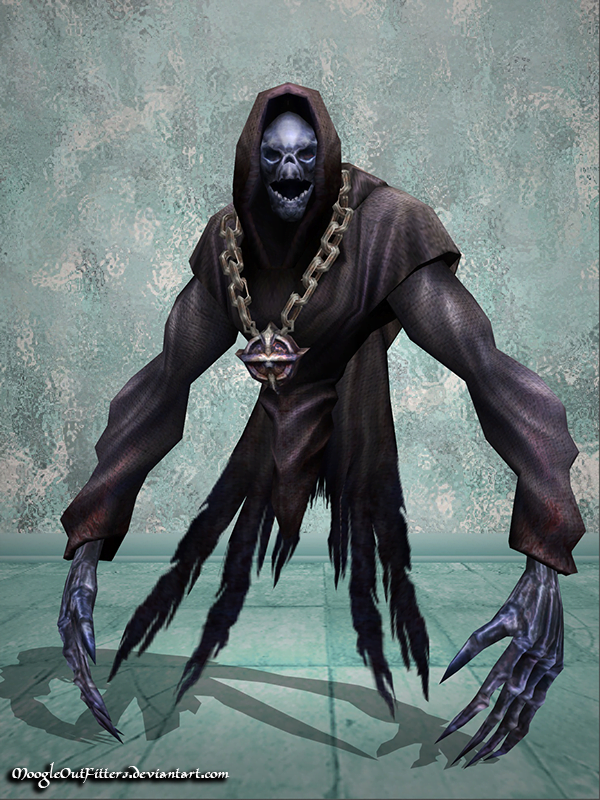 Forewarning. A lot of information here is reposted from the V:tM website regarding these specific creatures and characters. Please keep in mind that some things have been changed to allow them to be properly played here on the site. If you have any questions, please be sure to ask Augustus Giovanni via inbox, PM, or through facebook. Otherwise, feel free to research yourself. These books and the information that come from them are very well written.

A wraith is a ghost, the soul of a person who has died unfulfilled and now haunts the Shadowlands [the underworld. or Land of the dead. Also known as the Deepend of the Umbra].

For some reason, known or unknown to the wraith, they are still tied to the living world (the Skinlands) and cannot pass on to the ineffable afterworld.  Wraiths are confined to the Underworld, a parallel reality which is tangentially connected to the living world, but distinct with its own laws and physics.

About 5% of people becomes wraiths after death in time of relative calm. Far more in times of great calamity and suffering. For example, there were about one million active wraiths in London Necropolis before the Great Maelstrom. In the World of Darkness, it is plausible a sizable percentage instantly becomes Spectres at the time of their death.

Physically, a wraith is a coherent “body” of plasm, the substance that makes up the majority of the Underworld. Plasm is a non-material “stuff” that houses the wraith’s soul and which the wraith unconsciously shapes into a form resembling their living body (often somewhat exaggerated, and incorporating Deathmarks). The wraith’s Corpus, their body-equivalent, can be changed by Moliate or through soulforging and has only a loose relationship to what the living would think of as a body. Most wraiths are solid plasm – which is to say that if a wraith were chopped in two, there would be no internal organs, just a consistent mass of “stuff” throughout the body.

Wraithly bodies are subject to their own distinct metaphysics; in the Shadowlands and Tempest, they obey local rules of gravity, but under certain conditions can pass through material things (informally called the rule of ouch). Plasm can also be used to manufacture objects and many of the items in wraithly society are comprised of other wraiths.

The wraithly mind is divided into two parts, the Psyche and the Shadow. After death, the negative, self-loathing and self-defeating parts of a wraith’s personality form a distinct archetypal personality of their own. This personality, the Shadow, is in communion with the darker forces of the Labyrinth and serves as a constant foil and antagonist to the Psyche. The Psyche, in turn, is the wraith’s original personality, or at least the parts of its personality that retains its humanity and sense of survival or will to live. Wraiths have a higher, positive personality as well, usually termed the Eidolon. In the modern era, the Eidolon is generally fairly weak due to the severe suffering and cynicism in the world and most wraiths are only marginally aware that they have one.

Life cycle and types of Wraiths

Wraithly status is defined by a combination of age, maintenance of one’s Fetters and Willpower. The lowest form of wraith is a Drone, a wraith that does not have any Willpower or personal identity, drones are condemned to eternally act out their personal tragedies and are tightly bound to their Passions and Fetters. Having no personality or self-will, they are usually converted into raw materials as soon as they are found.

Self-aware wraiths begin as Enfants; when a person dies, its soul is reborn in the Underworld covered in a layer of plasm called a caul. The caul acts as a cocoon that keeps the wraith docile until it is removed, a few wraiths remove their cauls themselves, but the majority of cauls are removed by another wraith, traditionally called a Reaper.

Young wraiths are called Lemures, with the distinction between a young and an older wraith primarily being Fetters. A Domem is a wraith whose Fetters are all destroyed, preventing them from staying in the Shadowlands for any period of time – while Domemhood generally implies age, a wraith can become a Domem while still very young, all it requires is that their Fetters be destroyed. A Gaunt is an older wraith who has resolved one or more of its Fetters and still maintains them. Gaunts are significantly more powerful (and generally more canny) than Domems and are consequently more respected in wraithly society, though there are rare exceptions, such as the Deathlords.

The final distinct class of wraiths are Spectres, which are wraiths who have been absorbed by Oblivion. Spectres have their own society and from the wraithly perspective are mostly hostile entities out to destroy all other wraiths.